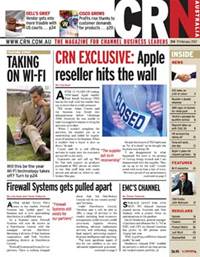 This article appeared in the February, 2007 issue of CRN magazine. 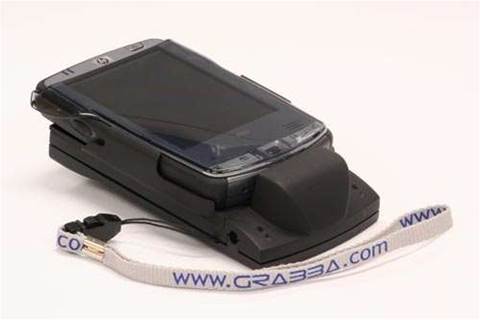 Page 1 of 2  |  Single page
The scount motto is: ‘Be prepared’. Once, this might have meant with map or compass or the obligatory two sticks to rub together. Today, bar code technology has helped the Australian Scouts to prepare better for their 21st Jamboree, held on 2 to 13 January in Elmore, near the Victorian town of Bendigo.

For the first time, bar code scanners and handhelds were used to give 34 first aid staff – spread across four locations – emergency access to the medical records of the 8000 Scouts who attended the jamboree.

And the successful deployment at the jamboree heralds a new wave of potential opportunities for resellers. David Murphy, vice-president of engineering at Brisbane-based Grabba International, which developed the bar code scanners, says plenty of situations exist where resellers could dream up similar implementations, across various verticals.

Successful deployments have already been made in such areas as medical and healthcare, asset management, track-and-trace, transport, courier and freight applications.

“There are a lot of new partners starting up all the time to port their software solution to work with Grabba and offer Grabba [hardware] as part of an offering,” Murphy says. “Grabba products can play a role in just about anything.” Anywhere that customers have goods to track and trace, resellers can benefit from creating innovative applications around bar code-related hardware and standard software, he says.

Healthcare applications in particular could be trembling on the edge of a growth spurt already happening overseas. “In the US, there’s legislation where the doses of drugs they’re giving to patients – right down to individual tablets – have to be recorded, by scanning patients’ wristbands,” says Murphy.

Andrew Rothwell, IT manager for the jamboree, says the problem for the jamboree organisers was maintaining accurate patient records and delivering fast and appropriate first aid and medical care to the young Scouts without violating modern privacy and security considerations.

This year’s national jamboree involved 13,000 people, including 8000 Scouts – boys and girls aged 11 to 15. “The jamboree was really a small [temporary] town – bigger than Bendigo and Echuca,” Rothwell says. “And it was about five years in the planning.”

The Scouts themselves were present for 10 to 13 days on the four sites at Elmore, Echuca, Nagambie and Bendigo, enjoying different learning experiences and activities such as rock climbing and orienteering, with volunteers and some older members of the Scouting movement – Venturers and Rovers – supervising.

“It happens every three years,” says Rothwell. “It’s national, but we also had about 300 international Scouts. We had people from NZ, the US and Europe, and this year marked 100 years of Scouting.”

Scouts – like other young people – can be playful. Yet some harmless-seeming stunts, like swapping identities to confuse team leaders and similar, can in the wrong situations prove dangerous. And, as Rothwell says, a child may be knocked out – an unconscious child cannot say who he is or what medical conditions he has, for example.

Jamboree organisers wanted a reliable, accurate way to identify
the Scouts and match them up with their most up-to-date medical and personal records in the case of accident or incident.

Rothwell says they approached Grabba International to come up with a solution.

Initially, radio frequency identification (RFID) tagging was considered – after all, it’s all the rage, and Grabba specialises in RFID too.

However, Rothwell says that Grabba suggested what they wanted would be more cheaply and easily done by standard linear, one-dimensional bar-coding. Bar codes – made of weatherproof wristbands and neck tags – could be assigned to
Next Page
1 2 Single page
Got a news tip for our journalists? Share it with us anonymously here.

This article appeared in the February, 2007 issue of CRN magazine. Subscribe now