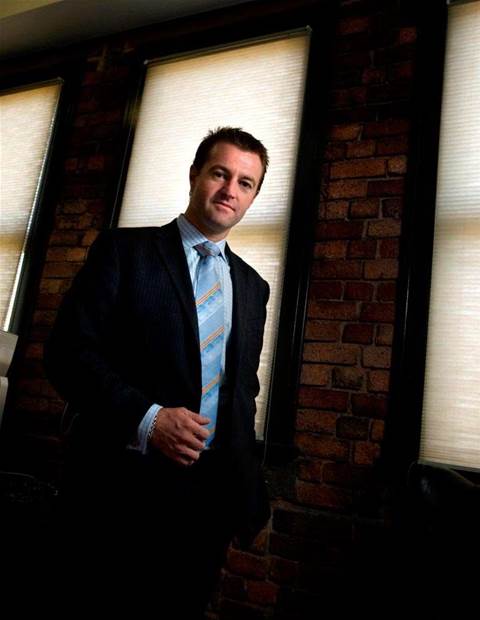 If you wound back the clock a year to when the global financial crisis was undermining business confidence across the globe, sales people faced bleak prospects in hitting their targets.

IT consultancy Nexus decided that instead of flogging its sales team harder the company would sow the seeds for better times when companies felt like spending again.

CEO John Dobbin remembers the moment. "During the fearful stage of the GFC, when every CFO suddenly morphed into Mr Incredible's mate Frozone, and turned all IT budgets to ice, we turned up our marketing efforts in order to expand our client base," he says.

Nexus ran seminars on how to achieve more with less budget: virtualisation, storage consolidation, managed services. It built relationships and deepened existing ones.

The strategy paid off, Dobbin says.

"Now, not only are budgets thawing out, but there is plenty of pent-up demand," he says.

"Not surprisingly, our pipeline has rarely looked healthier. Last month we employed two more engineers to cope with the extra workload. As for activity, the sales organisation is flat out doing final quotes as IT managers and CIOs see what they can squeeze out of their remaining budget."

Nexus is getting a lot of minor upgrades - a rack of disks, desktop refreshes, a firewall or two - but the meaty part of the pipeline are major projects that CIOs want ordered in this financial year. These include data centre refreshes, digital asset management deployments, new publishing systems.

Marketing is focused on building momentum for next financial year, given the minimum lead time for a decent sale is three months, Dobbin says.

Nexus' sales cycle is affected by the control the integrator has over its customer's IT spend. Where a customer engages Nexus for a full managed service, with budgets set out in advance and periodically signed off by the CEO or CIO, the integrator controls technology decisions and spending, to develop its position as the customer's trusted adviser.

However, Nexus has many corporate clients that have conflicting agendas and competing suppliers. These constraints - and the fact that it can take six to 12 months for the customer to write a cheque - mean that although the sales pipeline is healthy the orders come in lumps.

Accordingly, Nexus targets larger-sized jobs such as a data centre refresh or a national roll-out where it can control delivery and manage it without the customer becoming too stressed.

Dobbin nominates next-generation virtualisation projects as a major sales driver. "Last year some clients may have virtualised part of their infrastructure but now they are looking at near-total virtualisation - putting in a private cloud, if you like.

How to manage temptation
Vendor and distributor incentive programs can have a marked effect on your reps' behaviour. Just make sure it's to your benefit

Vendor sales incentives work, but sometimes they work too well. "If there's a program on that you can get a Rolex watch for a quarter then you're certainly going to pay attention and knock on doors. It's a motivational thing," says Dimension Data's Terry Smyth.

However, picking a rebate-pushing vendor for a storage array might sit at odds with the solution architect's recommended provider.

Thomas Duryea CEO Andrew Thomas has final approval of all "front-end" rebates that directly reward sales people. The integrator's specialisations drive strategy and determine how solutions are put together, and Thomas allows the rebates where they align with these designs.

Sometimes that means a rebate will only be considered if a competitor has one in place, too.

"Both storage vendors [EMC and NetApp] are offering very effective front-end rebates and they definitely drive mindshare for my reps. I would not allow NetApp to put in place a rebate structure with my reps that isn't met with something similar from EMC because it will drive uneven behaviour."

Ultimately the size of the rebates is small compared to what the integrator's staff earn, so their impact is relatively modest, Thomas says.

"While it is a teaser and it does interest them most of my guys are driving BMWs already and the amount of money the reps give them doesn't make much difference."

Smyth agrees that rebates come second at Dimension Data. Deciding which vendor to use is determined by the customer business case than a particular offer on the day, Smyth says.

1. Properly document the pipeline. This includes not just the list of products, but what the customer is trying to achieve, and what their key timelines are.
2. Analyse the pipeline. Analysis will tell you which additional elements could be offered to a solution. This might include an upsell made possible due to available customer budget or special deals from vendors.
3. Analyse customers' IT roadmaps. Deals that aren't scheduled to close until the new financial year could be brought forward, again either to use up available budget or to special offers from vendors.
4. Enlist the assistance of a distributor. A distributor has relationships with key vendors and can identify relevant special offers at the vendors' end of financial year or end of quarter.

Conventional sales wisdom holds that the end of every financial year must be a good time to sell because so many vendors (IT and otherwise) start dropping prices and driving deals.

EoFY selling "trains the customer what to expect, resulting in poor buyer behaviour," he says. Butel compares the end of financial year rush to abandoned experiments for set days for cheap petrol. Now instead of "Cheapie Tuesday" people don't really know when petrol is going to be cheap.

He advises sales people to be more strategic about closing end-of-financial-year sales. Desperately selling discounts for deals that close before June 30 sends the wrong message; that the reseller is interested in sales dollars whether the solution is positive to the client's business or otherwise.

One exception is government agencies, which must exhaust their IT budgets or lose them the following year. Dimension Data's Terry Smyth says colleagues selling to government accounts "have a bit of a turkey fest" in June.

"They do get the phone call on the last day of the month, saying, "Hey what can we buy? You know all that stuff you quoted months ago, can you get that quote out and deliver it tomorrow?'"

But he says the EoFY frenzy is not something for which the integrator plans. "It's all tactical and you're going to service that as best you can. I don't think there's any strategy. It's just a phenomenon of the inefficiency in that customer area."

Andrew Thomas says Thomas Duryea deliberately tries to avoid letting its customers get to June 30 with a bucket of money that must be spent on desktop upgrades and the like.

Instead the integrator plans the year with customers and books in major projects to take advantage of vendors wanting to meet sales targets.

"The vendors have trained everyone in the market to expect discounts at end of quarter and end of year. We know when [the IT projects] are happening and we will leverage vendor end of quarters. We say to a customer you need to do this [security project] and the best time to purchase from Symantec is at this point, this point, and this point through the year because they will be very, very keen to win your business."

Giving priority to the customer's calendar is not just a way to buy goodwill and cheaper prices for customers. Vendors can end up driving behaviour in a reseller if the reseller doesn't set their own calendar and align it with vendors, says Thomas.

Aligning calendars, however, can be tricky. US vendors can end their financial year in March or December. Smyth has customers whose financial years end in March, June, September and December.

The reports help avoid confusion. If the vendor nominated a target of $10 million for the US financial year, the reseller might think it had already booked $6 million in the first six months of the Australian financial calendar.

"Open communication is one of the keys to the success of our business. Being able to communicate openly means you need to be accurate," Loparow says.