Sliced Tech: Competition can bring out your best 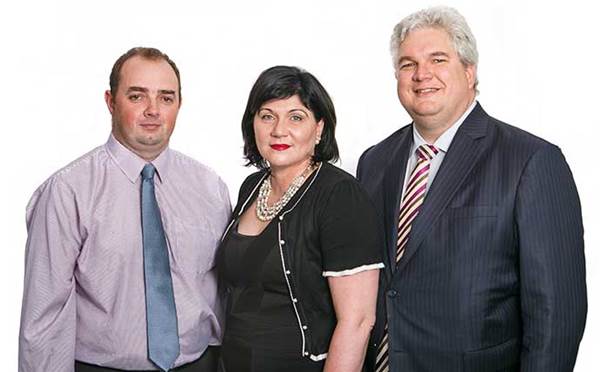 Fast-growing companies can go in many directions after a successful year. They can hire new staff, sign up more customers or expand their product set. Last year’s CRN Fast50 winner is doing all of the above, while making sure its customers still come first.

Sliced Tech made a name for itself in Canberra racking up big name government customers with complex security and compliance needs. In September, Sliced Tech made headlines by nabbing a $5 million contract with the Clean Energy Regulator from services giant Fujitsu.

So what’s Sliced Tech’s secret to beating the big guys? Chief executive Jason McClure says competition is one of his company’s biggest advantages.

“One thing we have to do to compete with much larger players is continually innovate and find new ways to add value. As a result, we’re constantly bringing new services to the market,” says McClure.

Sliced Tech isn’t expanding too far out of its realm as a managed ICT and cloud services partner. Business intelligence, big data-as-a-service and a secure Dropbox-style service for government customers are some of the new areas they are investing in.

“I think we were the first company to offer big data-as-a-service to government at a classified level. We won our first contract in April last year to deliver a big data platform. We’ve since won two other pieces of work. A couple of them with another partner to deliver big data and business intelligence services,” says McClure.

“In Canberra, the IT market has a shortfall in quality technical staff to meet all the demand for some major projects. The growth in the past has exceeded our ability to find quality staff, which has led to that slowdown last year because we were busy trying to recruit in preparation for future growth and also deliver our current projects.”

“The challenge for us is that we’ve always got a good core customers base that we want to keep satisfied, so we will prioritise our efforts in ensuring our current customers come first and then we’ll utilise any leftover capability to pursue new business.

“That’s put us in really good stead, but that does also mean that I limit the resources made available to go pursue new verticals because my focus is on getting customers’ trust. I need to make sure I repay that trust many times over.”