Staying secure at the Olympics This article appeared in the 7th July, 2008 issue of CRN magazine. 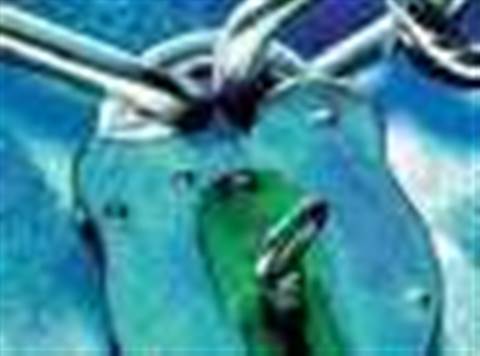 China is allegedly home to some of the nastiest malware and spam writers in the world, according to numerous security experts.

And Beijing, the nation’s capital and second largest city, is only months away from hosting the Olympic Games where it’s likely millions of people will descend with an abundance of information-rich mobile devices.


Chinese hackers, along with Eastern European hackers, American hackers and hackers from all other regions in the world will use the Olympic Games during August 2008 as an opportunity to socially engineer millions of Internet users into divulging valuable information to eventually sell or trade on underground black markets.

The burning question is how severe will the attacks be against spectators visiting the country and how should they protect themselves?

One way or another cybercriminals are planning their attack methods
and users have to be vigilant.

He said, although specialised malware that targets mobile devices is much rarer than mainstream malware aimed at Windows, it is still targeted.

Routley’s concerns lie with business people and he warned they are likely victims.

“Business people visiting the games, in particular those representing sponsors, need to be particularly cautious. The attackers will know which organisations are sponsoring the Olympics and will no doubt
begin tailoring targeted attacks at various individuals in those organisations. As a result all individuals, regardless of which organisation they represent, need to apply commonsense when using a BlackBerry or other mobile devices,” he said.

Meanwhile, Australians need to be aware of the information residing on their devices and the risk the data may pose if it is lost or stolen, according to Australia’s Computer Emergency Response Team, AusCERT.

“It is also important to remember that portable devices can bring back threats to your home network,” said Paul Fahey, computer security analyst at AusCERT.
He added: “The security threat to portable devices is just as strong in Australia as it would be in China, it’s large events such as the Olympics where proximity becomes an issue, especially with portable devices with wireless capabilities.”

He warned that free hotspots are generally unencrypted and expose information on portable devices and advised that those considering using the Internet from a hotspot should use caution.

“Don’t use them to access services with confidential information and only store on them information you need for the time that you are away,” said Biviano.

“Also, ensure that the device itself is not stolen – with the release of the next generation i-Phone, users of these devices need to pay close attention to prevent theft,” he added.

Eliminating threats in-the-cloud is the only surefire way to ensure these mobile devices can continue to be a benefit to the user, rather than a hindrance, added MessageLabs’s Philip Routley.

My advice – keep the devices at home and enjoy the Games.

This article appeared in the 7th July, 2008 issue of CRN magazine. Subscribe now