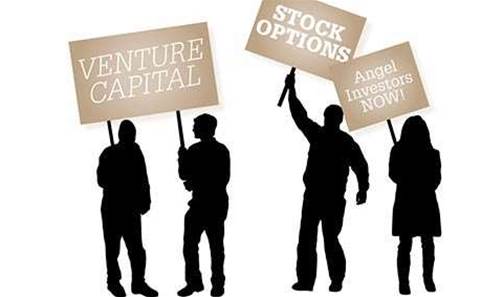 When it comes to Aussie hardware makers, Ninja Blocks is one of the hottest. Ever since the startup exploded onto crowdfunding website Kickstarter – raising five times its $24,000 goal – co-founders Daniel Friedman

and Marcus Schappi have kept developing their vision for the ‘internet of things’ without respite. They are representative of a new breed of Aussie entrepreneurs birthing their startups into a global marketplace and seeking innovative ways to fund their dreams.

Ninja Blocks are tiny computers that respond to their environment. For instance, turning off lights when no one is in the room. Each Ninja Block connects to a cloud app such as Dropbox or Twitter and is programmed through the Ninja Cloud service using a simple syntax, “If something happens, do this” – what is broadly dubbed IFTTT, or If This Then That.

The first-generation devices are popular with hobbyists, and now the founders hope to go mainstream with their new Minority Report-style Ninja Sphere that can be controlled with hand gestures.

“Kickstarter allowed us to ship our first idea,” Friedman says. “A lot of people were trying to do interactive devices in their home but it was difficult for a non-technical person.”

But before it becomes a home automation megabrand, Ninja Blocks must crack investor intransigence. In just 36 hours last January, Ninja Blocks proved their first crowdfunding exercise wasn’t a fluke by raising $700,000 from nearly 1,800 Kickstarter backers for the Ninja Sphere. But when they asked for $500,000 on a company valuation of $2 million last year, Australian investors knocked them back.

It was only after a trip to Silicon Valley that they got the money they needed. Atlassian co-founders Scott Farquhar and Mike Cannon-Brookes – one of the leading examples of Australian startup success stories – along with Australian venture capitalist firm Blackbird Ventures were among those who invested $1 million.

But the advantage of crowdfunding stretches beyond capital, Friedman says: “It’s like a canary in the coal mine.

“We realised we could interact with our community through our forums and we figured out a lot of what was missing in the field. The core concepts we saw were missing looked disjointed on the face of it but fitted in with a bigger theme.”

That led to controlling devices such as powering appliances using natural hand movements. The other aspect was making the network self-aware.

“You can put tags on keys or pets and we can track devices,” Friedman says. “We get the signal strength and compare it to three known points and then do some magic with machine learning so you know where everything is.”

Another application includes tracking residents in aged care homes. Ninja Blocks is building into a platform to license to home devices companies such as Philips, he says.

Home automation is already a busy sector, with the likes of Belkin betting big on its WeMo range, as well as recent entrant to the Australian market, Lively. This activity sensor maker was founded in Silicon Valley by an ex-Apple worker and designed by the same firm that designed the Nest Smart Thermostat, recently bought by Google for US$3.2 billion. In Australia, Lively is being distributed by Hills Ltd, the company that invented the iconic Hill’s Hoist washing line in the 1940s.

There is good reason to bemoan the Australian startup scene, at least in comparison to the brains hub of Silicon Valley. According to a recent report by StartupAUS, an organisation backed by the likes

of Google Australia director of engineering Alan Noble and Matt Barrie, founder of Freelancer.com, startups still represent an infinitesimal part of the economy.

The Crossroads report, published in April, shows that in the US, high-growth companies backed by venture capital (VC) account for 21 percent of GDP – $3.1 trillion in revenue – and employ 12 million people. Contrast that with Australia, which has only 500 venture capital-backed firms, generating 0.01 percent of GDP.

The Crossroads report claims there are just 1,000 tech startups in Australia, or 0.047 percent of the  nation’s businesses.

Adrian Turner, co-founder of San Francisco-based mobile security company Mocana and author of Blue Sky Mining: Creating Australia’s Next Billion Dollar Industries, writes in the report: “Today, 70 percent of Australia’s economy is services based and susceptible to digital disruption. We can’t put our head in the sand and ignore this domestic and global transformation. We either get ahead of it, or become irrelevant in the global context.

As a nation we need to affect systemic change now.

“Entrepreneurialism is at the heart of this retooling. Having spent the last 12 years in Silicon Valley, I have witnessed the creation of new companies that have become global franchises. Silicon Valley has perfected the methodologies to take inventions and innovations, turn them into products and not stop until they are global billion-dollar businesses.”

The startup petri dish that is Silicon Valley is now being replicated around the world. Atlassian’s chief people officer, Jeff Diana, tells CRN: “The Valley will always be the hub due to the nature of technology and the startups that sit here – the demand is higher than the local talent – but if I look at the trend around talent, it is looking to other markets. You could look at the Mid West or South East – smaller cities that are becoming technical hubs due to the cost of living compared with the Valley.”

For Atlassian, the “biggest movement is talent from Europe to Australia,” says Diana.

As well as a fight for funding, startups will face a war for talent, one that is waged against some of the biggest names in the tech industry. But Diana says smaller companies do have advantages. Whereas Amazon or Google might have the biggest budgets, they can’t offer the kind of freedom seen at the smallest startups, where engineers can stamp their own mark on an entire product set. Atlassian sits somewhere in the middle, says Diana.

“We are still a company where you can do that. The pure startups say, ‘You have to do everything’. Do you like that value proposition? Talent has a great ability to pick which of those flavours they [choose].”

There are forces trying to invigorate the startup scene in Australia. According to a PwC study commissioned by Google Australia, high-growth technology companies could contribute 4 percent of GDP – or $109 billion – and add 540,000 jobs to the Australian economy by 2033.

What is lacking is investment. The April 2013 report, ‘The Startup Economy’, recommended more early stage funding as a way to build the startup scene.

“Funding for the Australian tech startup sector exists, but is in short supply. Australia invests approximately US$7.50 per capita in venture capital per annum, compared to the US ($75) and Israel ($150),” according to the report.

This dearth of VC money is leading to some creative crowdfunding models. One is VentureCrowd, developed by local VC outfit Artesian Venture Partners.

Artesian managing partner Jeremy Colless says there is a large number of sophisticated investors in Australia who have not previously invested in the startup space. “The wholesale investor market in Australia is large, with 207,000 wealthy individuals in Australia sitting on $684 billion worth of assets.

“Until now, there have been major barriers to entry for investors in startups. An investor either had to have a large amount of money and time available to screen and review each potential startup investment personally, or had to commit as much as $250,000 to a venture capital fund to qualify as a limited partner.”

Another organisation is OurCrowd, backed by channel veterans David Shein and Nathan Cher, who co-founded Com Tech Communications, which was established in Australia in 1987 and later bought by Dimension Data.

OurCrowd is an ‘equity crowdfunding’ site, which selects startup investment opportunities for accredited investors to pick from. Investors must meet special criteria and invest a minimum of $10,000 per deal.

On its launch in February, Cher said that in Australia, OurCrowd had more than 300 accredited investors, of which 30 had put money into the OurCrowd portfolio.

Ninja Blocks shows that even the most successful entrepreneur can be bruised. Angel investor James Spenceley says that this makes him a bit more cynical when assessing whether he will invest in a startup.

“Knowing how hard it was – and how lucky I was – predicates a real negativity,” says Spenceley, founder and chief executive officer of telecommunications provider Vocus Communications. “That discourages me because I know how hard it was and how close to the wire we were so many times.”

By his own admission, Spenceley is more conservative than the average entrepreneur: “If they don’t believe their own Kool Aid, they wouldn’t be attempting it.”

He believes his counsel to “wide-eyed” entrepreneurs is as important as the dollars he pumps in. “I think of myself more as a business person than an entrepreneur, who tends to be very bullish.”

Under Spenceley, Vocus has bought a handful of businesses. He invested in photographic startup ImageBrief, website accelerator Squixa, and earlier this year mobile payments startup Beat the Q.

He invested in Squixa because it slashed page download times on Vocus’ site from five seconds to 1.6 seconds. He invests in businesses that are in areas he relates to, but he stays emotionally detached.

“It’s not as bad as being a mushroom but compared with being in control of your own business, it’s largely different.

You don’t get enough information, which is frustrating because I’m used to living and breathing my own figures.”

According to business benchmarking firm Compass, two-thirds of US startup founders pay themselves less than US$50,000 a year ($55,000). And while Australians pay themselves the highest global average, US$72,363 a year, many earn far less than they would as employees.

Fortunately, the transition to a profitable enterprise can be sped up with technologies such as cloud and SaaS, along with Agile development methodologies that emphasise building a minimum viable business as quickly as possible.

That was the case for the co-founder of Maestrano, which aims to provide cloud apps for SME. Stephane Ibos came to Australia from his native France to start a business with co-founder Arnaud Lachaume, but first the pair ensured they had rights to their idea while they worked in their spare time.

“Before Arnaud and I started, we declared our side work so there were no surprises,” Ibos says.

Ibos says there is a great camaraderie in the Australian startup scene, especially where Maestrano settled in Sydney’s digital hub of Surry Hills and Ultimo. An Australian Bureau of Statistics study commissioned by the City of Sydney last month identified the area around Central station as a hotbed of economic development that is rejuvenating the inner city, with 47 percent jobs growth in the past five years – about five-times the national average in the same period.

“There’s solidarity so you can always find someone willing to spare a bit of their time to help you,” Ibos says.

The founders and their backers – which include Gary Jackson, former managing director of Cisco Australia and now Aruba Japan vice president – hope Maestrano will be a one-stop shop for SME apps such as SugarCRM and Simple Invoices served from Amazon Web Services.

“All are proven applications and used by a couple of hundred thousand enterprises worldwide,” Ibos says.

“SMEs miss out on massive opportunities because they don’t have the systems to answer bids or win enough market share. We really need to simplify their access to tools and deliver the service that meets their business requirements.”