Storage: A ‘CASL’ within a fortress 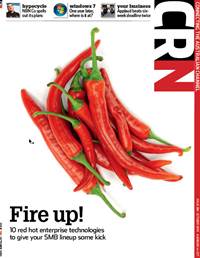 This article appeared in the October, 2010 issue of CRN magazine. 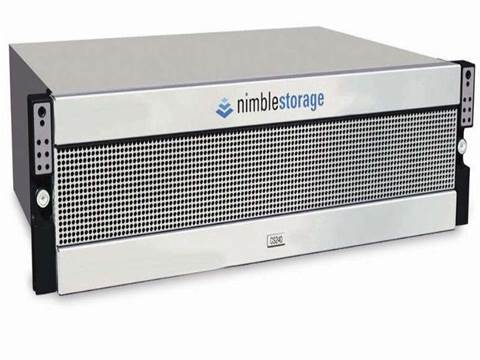 Nimble combines primary, secondary and backup storage in a 3U server

Newcomer Nimble Storage has built what IT administrators might call the Holy Grail of high-performance data storage: a single box that delivers primary and secondary iSCSI storage along with off-site backup that does not involve tape, optical media or even backup time. Oh, and each box is fully redundant.

Sound too good to be true? Enter the CS-Series, a line of systems built around a sturdy SuperMicro 3U server chassis that incorporates all of those capabilities at a starting price of around $US50K. But the real crown jewel of this system is in its software.

Dubbed Cache Accelerated Sequential Layout, or CASL, the proprietary system employs solid state drives to handle the random IO traffic common to applications for SQL Server and Exchange while leaving the SATA drives to do what they're best at: sequential reads and writes.

To keep the drives working in these roles, CASL sequences random data before writing it to the SATA drives, and pre-fetches random data before it's read, laying it out in sequence for faster access. Real-time garbage collection performs a kind of on-the-fly disk defragmentation, which all but eliminates the so-called hole-punching that saps capacity. Administrators also will appreciate automatic compression (typically 2:1) and the ability to expand a volume's allocated space on-the-fly; CASL performs its "partition magic" in mere moments (but Windows still requires a manual refresh).

When setting up a volume, administrators can assign a predefined application profile-such as those for Exchange 2003, 2007 and 2010, SharePoint, SQL Server or VMware-or accept the default. These do make a difference, as our performance data bears out. Other defaults include thresholds for quotas, snapshots and warnings. Next in the process, the administrator is prompted to select a protection set, which assigns a snapshot frequency based on the application and its importance to the organisation. Predefined values exist for Exchange (one snapshot per day); as well as those for mission-critical (once per hour); production/database (one per hour plus one per day); and a custom setting.

Also part of Nimble's secret sauce is an automatic allocation of 20 percent of drive space to snapshots, which are automatically created on a customisable timetable of minutes, hours or days. In just a few minutes, testers were able to create a snapshot of a 200-GB volume, convert that snapshot to a volume and mount the cloned volume just as if it were the original. In the event of data loss or corruption, users can be diverted to the cloned volume while forensics are performed on the damaged data. Nimble also can back up directly to Hyper-V and VMware virtual images.

The Nimble CS-Series box was one of the easiest we've had the pleasure of setting up and testing, thanks in part to Bonjour, Apple's zero configuration service discovery protocol. The Test Centre would like to see more products embrace Bonjour (formerly known as Rendezvous), which makes raw devices visible on the network for administration.

Performance
For testing, Nimble sent the CRN (US) Test Centre a CS240, one of its highest-end devices. This unit was equipped with four 160-GB SSD drives from Intel and 12 2-TB Western Digital RE4 drives, each with its own 64-MB cache. All drives are rated to deliver a transfer rate of 3 Gbps. The drives by default are configured as RAID 6, which the company says delivers the best performance.

We used the IOmeter test tool to measure performance from a Dell Precision T1500 workstation running 64-bit Windows 7. Using iSCSI Initiator, we attached to the Nimble array via GBit Ethernet on the same subnet that was used to administer the box. While performance might have been better if connecting to the array's subnet, as a server might, testers believed their configuration better reflected that of a typical enterprise worker.

Using default settings, the Nimble CS240 delivered a peak data transfer rate of 112 MBps in sequential writes, and 75 MBps in random writes. Random and sequential peak rates were about the same. But when the volume was tuned for Exchange 2003, which performs numerous random reads and writes, those peak numbers for sequential reads and writes became the average, and random performance jumped significantly. Average performance for random writes went from 39 MBps in default mode, to 46 MBps when tuned for Exchange 2003. And for random reads, performance jumped from 68 MBps to 73 MBps when tuned for Exchange. Clearly, Nimble's software made the difference. Average power consumption is about 485 watts.

Designed for midmarket companies with 200 to 2,000 employees running Microsoft applications, the Nimble Storage CS240 (as tested) lists for $US99,000, including off-site replication and real-time diskless backup. For its fault tolerance, performance and innovative software, the CRN (US) Test Center strongly recommends the CS240 from Nimble Storage.

This article appeared in the October, 2010 issue of CRN magazine. Subscribe now