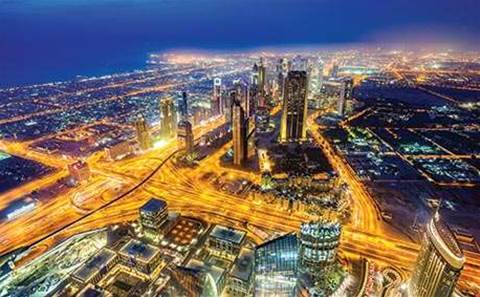 There’s never been a better time to go back into your customers and alert them to opportunities to upgrade their wi-fi networks to the latest technology, and likewise turn them into money-spinners by using clever data analytics.

“It’s a land grab. The new battleground in public wi-fi is analytics,” says Pat Devlin, ANZ managing director of Ruckus, one of the fastest-growing wi-fi vendors (it sold $94.5 million of equipment in the last quarter of 2014, up 18 percent on the year before, according to Canalys).

“[Shop owners] want to see your journey through the store and understand the decisions that you make.”

‘Window conversions’, where a consumer shifts from window-shopping to buying, are a powerful selling point. Accurate geographic analytic engines can tell when a shopper has stood outside a display for a time (‘dwelled’) before going into the store.

Analytics can influence rents, as landlords use foot traffic to decide how much to charge shopkeepers. Retailers can also track consumers as they move from online to the real world. Devlin says digital signs will use this feature to customise details to particular shoppers; it could show special offers to close the sale on the spot.

But coupled with the huge growth in wireless data analytics are issues of privacy and security.

If you walk around town with your smartphone’s wi-fi turned on, chances are that someone knows a lot more about you than you might feel comfortable revealing. These free wi-fi access systems may promise anonymity, but how realistic is that pledge, anyway?

“A lot of the time the sale of networks is done based on, ‘We’ll give you inside data on what pages [consumers] are looking at on their browser and track them’, ” Hall says. “But the consumer isn’t in the middle of that project. It’s more a relationship between the retailer and marketing-analytics company.”

It’s trivial to measure most Australian’s public habits because we leave wi-fi on all the time. In this passive mode, we’re broadcasting a lot about ourselves even before we explicitly log on, something network owners exploit.

Wired Sky delighted Vivid festivalgoers last May by collecting their de-identified wi-fi data as they walked through more than 50 points of interest in Circular Quay, in what was the biggest outdoor location-based wi-fi service in the Southern Hemisphere.

Wi-fi access points (APs) locked on top of lightbox signs at each art installation captured data from the 750,000 devices owned by the 1.4 million people who attended the 18-day event. This data was sent to Ruckus’ SPoT smart positioning analytics cloud before going to IBM’s analytics for projection as an ever-shifting heat map on the giant chrome heart opposite the Museum of Contemporary Art. It showed how many people visited an artwork on the LightWalk and how long they stayed. And it reported to organisers how many repeat visitors there were.

Wired Sky had just two weeks to stand up the network, including custom AP installation and testing. Destination NSW was able to quantify Vivid’s success and know which installations were the biggest crowd-pleasers.