Suck it up, princess 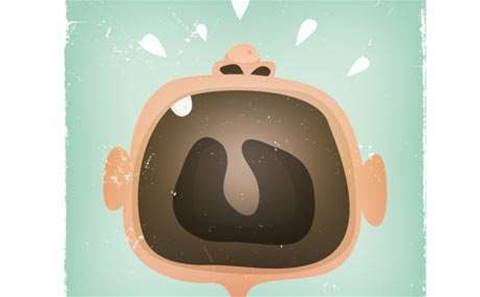 The times, they are a changing. Cloud and devices have made sure of that. The traditional model of a reseller channel is dying – and quickly. Partners must adapt, change, and evolve if they want to survive in this new era.

Harsh words I know, but bear with me now.

Traditionally, vendors have required, sustained, nurtured and supported channel models because they needed the additional boots on the ground to reach customers. This made sense in a time where direct customer reach was only possible by brochures and catalogues sent via the postal service.

We now live in an era where marketing rules all and vendors can reach customers directly by any number of mediums. The prime existence of the channel has decreased – at least for the big players.

In the era of cloud and devices, customers are going directly to the vendors to research, compare, and ultimately purchase solutions. This is not just small businesses – enterprises have been doing it for a long time and continue to do it.

Something I’ve heard from vendors over the years is, “We only work through partners, never directly”. That particular promise only goes as far as the vendor needs it to. When they’ve achieved critical mass and don’t have to worry about burning partners, they’ll start working with customers directly.

Vendors such as Microsoft already do this in both the consumer and enterprise space. Only the small business and mid-markets remain arenas where partners have opportunity to resell products and services and actually make a margin (albeit a shrinking one).

Services like Office 365 are a prime example of the change in market conditions. In the past, Microsoft’s key on-premises messaging competitors were IBM with Lotus Notes and Novell with GroupWise. Microsoft won that war with Exchange Server becoming the dominant force. Any customer not on Exchange with Outlook was a second-class citizen.

Then Google came along and opened up Gmail to the business world under the banner of Google Apps. Google did not have a heritage of working with the channel; it reaches customers directly. Microsoft’s newest threat became Google Apps. And so BPOS (the predecessor to Office 365) was indirectly born.

Microsoft provided several ways for customers to acquire Office 365 both with and without partners. In Australia, this was done via Telstra – much to the chagrin of many partners. Partners felt that they were not given an opportunity to sell to their own customers. The reality is that most customers of Office 365 in Telstra have signed up without a partner. What that shows is that customers wanted a product, sought out the vendor and purchased directly. Partners have no right to complain that Telstra or Microsoft are taking their business. Customers are voting with their feet.

These are different times. The era of selling a Seagate SCSI disk at RRP via the channel and charging postage no longer apply. Customers want the full solution and they’ll go directly to the source to get it.

Partners can no longer rely on the ability to resell vendor products to make a margin. While a market will continue to exist, it is rapidly shrinking. So what should the channel do, especially those who work with Microsoft? In short: suck it up. Stop complaining and find another way to serve your customers and attract new ones. If you don’t, other partners will.