This article appeared in the February issue of CRN magazine. 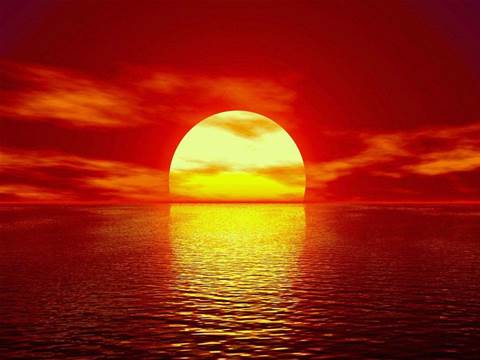 The phrase “system integrators” always made me think of hugely complex machinery swinging slowly together, like those gigantic spaceships and landing docks in sci-fi movies.

There seemed to be something rather grandiose and quietly powerful about integrating systems. Not like “coding software” or “networking PCs” or “rebooting servers”. The only businesses that seemed to afford system integration were invariably enterprise. An “enterprise system integrator” can clearly only refer to something like the Death Star.

The concept that you could fuse one program meaningfully with another, so that two systems could communicate and thrive and grow together, was fraught with peril, mystery and dependant on a whole lot of luck. Would a system integration project blow out, take years instead of months, or millions of dollars more than projected? No-one ever seemed to know.

Ok, I’m having a go. Plenty of system integrators do a great job, within budget and on time. But the point remains that system integration was not for newbies or the faint-hearted. Until now.

One of the fascinating and I’d argue unintentional benefits of cloud software is that integration between applications can be an absolute doddle. As long as two programs understand their connecting points (or application programming interfaces) then they can swap contacts, invoices, addresses, phone numbers, and so on. Connect two cloud programs big enough to be called systems and whammo, you’ve got system integration on a stick.

For example, take a customer relationship management database (SugarCRM or Salesforce.com) and a marketing automation platform (Marketo or Eloqua). How hard would it be to connect those if they only existed on servers, without APIs? Much harder than it is now, I’d wager.

Developers are writing their own connections and selling them in the application exchanges attached to these software platforms so many businesses can take advantage of the one software integration job.

Suddenly we have an affordable way to connect major business systems – it’s the democratisation of integration. (I’m trying to work Arab Spring into this analogy and failing.)

The implications are astonishing when you unravel them across the business world. Enterprise sales pitches have always talked about the danger of silos of information, like the servers were daleks about to roll off their raised floors and start blowing up executives’ cubicles (I’m already writing the movie script, back off). SMBs have many similar applications to enterprise – customer databases (well, spreadsheets), accounts, documents, email and so on.

But no-one has ever talked to them about silos of information because almost no SMBs could afford to pay a system integrator to tie them all together. Silos, for SMBs, were a fact of life. The truth is that in Australia, where the average company size is less than 20 people, the volume of information in each silo isn’t that great.

You can pay someone to copy and paste between spreadsheets or Word documents or inboxes. Hiring office admin is just a cost of doing business. It’s not a perfect situation but SMBs don’t know any better so who’s complaining?

Not this year, probably not next but maybe 2015 we’ll start to see a critical mass of smaller businesses understand the benefits of connecting two programs together and instantly sharing information between them. It will take their trusted IT advisers (that’s you) some explaining.

This will probably take the form of some pointed questions about their business. Wouldn’t it be great if every time you emailed your mailing list it included every person who had contacted you or bought something through your website? Imagine if your sales team knew how much their clients had paid in the last month, what they paid for and whether they were due to buy again?

How much better would it be if your field workers itemised their work and and sent invoices electronically before they’d left the customer’s house? Business owners would nod their heads and say, “Yes, that would be great. But how? I wouldn’t even know where to start.”

Cue heroic music, IT adviser enters stage left with an amazing bundle of cloud programs that does exactly that. This business model, the cloud broker, is only just starting to emerge in the IT industry. Brisbane-based Rype, which I mentioned in last month’s column, is probably the best exponent. (Interestingly, the IT industry is following in the steps of progressive, tech-minded accounting firms, but that’s another story.)

Back to integration. The traditional systems integrator is going to undergo a metamorphosis due to two competitive forces. The biggest threat is the ecosystem approach taken by cloud software vendors, which promote instant and free integration with an extensive network of cloud software as a selling point. See Xero, Saasu, Google Apps, and so on.

As pointed out above, expensive enterprise applications are following the same path. And from what I’m told, coding a connection between two web apps is easier than server-based applications because of similarities required to run on the internet. In short, software integration has become a lot easier.

The second threat is cloud integrators like OneSaas. Not every cloud app has a crash-hot API or enough developers to write connectors to other cloud software. Even though a connector only has to be written once, someone still has two do it.

The St Leonards, NSW-based OneSaas is a middleman that connects more than 50 cloud apps to each other. The cost of connecting cloud programs is $10-$30 a month. OneSaas connects the standard cloud accounting, billing and invoicing applications with CRMs and the like. But it also connects e-commerce platforms with email marketing, point of sale, shipping, logistics and inventory management.

Founded by Corneliu Tusneau, a Romanian developer who cut his teeth building high-frequency stock exchanges throughout Europe and Asia, OneSaas is one to watch. It picked up an award from the CSIRO for the “Most Potential to Transform Australia” at a local industry night last year.

There’s a US version called Zapier which is gunning for a similar market and could eliminate manual data entry altogether. There are hundreds of “Zaps” that send notifications from one cloud program to another.

Some examples. Automatically adding an attendee to an event in Eventbrite to your MailChimp mailing list; pushing invoices from Salesforce.com or PayPal to cloud accounting program Xero; creating customers’ in-cloud inventory unleashed from a website inquiry; sharing YouTube videos to Box; adding a MailChimp subscriber to Capsule CRM. (Thanks to Growthwise for the list.)

Other compatible apps include Basecamp, Campaign Monitor, Deputy, Gmail, Evernote, Formstack, Yammer and Shopify. In a strange twist of fate, integration among SMEs has just overtaken integration in enterprise.

Just as Apple swept the consumer world and walked into the enterprise, CIOs will come to expect a much smoother path for integration with their enterprise applications. The question will be the same as when Gmail was released – why is the free consumer/small business experience so much easier than the highly expensive enterprise one?

Where to for system integrators?

Obviously it’s not going to be enough for SIs to just connect systems – they need to build them. It’s taken me a long time to understand where platform-as-a-service fits, but Force.com is pumping out lots of examples that highlight the direction of customised business systems.

MiCloud.com was written by Salesforce.com partner PRMCloud on Force.com. The fact that the PaaS provides a secure, highly available foundation stone for the application means the software developers can pour more time into tailoring feature and interfaces more closely to customers’ requirements. Ultimately this should produce a higher quality breed of application; the basics are already taken care of. Just add your business model and automate it.

Another Salesforce.com partner described Force.com as a democractic delivery model. Each customer receives the same functionality regardless of size, is charged for what they use, and the more they use it the more cost effective it is.

Software developers will experience a renaissance as PaaS is typically five times faster than traditional application development. That’s a huge difference. A project completed in a single quarter on a cloud platform would drag on for a year and a quarter in the data centre. Imagine what that does to ROI.

One interesting trend in all this is the primacy of software skills over hardware. It might be worth reconsidering your next server certification and taking some courses in coding. Mobile app developers are flourishing, first on the back of the smartphone craze and now tablets are arriving in force, outside of the locked-down iPad. The potential for customisations on the Android platform has only just begun.

If system integrators will be spending less time integrating systems and more time fiddling about on Google App Engine, Heroku, Windows Azure and the like, perhaps they will eventually find themselves a title that reflects that. Platform developer is a little bland; perhaps platform constructor retains more spirit of the original.

This article appeared in the February issue of CRN magazine. Subscribe now