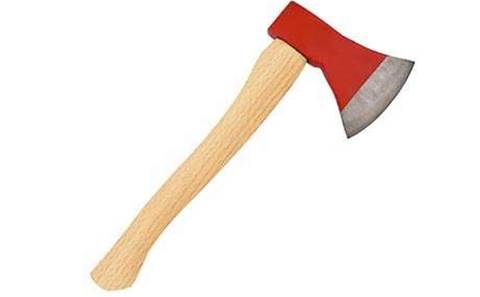 There will inevitably come a time when a reseller has to let go of staff. It could be for any reason. Maybe the company had to cut costs. It could be a changing direction that needs different people. Maybe the person just wasn’t up to the job. Or perhaps there was a personality clash.

Sacking anyone is the hardest decision for any manager. But knowing how to fire correctly is a skill few managers have displayed or bothered to cultivate. That’s a risk, because it’s a critical skill for any manager. Letting people go with dignity is important not only for the ones being dismissed. It’s also important for those who stay because management is sending them a message, too.

It has to be done properly. Fire the right way and people leave your organisation sad, but not furious. Mess it up and you could be burning bridges and alienating those who stay. You could also be damaging the company’s reputation, making it more difficult for your organisation to hire talent in the future.

Of course, it doesn’t come easily for most managers. An often-quoted 1998 study found that managers double their risk of a heart attack after they sack someone. Between 1989 and 1994, doctors interviewed 791 working people who had just undergone heart attacks, asking them what they had done recently. The researchers concluded that firing someone or having a high-stakes deadline doubled the usual risk of a heart attack during the following week.

So, for your own wellbeing, if nothing else, the task of firing someone has to be done properly.

First, managers need to be aware of the legalities so that they can avoid potential unfair dismissal claims. The Fair Work Act has specific rules on how firings should take place, everything from how much notice people have to be given, to avoiding claims for unfair dismissal.

Specialists say the firing should never come as a surprise. No one should be fired in a public place in full view of everyone and it’s best to do it in a conference room. Another good idea is to have someone else there as a witness. HR experts say it’s important to be compassionate but, at the same time, you need to make it clear that there is no room for negotiation on the matter.

The avalanche of electronic communication for managers has made the task a lot more difficult. There have been cases where managers used that instead of face-to-face communication and were fined by Fair Work Australia for sacking an employee by text. As a rule, email and text should never replace a face-to-face conversation.

Preparation is critical. Resellers not accustomed to doing this might need training and they certainly need to monitor their body language, their expression and the way they handle it. If it’s done badly, it could undermine the brand and alienate remaining employees who are likely to start looking around for other jobs.

It can also leave management unfocused and distracted. Companies could also leave themselves open to an unfair dismissal claim if it is handled badly.

The discussion with the employee needs to cover such issues as the departure date and the package. There is no law requiring resellers to provide outplacement services or financial counselling.

Commulynx managing director Stephen Knights says that if things aren’t working out, he tries to help ease people out of the job and into another position somewhere else. Rather than sending them on their way, he will use his contacts in the industry to find them a position somewhere better suited for their skills.

“The biggest challenge comes when someone doesn’t fit right in the team, and making sure they exit without being too disruptive,” Knights says. “That requires careful management because the HR laws are so in favour of staff that if you don’t manage it well, you can find yourself in so much trouble.

“Let’s face it, sometimes people work out and sometimes they don’t, but it doesn’t mean they’re useless or not good for a role.

“I’m always an optimist, I suppose it’s my coaching management style. I’m always looking to help people find their feet and help them grow. If that’s growing within Commulynx, that’s great. If it’s growing outside of Commulynx, it’s great for them.”