Taking control of the NBN: The Aussie resellers becoming RSPs to commandeer the network 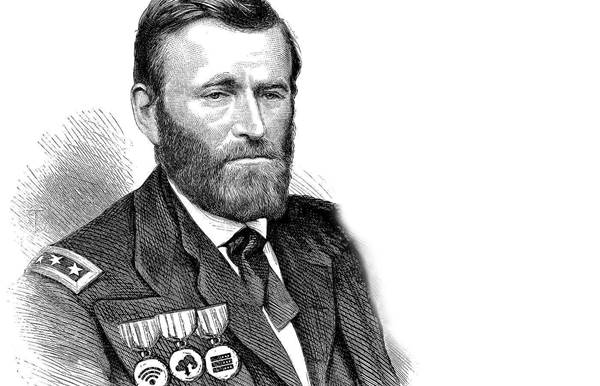 Connecting to the national broadband network is a real mixed bag. It evidently works out for some but is anything but seamless for others.

So how – as an MSP or reseller of IT products and services – do you ensure your business customers have a smooth transition, without disrupting the services you’ve neatly configured for them?

For a growing array of MSPs, the answer is to take control. That means either reselling the NBN – or telecommunications – service yourself, or becoming a service provider in your own right.

“We like control in IT because we know we do what we do and the way we do it,” Queensland Computers chief executive Geoff Augutis says. “As soon as you take away control and add a third party, that adds other factors.”

Those “other factors” are the types of things that can make or break relationships.

“It’s about keeping the relationship and frankly preventing telcos from screwing it up because they come in, pull the plug out of everything, and not only does it take the customer’s internet connection down, it takes the alarms, security systems and mail servers down as well,” Calibre One managing director Steve Wemyss says.

“The telcos will do it in blissful ignorance and all of a sudden your client’s raging because they don’t have services that they had on legacy, they’ve moved to NBN and didn’t tell you and suddenly all these things have been disconnected.

“So in some cases, it’s a matter of self-preservation. It’s taking the easy option – if you centrally manage it yourself, you’re less likely to get impacted by something someone else does.”

Reselling anything is a relationship-driven business, and if the customer trusts your advice, they’ll ask for it even on services you don’t offer.

As the NBN reaches the high point in its rollout, more small and medium businesses have questions about it, and MSPs are increasingly being called upon for their advice.

Queensland Computers has its head office in Bundaberg, one of the trial locations for the fibre-to-the-node (FTTN) network.

“We were one of the first towns to experience the ‘you have to change or we’re turning your service off’ sales model that NBN Co implemented where they’d disable the PSTN phone lines. If you didn’t change you lost your internet connection,” Augutis says.

Augutis knew the switchover would mean some level of disruption for Queensland Computers’ customers.

“We’re an MSP and our customers were affected,” he says. “We knew that it was going to be a rocky road so because of that we chose to start pursuing it. We support most of our clients end-to-end and if they lose connectivity that’s going to cause big issues.”

Computer Troubleshooters Australia, which has about 60 franchisees nationwide that service mostly SME businesses, is another mover into the NBN resale space.

“Small businesses need to know what is going on and be able to turn to someone for a bit of advice about it, so last year I approached NBN Co about coming to our annual conference to update our franchisees, so when they were talking to their customers they would be in a position to give advice on what the small business should do,” Dowling said.

“A number of our franchisees were already starting to look at the whole issue of providing telco services and reselling packages from telco [wholesalers].”

Out of that, Computer Troubleshooters was invited to participate in the pilot of NBN Co’s ICT channel partner program, ahead of the planned launch of business-focused NBN services later this year.

The uptake has been strong: 25 franchisees registered straight away, and Dowling expects 40 out of 60 will ultimately wind up participating in the pilot.

“A lot of them see the NBN as a service they’re going to be asked about when they’re talking to a small business customer,” Dowling says.

“That then leverages them into a position to be able to sell something, so they see that as an advantage.

“It also opens the door for them to package it as part of the managed services. That’s the reason why some of our franchisees are looking at really becoming involved in this program.”

Calibre One approached its entry into the telecommunications sector slightly differently, though its reasons for moving in were largely the same as for others (though unrelated to the arrival of the NBN).

“While we were traditionally focused around IT, we saw our role as more of the technology partner,” Wemyss says.

“We had a really trusted relationship with the client, and they would typically ask us questions about telco products even when we didn’t provide them.

“What was the best provider to use? Why would I want that plan rather than this plan? What speeds should I be getting?

“We found ourselves offering the technical advice but not then selling the product or having a specific partner that we would work with.”

Rather than try to grow a telecommunications capability organically, Wemyss found Telstra partner Nexus Tel and struck a deal to merge them with Calibre One. “We’ve taken a more long-term, bigger picture approach,” Wemyss says.

“We probably started this five years ago and really formalised it with the merger of the two companies, which we did 1 July 2016.

“We’ve had a year-and-a-half of doing this now and it’s worked really well.”

Wemyss sees ICT and telecommunications services becoming more and more intertwined. He argues customers don’t necessarily see a delineation: “they look to us for all things technology – not ICT, not telco”.

“You can’t afford to be insular as technology partners, otherwise someone like us is going to come and throw you out,” he says.

“If you’re only looking after half of the problem, and the two halves are getting closer and more blurry, the customer is going to look and say, ‘These guys over on that blurry side have got a much bigger view of the picture than you do on just the ICT side’.”

Augutis predicted the transition for some of his customers to NBN would be a rocky one.

He skilled up and even started reselling NBN services, but it still didn’t help him avoid all of the potholes.

He recalls activation problems that left one of his customers “trading off 3G/4G SIM cards” for three months.

Others who wound up experiencing problems weren’t particularly understanding.

“We lost traditional IT customers because they had a bad experience with our telecommunications services, when ultimately the problems were completely outside our control,” Augutis says.

The answer for Augutis was to become a service provider – and not just a reseller of someone else’s telecommunications services.

The number of small regional and rural telcos, which mostly use fixed wireless, has surged in the past year, as ICT providers look for a way to better connect their customers.

“We take the NBN out of it and control all the factors ourselves,” Augutis says. “If the service isn’t working it’s our fault and we can resolve it – whereas with NBN Co you’ve got a ticket and you wait.”

That control translates into a better quality-of-service, according to Augutis.

“There are customers who can’t get it and we still serve them NBN connections but we do see the sale of NBN connections slowing because we do have an offering that’s a higher quality-of-service,” he says.

“It’s not as cheap [as the NBN] – it never will be – but if you say to a business, ‘How much does it cost you to stop trading for an hour’, that one bill would be what it would cost for their whole year’s internet connection.

“So most of the time they’re happy to pay even double to get something where we can assure better service and better reliability.”

Not for the margin

Years ago, small resellers of ADSL services exited the business because the margins were too thin to make a connectivity sell feasible. In that regard, not much has changed.

It might help franchisees sell other things, and maintain status as a trusted adviser, but isn’t particularly lucrative by itself.

For Augutis, the move into telecommunications has been one made “out of necessity more so than revenue”.

“We’re offering it from the perspective of being able to offer better, more secure and more controlled connections, and better customer service,” he says.

“I think the revenue left the industry a long time ago. I don’t think anyone’s sitting back thinking this is a golden goose and they’re going to get rich.”

Wemyss agreed there was “no value” in just selling connections, but said the margin came from being the interface to the telco and from value-adding to the basic connectivity.

“What we saw was that clients were happy to pay for the interface [between them and the telco],” he says.

“They needed someone in the middle to help them make the choice.”

“You’re never going to make money out of a mobile but the mobile’s part of the bigger plan.

“The client has an all-of-technology support agreement with us on a per-user basis and for that we manage their phone fleet, their Telstra accounts, and the interface between them and Telstra so they don’t have to speak to Telstra.

“You can sell a wide area network and there are still worthwhile commissions on that stuff. So there is money to be had in telco, but it’s in certain parts and it constantly changes.”

The network builder announced last year that it was piloting the program with Westcon-Comstor and Computer Troubleshooters, as well as Telstra and Vocus.

The “influencer” program will allow resellers to respond to customer enquiries about the NBN and refer them to retail service providers (RSPs).

“The two [channels] work hand in glove. The RSP channels are still our only channel to market from a retail point of view,” says Masterton.

“The ICT channel is an influencer channel and it is there to educate, at scale, the business community and in particular the SMB community but then work in cohort with the RSP to execute the sale.”

Masterton wants the program to appeal to mainstream IT resellers that may not currently have telco capabilities as a “nice entry into telco for these partners”.

Businesses currently make up about 10-15 percent of the overall NBN footprint, with about 350,000 businesses live on the network.

Enterprises in major cities are spoiled for choice when it comes to business-grade telecommunications, so it is expected the NBN program would be a more natural fit for SMB customers, and for those companies outside metropolitan areas.

To become approved NBN partners, ICT companies must first get certified through an online education course, after which they can use the ‘NBN advisor’ logo and marketing collateral, dedicated support through its call centre, access to NBN solution architects and channel account management.

The training, which has four modules, will primarily focus on “the fundamentals of the NBN”, including the wholesale/retail model and the delivery mechanisms.

Following the pilot, the partner program is set to go live in the first quarter of 2018.

Masterton has been filling out his channel team with talent from Ingram Micro, Dicker Data and Telstra.

He is joined by Andrew Charitou, who most recently worked at artificial intelligence vendors Avanseus, and was also group partner manager at Macquarie Telecom.

Rounding out the channel team is Tamika Sercombe, who joined as ICT channel program manager after time at Telstra and Dicker Data.