Tax breaks to make you smile 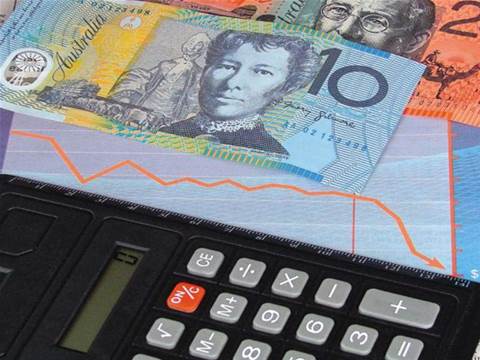 After a long while there's finally something to cheer about. The Federal Government's tax breaks to business are an unmistakable trigger for resellers to start selling today, not tomorrow.

Now is the time to give customers a call about the projects that had been shelved by the global financial crisis, and put them back on the table.

The great thing about these tax breaks is that they are, as the saying goes, for a limited time only.

The bad news is the tax breaks apply to more than just IT, which means competition not just from the channel but from commercial suppliers of all stripes: car yards, office equipment stores, manufacturers.

Resellers need to get two messages out there. First, that the tax breaks are available but, just as important, that the allowances are best invested in technology that will help their businesses perform better.

Keep in mind, there are two deadlines resellers need to be aware of. The most urgent is 30 June, when the 30 percent investment allowance ends for companies with a turnover of above $2 million.

The second deadline is for the 50 percent investment allowance for businesses with a turnover below $2 million, which finishes at the end of the calendar year.

Resellers need to put their sales teams to the grindstone to make the most of these next seven months. For some this period will make up for a lacklustre start to 2009 and could revive cash flow.

CRN talked to a number of resellers, vendors and distributors about what they were doing to take advantage of one of the best opportunities in the past 12 months.

"We believe this is one of the biggest initiatives that the Federal Government has done for SMBs for some time," says Grant Cleary, HP's personal systems group marketing manager.

"We didn't know they were going to introduce a 50 percent investment allowance.  We know there are lots of small business that see this as really, really positive."

The tax breaks are a welcome relief to one of the hardest consequences of the global financial crisis. Borrowing money has become harder and more expensive for consumers and businesses alike. SMBs have been particularly affected, says Grant.

"We know that SMBs are typically cash poor and we know that in a tougher economy it becomes even more relevant.

A lot of SMBs rely on lending to drive investment for new capital asset purchase," says Grant. "But if that lending has been tightened, as it has been for consumers, then less SMBs can qualify.

So if the Government can help compensate for that by giving additional tax incentives that's a really good thing."

Intel and HP are among several vendors incorporating messages into their marketing vehicles and educating their channel partners on what the tax breaks mean for customers.

"The government's being very clear that the reason for the initiative is to encourage particularly small business to invest back into their business to make them more effective during tougher times," says Grant.

"It's a massive incentive for businesses to do something," agrees Paul Kristoris, managing director at Leader Computers.

"Those businesses can have up to the end of December to get their money but if they want to get it in this financial year then they need to spend it before 30 June."

Larger businesses will need to work fast to get their IT strategies and procurement sorted out before 30 June.

However, the extension of the deadline of the 50 percent investment allowance for businesses with turnover below $2 million to the end of the year has given resellers a seven-month window to drive their sales teams as hard as they can.

That extra breathing space is crucial for those looking for new customers and for sending the right message to the right people.

"The issues I have with marketing this is that it will be a play for new business in new clients for us, so we will need to research our target market more closely.

[There is] nothing worse than getting a marketing piece that reminds you that you can only get 10 percent because your turnover is $2,000,001," says David Mackie, director of Canberra-based Synergistic Network Solutions.

"We will talk with our accountant next week about services to implement an item being CAPEX or not as this will skew the benefit, and if the software exclusion means OEM, and how this is dealt with if it needs separation," says Mackie.

The one potential stumbling block is that resellers aren't qualified to give financial advice, which adds an extra step in the sales process - getting the customer's accountant involved. Pushing too hard without independent financial advice could risk the relationship, say some resellers.

"In our business we are talking to clients about it, but at the same time asking them to seek guidance from their accountant before committing as 'we' don't want to be seen as 'snake oil salesmen'," says Correct Solutions' Wayne Small.

Synergistic's Mackie agrees. "We intend to market this but there are more questions than a small business can safely answer without advice, not to mention the restriction and risk on providing financial advice since we are only qualified to give IT advice."

The tax breaks have opened up a huge breach in the wall of pessimism created by the global financial crisis. However, not all resellers have rushed to take advantage.

One reseller said the 50 percent tax break had prompted his customers to bring forward hardware investment, but he admitted he had let the budget "slide past me" this year.

"To be honest, I'm not too much aware of any resellers targeting the 50 percent bonus right now," says Wayne Small.

"It's my belief that most smaller SMB resellers don't really understand just how to market this to their clients. Instead they don't take advantage of it to push or close sales more quickly."

Melbourne-based Scorpion Technology Computers has been promoting the education tax rebate which was introduced last year and is now advertising on the latest tax breaks and working with vendors on promotional deals.

"Unfortunately a lot of these things are not well promoted or widely publicised and we are trying to do that," says William Kartawidjaja, director.

The reseller is using several avenues to communicate with customers including in-store displays, posters, mailing lists, forum posts, news posts on its website and advertising in magazines and local and state newspapers.

"We are expecting an increase in our sales. We can see that already this month, it is our busiest to date. A lot of products are moving," says Kartawidjaja.