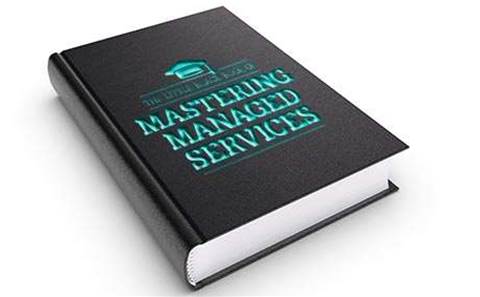 The managed services and cloud market is shifting so quickly that providers can struggle to keep up.

Should you build out your own data centre footprint or utilise the public cloud? Invest in service desk software or develop your own intellectual property? Does your existing salesforce have the acumen to sell services or will you need to re-hire?

Different managed service providers are working out their own solutions to these thorny questions.

Stuart Applegate is a local pioneer of the managed services sector. He started his managed services provider (MSP), Business Computing Australia, in 1997 and sold it 16 years later to Melbourne-based GPK.

When Applegate started, there was no alternative to rolling your own services at great risk. Now a lead figure at professional association HTG Peer Groups, Applegate recalls how things changed when Amazon Web Services began targeting the reseller channel. “AWS was only just getting a reseller program off the ground and we said, ‘You need to give us more support so we can sell your system’. It was a bit too early for them.”

Other veteran MSPs, such as Jamie Warner, founder of Sydney-based eNerds, have also moved with the times. Warner has taken the intellectual property behind the software platform that runs his business and is turning this into a saleable product (also done with great success by US professional services automation software vendor ConnectWise).

Whatever sort of MSP you are, the guide below will help you make the right calls to grow your business.

1. Change your mindset (and that of your sales staff)

Who doesn’t love the adrenaline rush of a big payday? But amid the champagne and slaps on the back, there’s a gnawing doubt: ‘Can I pay the bills next quarter?’

“If [salespeople] aren’t incented correctly, they won’t sell,” says Joshua Beil, cloud strategist for infrastructure software maker Odin (formerly Parallels). Beil says resellers might need to compensate on new metrics, “like how many seats did you bring on?”

The “simple sale” has to cede to more “sophisticated” selling, says Simon Xistouris, managing director of Sydney-based Klikon Solutions. “[Sales staff] were used to saying, ‘You’re buying X and we’re providing services and receiving Y’. [Sales staff] need to be trained to understand what they’re selling and present that story to the customer.”

Xistouris  says unsupported staff will become disenchanted. “Some guys just feel comfortable selling [boxes]. We say, here’s your overall targets, you’re free to move up and down with the product lines, and on the services side we’ll attach [managed services] specialists to help you sell.”

Even eNerds’ Warner, a frequent flyer on the CRN Fast50, laments that his early days were spent “playing footy and drinking beers” to the detriment of his financials.

“I was so disconnected from my numbers,” Warner says. “Having a strong understanding of your numbers is absolutely mission-critical.” Attention to earnings before interest and tax (EBIT) is mandatory, he says.

“Our results have improved but I’m actually still dissatisfied; I haven’t got to that 15 percent EBIT margin yet, but it’s  close, and I want to get to 20 percent, and that’s ridiculous.”

Many upstart MSPs sail close to the wind, says Jamin Andrews, chief executive of Conetix, a Queensland-based web hoster that provides services aggregation for MSPs. “We’re seeing a lot of the MSPs taking longer [to pay] than they would have 12 to 18 months ago.”

As resellers try to tip the scales away from traditional capex-based professional services and towards recurring revenue streams, some are even “walking away from projects,” says ConnectWise marketing director Mark Sokol. “The one-off projects distract your managed services team and you’re affecting recurring revenue and customer satisfaction on the other end [of the business].”

But flipping the switch off the heritage business isn’t the answer, says Applegate. “You have to plan the transition over 12 months or two years so you’re slowly moving from one scenario to another.”

There are three ways to grow your managed services client list: existing customers that want to change models; hunting for prospects; or educating recalcitrant customers.

For the third group, it’s important to pick the right time for a lesson. “When they have downtime and things that occur on break-fix, that’s the time to say, ‘On a managed services agreement, I would have already moved you across to a managed server, a guaranteed service-level agreement of X number of hours’ and so on,” says Sokol.

He says a reseller can shift a third of their customers to managed services without much difficulty, and a third of customers will be a three-year journey, “then there’s 10 to 30 percent of customers you’ll lose”.

And you can always pitch for your competitors’ customers who have bought into managed services, he says. “Every year it will get easier; [customers] are almost expecting to pay a monthly fee now.”