The biggest MSP mistakes and how to avoid them 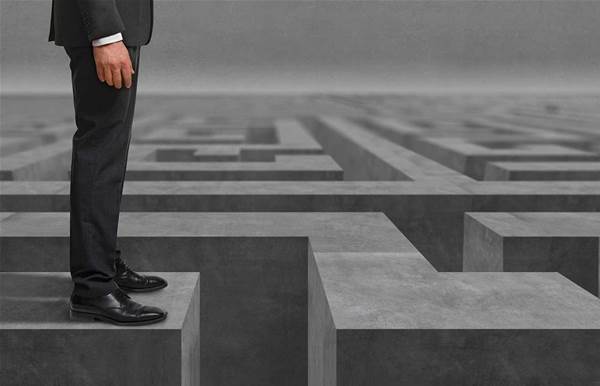 For business owners weary of cyclical buying cycles and lumpy cashflow, the lure of regular income is strong, which has driven many resellers to become managed service providers. But as with any voyage to new frontiers, the transition to the MSP model is not always easy, with many lessons learned along the way.

CRN spoke to principals at a number of Australia’s channel companies about what they have learned through their transition to the MSP model, and what they wish they’d never had to learn.

The price is right, right?

One of the key questions for MSPs is what to charge. Price the service too high and you won’t attract customers. Price it too low and you run the risk of being locked into loss-making contracts.

“It’s probably one of the things we wish we’d done differently; when we started off we priced it a little low,” says Daniel Capozzi, owner of Geek Central, a member of the Leading Edge Computers group based in Maribyrnong, Melbourne.

Sydney-based eNerds was an early leader in the MSP space, having made the switch in 2001 barely a year after getting started providing break/fix services. Back then eNerds was charging out techs at $70 an hour, with an average contract bringing in less than $400 a month.

“It took me a decade to figure out, but in those days we probably won a lot of business on price, and we didn’t know it,” says eNerds’ founder, Jamie Warner. “I thought I was at industry standard rates, but I think they bought on price.”

These days, eNerds will rarely take on a client for less than $1000 a month. “Where we are now is so different,” Warner says.

Paul Vinton, founder and chief executive at Adelaide- based Vintek, agrees. He says it is essential to define what is and isn’t included in the managed service.

“If you get it right, it’s the most profitable area to be in, but if you get it wrong, it’s a recipe for disaster,” Vinton says. “Everything is in the numbers. You need to understand where your skill sets lie, and make sure you play to those skills sets.

“The definition of the service is the most important thing, because every client will try and push things into scope that are out of scope, and they will try to get bang for buck for everything.”

One of the first problems that any would-be MSP encounters is set-up costs. Running an MSP requires an investment in the procedures and tools needed to make the model work effectively. While software systems such as SolarWinds, TeamViewer and Connectwise have become indispensable, they are not free.

“They were a high cost for us to start with because you have to buy so many seats upfront,” says Geek Central’s Capozzi. “And when you are getting into the game, you haven’t got any seats to start with. So you have to pay upfront, and hopefully sell those solutions in a certain timeframe to start getting some profit back.”

But some MSPs got into the sector before many of the core tools were even available. For Warner and others, that meant building their own. They also faced the challenge of having few role models to follow. In fact, eNerds has more recently spun out its intellectual property into a standalone software vendor, Invarosoft, whose ITSupportPanel tool leys users log tickets, access portals, provide feedback, read news, broadcast notifications and access.

“In the earlier days it was critical to get your processes defined right,” says ASI Solutions managing director Nathan Lowe. “Coming from a box-building background, we didn’t at the time have the expertise to make sure we had the right processes in place.

“So you live and learn from your mistakes. If you do have an incident or an accident you tighten that up and streamline, so it can’t happen again.”

Clients can get excited about new technology, but translating that excitement into dollars can be tough – as can the outcome after investing in skills before the market needs them.

Vintek’s Vinton says it is vital that MSPs scan the horizon and invest in new service capabilities, because this provides the opportunity to play the role of trusted advisor. But there is a fine line that separates foresight from over-investment.

“With some of our technology directions with clients, we jumped prematurely,” Vinton says. “So what we have learned is to be cutting edge, not bleeding edge.”

Nowadays Vinton says much of his new business comes from clients whose existing supplier has gone in prematurely with something that didn’t work as expected, leaving the client with an unsuitable outcome.

Getting smoother cashflow is one of the key reasons why resellers get into the MSP model.  But that doesn’t mean customers always play ball, and many businesses have gone bust waiting for invoices to be paid.

For eNerds’ Warner, the key to good cashflow was the introduction of direct debit. Warner was an early mover when he introduced that option a decade ago, and now direct debits $350,000 every month. The benefit is so great that he is even willing to offer a small discount to direct debiters.

He wishes he’d done it earlier.

“Most clients will never pay their monthly fees on time, and the way most businesses are sustained, cashflow-wise, is through the procurement deals they do,” Warner says. “I was able to give away a little bit of margin for cashflow, and I am super stoked that I did it.

“Nowadays, if a client baulks on direct debit, then we almost walk away from those deals, because it says to me we will have a problem. And we even try and push the big ones.”

While tools play an important role in making the MSP model work, then there is also the required investment in human infrastructure – which can build a significant barrier if not managed correctly.

“The hardest part for us was getting our techs and some of our sales staff away from the break-fix costs, and trying to sell subscription service,” Geek Central’s Capozzi says. “Subscription service is a big growth factor in our business now.”

And it turns out that selling and scaling up services is very different than selling products, according to eNerd’s Warner.

“You are a professional service provider, and what you are doing is signing up relationships,” he says. “It is a relationship, and about consulting and nurturing and doing a great job from top to bottom. If you have been a box mover and a fulfilment organisation, and haven’t really been a customer service-oriented organisation, you are going to fall into problems.”

Warner adds that one of the toughest behavioural changes he had to make was his own. “I was the main sales guy, and I think I am reasonably good at it,” Warner says. “But then one day someone said to me that most business owners that do the sales part are basically resigning the sales function to a part-time job.”

Warner says the real value of a sales leader is not in finding new leads, but in maximising revenue from existing clients and responding to incoming leads effectively.

“In one year, with no increase in our new business leads, we increased revenue by $1 million,” Warner says. “And for an MSP, that is pretty amazing, and it’s because we hired a dedicated person.”

The wide range of services that can be offered by an MSP can also make it tempting to try and offer all of them.

“Where people make mistakes is where they try to spread themselves too thin, and try to be jack of all trades,” says ASI’s Lowe. “You need to become better at what you do and what you are good at and partner with organisations that do things better than you do. And we are seeing a lot more of that in the market.”

Vintek’s Vinton agrees that getting into areas outside of the core business is fraught with danger.

“If you don’t do your numbers on it first, if you don’t make sure that you’ve got a clear understanding of what expectations are and what the commitment is from a resource point of view, you will get burnt at some stage,” Vinton says.

Wouldn’t have it any other way

The lessons for MSPs can sometimes be painful to learn. But collectively they have added to a body of knowledge that is making life better for both clients and service providers - although it is the service providers that have born the cost of those lessons.

But for ASI’s Lowe, even if he could do it all again, he wouldn’t change a thing.

“You learn from mistakes,” Lowe says. “We are who we are today because of where we’ve come from. If I look at our competitors from 20 years ago, not a lot of them exist anymore. And we have managed to transform and pivot our business multiple times again and again and again.”