The blind ambition of the Apple Watch 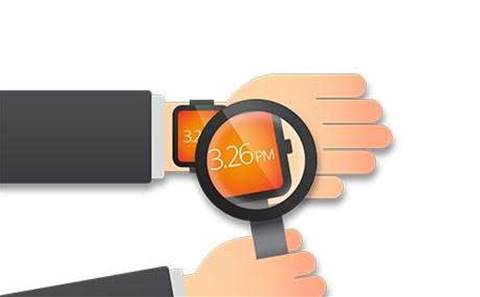 The geeky, nerdy, dorky world is abuzz with news that Apple has reinvented the watch.

Well, it has at least reinvented the marketing of the watch. This classic device has been around for 400 years, mostly just telling its owner the time, but not doing much else. Apple’s newest tech toy will also tell you the time. And do almost everything else except make the coffee. But it can order one for you.

The problem for Rabid, and other optically challenged nerds, is the size of the screen. We can’t even read the screen on our six-inch smartphone without finding our glasses first. So there’s not much hope of being able to do anything with the Apple Watch except tell the time, and only if it has really, really big numbers.

And unless Siri has made quantum leaps forward along with the release of the watch, we’ll need to touch the screen, and we don’t fancy our chances of being able to touch single items on the miniscule screen with our fat fingers.

Only trying one out will tell how useful it will be. But there are none for sale in the shops, and you have to fork out close to $1,000 to order one in. Or you can spend $14,000 for a solid gold edition. Finally, something to spend our spare change on, and Rolex is so 20th century.

Many of the functions seem to be linked to your iPhone. If you have one. Rabid wonders if there will be any options to let the watch control other brands of smartphones, but we’re not holding our breath. Apple hasn’t been known for playing nicely with others in the past.

Presumably, those in the other smartphone camps are keenly watching to see if the Apple Watch takes off, since their own editions, despite much lower price points, have been languishing on reseller shelves. After all, if Apple can extract all that spare change from people’s wallets for a goddam watch, it’s a near certainty that Samsung and LG et al will be rushing to scoop up what’s left over.

Seriously, who even wears a watch? Maybe as a fashion accessory, but for telling the time? Isn’t that what your smartphone is for?

Rabid would rather wait and see what’s coming from Apple in the world of TV gadgets. The current Apple TV works fine as a streaming device but the interface looks like it was cobbled together by a gang of rejects from the home for retired MS-DOS code monkeys. It’s pretty obvious that nobody at Apple has ever looked at the interface on this thing. Or if they did, they probably dismissed it, thinking it was made by some other company.

How could the company responsible for all the coolness in Macs, iPads and iPhones have churned out the retrograde Apple TV interface? They upgraded the box of tricks but nothing got done on the interface. And the free app to control the Apple TV with your iPhone or iPad is no better. It’s just got larger type. Which I still can’t read without glasses.

Gotta go! Apple Watch told me to stand up.