The end of Telstra’s Office 365 advantage 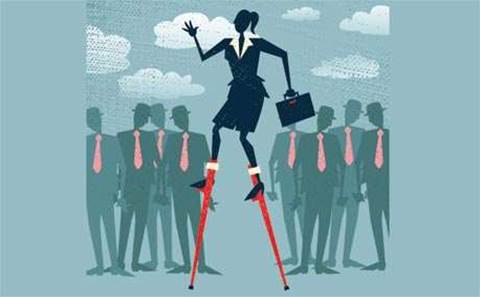 What’s that sound? More cheering? Finally, the day many Microsoft resellers have been waiting for appears to be on the horizon. CRN broke the news in early October that Microsoft would end its exclusivity agreement with Telstra for all sales of its cloud productivity suite Office 365 for SMEs in 2014.

Just a couple of weeks ago, the news was good but not great. Microsoft told partners exactly how the new regime would work during a session at its partner summits held last month. Yes, resellers could finally sell Office 365 to SME customers, but the catch was they could only sell certain plans.

These were limited to Office 365 Pro Plus, the new M plan, E1 and E3 plans from the enterprise SKUs, academic SKUs and only the Exchange Online 1 plan from the standalone SKUs. Telstra would retain exclusive rights to selling other standalone SKUs – including SharePoint Online – and all kiosk plans, or the fully featured E4.

Isabel Boniface, Office 365 product manager for SMEs at Microsoft Australia, told CRN the vendor has discontinued E2 to standardise on E1 targeted at Enterprise customers. “The M SKU is a new SKU with completely unique features targeted at the 25-250 seats base.”

The Exchange Online 2 plan, which added archiving and legal hold, was also a Telstra-only option.

There was no cheering in the room when the arrangement was announced during the Sydney roadshow. “It was pretty quiet,” said one attendee. “Maybe because the Telstra guys were sitting in the front row. I don’t know if that was a good or a bad thing.”

But Microsoft told CRN just before going to print that every SKU would be moving to the Open licence in Australia – a decision passed down by Redmond HQ which caught the Australian subsidiary by surprise.

“All the standalone SKUs are now going to be available to the customers via the Open Licence type. Literally halfway through our roadshow we got wind of it. I have just drafted the announcement. It is very exciting,” said Boniface.

There will be no Telstra-only SKUs? “That is correct. You will see more and more announce-ments where we will bring more and more SKUs into the Open licence. It’s also a case of prioritisation. We are bringing [the SKUs] on one by one. Sooner or later we will have complete parity across all channels,” she added.

The current exception – kiosk licences – is also likely to be revoked. There has not been a big uptake globally of kiosk SKUs in the SME space but Boniface was writing a business case for the release of kiosk SKUs in Australia, she said.

The inability to do most of the custom plans would have been “a bit of a pain” for resellers, said Eric The, cloud services lead at reseller HubOne. “But most of the time we try and sell E3s anyway so it’s not too difficult,” he added.

Custom plans are attractive because some companies just want to offload their email to the cloud with Exchange Online. But missing out on archiving is a big minus, as it’s an easy checkbox option rather than involving another supplier.

And SharePoint projects are a lucrative area for many resellers. The ability to sell SharePoint Online directly bundled with development projects should make for a smoother sales process.

The Telstra deal was always something of an experiment. Microsoft had purposefully used different go-to-market strategies in regional sales territories to see which model would best suit selling cloud software. When Microsoft released Office 365 in July 2011, Australian resellers were dismayed to find the cloud versions of Microsoft’s biggest money spinners – Exchange, SharePoint and Office – could only be bought directly from Telstra.

Sure, resellers would still pick up the paltry trailing commission but two concerns loomed much larger; that resellers had to hand their customers over to Telstra, and Telstra’s lack of experience at successfully selling software.

The first raised the prospect that Telstra could upsell or cross-sell complementary products such as laptops and tablets or offer its own IT services that would compete against resellers.

The second that customers would endure a terrible experience at buying through Telstra, and the reseller would be tarnished by association.

There wasn’t much to do but suck it and see. There have been definite drawbacks to the relationship. Telstra’s Office 365 call centre was initially very understaffed or at least untrained. This writer spoke to several customers who had had a terrible time trying to get Office 365 set up through Telstra with clueless support staff.

In the early days when the bugs were still being ironed out of Office 365, communication between Telstra and Microsoft was also patchy. This made it much more difficult to troubleshoot problems with installation.

Two years down the track, many of these issues turned out to be teething. But resellers never liked the fact they couldn’t give their customers a one-stop shop experience. Their IT services were split between two bills. Small businesses value simplicity and are strongly attracted to receiving a single bill.

Loryan Strant, managing director of Office 365 reseller Paradyne, wrote on his company blog: “While Paradyne has a great relationship with Telstra, we do sometimes find that syndication can get in the way – as the back-end commerce platform is not the same as when purchasing directly from Microsoft.

“This means that customers cannot have their Office 365 from Telstra and their Windows Intune or Dynamics CRM Online utilising the same tenant namespace as the latter two are not available from Telstra.”

Some resellers claim the arrangement has cost Microsoft sales in Office 365. The word on the street is that sales have been relatively higher in New Zealand. Microsoft never reveals country sales figures or comments on strategies, so the questions have always remained.

Not all resellers want to ditch the Telstra relationship entirely. “Telstra does bring a number of benefits to the party that many people aren’t aware of,” says Robert Crane, principal of Office 365 reseller CIA Ops. These include monthly billing rather than annual, as imposed by the Office 365 M plan in the US.

Crane says the arrangement should be reviewed to find out the best options for partners in Australia, as the current situation “does cause confusion”.

“A combination of both is probably the best way forward,” he adds.

The ability to sell Office 365 directly would let resellers sell cloud software in a similar way to selling hardware. Resellers would typically buy a server from a distributor such as Ingram, add a mark-up and take it to the market as the supplier. Under the existing arrangement, resellers have to recommend a plan and the customer goes to Telstra for the selling and billing of Office 365, “which is not something they’re used to doing,” Crane says.

“It’s an extra link in the chain and a partner might think ‘I would lose some control in that process’.”

Microsoft is billing the change in direction as a boon for the channel. “For the first time in Australia, Microsoft partners will have the ability to bundle Office 365 with their existing services, ensuring customers see the service as part of their total bill from the partner,” said the post, uploaded on behalf of Steven Miller, business group lead for Microsoft’s Office division.

Strant, who is one of the most successful Office 365 resellers to date and has close ties to Telstra and Microsoft, says the new landscape will be more attractive to resellers.

“Ultimately the availability of Office 365 Open in Australia gives both partners and customers more choice, and this is a very good thing.”

Telstra’s response: We are still in the game

Exclusivity may be over but there’s no mistaking who is Microsoft’s preferred partner for Office 365. Telstra declined a request for interview about the changes to Microsoft’s SMB strategy next year, but a Telstra spokesperson sent CRN this statement.

“The new partner sales models do not have an immediate impact on Telstra, which remains the exclusive reseller of Office 365 to Australian small businesses, outside volume licensing or academic licensing arrangements. The new models are due to roll out in Australia in the first half of next year.

“Telstra partners will continue to drive value from their Office 365 business, with flexible monthly subscription models, technical support for all products, access to Telstra’s customer offers (including the Office 365 Small Business offer) and the opportunity to offer a broader range of cloud services – including applications from T-Suite and cloud Infrastructure products.”