The ex-Oracle salesmen that backed a competitor and won 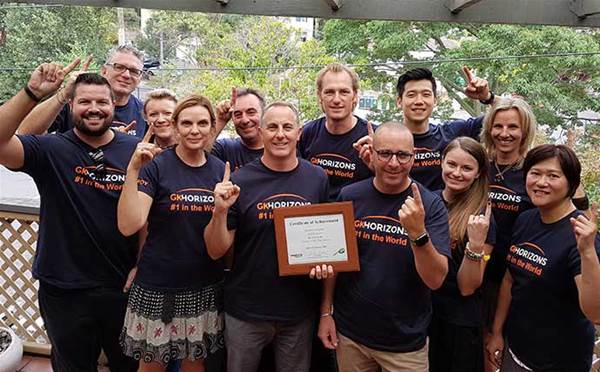 What do you do when customers just won’t buy the product you’re selling? Find a better one and sell that instead.

Matthew Grove and Martin Kudlik, both business intelligence specialists at Red Rock Consulting, had been trying to sell Oracle’s budgeting software to finance teams in mid-size companies and enterprises – but nobody was buying.

“A lot of the sales calls were knocked back because of the nature and price of the legacy on-premise products,” Grove says. “They were too expensive and too difficult to implement, use and maintain. It weakened the business case for people to invest.”

Grove and Kudlik tried to work out why they weren’t able to make sales. After all, the business need was strong.

The pair did a broad sweep of 15 competing products and narrowed it to a shortlist of three. After speaking to each of the vendors, they found Adaptive Insights to be a clear winner.

“We knew that customers would love it. We listed the criteria that the customer would be interested in – ease of use, enticing product features, an SaaS licence and enough referenceability and momentum to give customers confidence.”

They judged the vendor by a second set of criteria: company culture, channel program and whether there was enough market space for the two to reach their goals.

Grove left Red Rock in October 2012 and set up a consultancy with Kudlik called GK Horizons. It took nearly a year to make their first sale, in August 2013, but they soon hit a winning streak that since hasn’t stopped.

In 2013, GK Horizons won Adaptive Insight’s Global Rookie of the Year award for making five sales in its first year. “You’re up against all of the partners that signed up that year,” Grove says. “Most might only sell one or two licences, but considering that’s all we do, it gives us and our customers an advantage.”

The following year, GK Horizons was titled Adaptive Insights’ Asia-Pacific partner of the year after landing deals with Coca-Cola Amatil and 14 other customers.

“Sales tripled,” Grove Says. “That was a huge step up. We had to look at the process of sales and messaging.”

GK Horizons took out the same award in 2015, and in 2016, brought home the global partner of the year award. The consultancy made 18 sales with a much higher average sale price.

GK Horizons proves that if you’re selling high enough, it’s possible to be a single-vendor reseller. There are no other exclusive Adaptive Insights partners in Australasia, though there are some in Europe and North America.

This singular focus has allowed GK Horizons to develop deep consulting skills and the best practices in using Adaptive Insights to improve the efficiency of finance teams. “The finance people we support are struggling with Excel or an on-premise legacy system,” Grove says. “Excel has issues with data accuracy, maintainability, version control... The list goes on. It’s not built to support organisations that are really serious about growing.”

The firm takes finance teams through “guided transformations” that turn them from a cost to a strategic asset. There is such a strong demand, too, that GK Horizons is adding a management consulting arm to focus on these corporate transitions.

Still, a single-vendor strategy comes with its own risks. Until recently, Adaptive Insights had an exclusive arrangement with cloud ERP NetSuite; the Adaptive Insights channel couldn’t sell to NetSuite customers, and in return, NetSuite would exclusively recommend Adaptive Insights. Then, late last year, Oracle walked back into Grove’s life when it bought NetSuite.

Adaptive Insights dropped the exclusive arrangement with NetSuite, “so that has increased our market share” to companies using other ERPs.

So, will NetSuite be instructed to only push Oracle software now? “It wouldn’t surprise me if they did, but it’s only early days,” Grove says. “There are 800 customers who have NetSuite and Adaptive: it’s a very good story. The profiles almost align perfectly. Adaptive moves to the tier-one level more easily than Netsuite, too – but that’s not to say it lasts forever.”