The FBI gives Apple its best advertisement yet 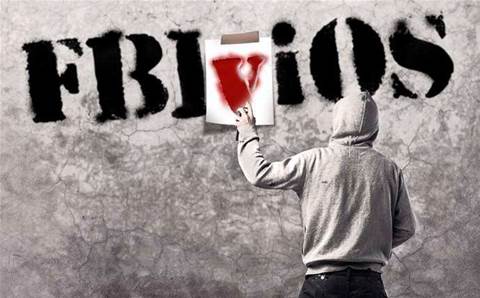 When all the dust and fury has cleared after Apple’s very public battle with the FBI over access to an iPhone, I hope Tim Cook will go to the director of the Bureau, James Comey, and offer him heartfelt thanks. Sure, some harsh words have been exchanged — not to mention harsh legal briefs — but in the end, Apple has been handed an enormous favour.

Apple has been fighting a war against Google for years, with privacy as the battleground. Google, of course, makes its money from obtaining data from customers, analysing that data and selling insights to advertisers so they can target ads specifically. That’s not a criticism — it’s Google’s business model. Nonetheless, privacy advocates criticise Apple for its tightly controlled iOS and iCloud ecosystem and comparative lack of transparency over what is collected, what is held and what is done with it. Both companies have a history of cooperation with law enforcement in particular circumstances.

For as long as the war has raged, the best Apple has managed is a draw — a pox on both your houses, if you will.

Then along comes the FBI and the case of the San Bernadino shooter’s iPhone 5c. Without reiterating details you have no doubt read elsewhere, the FBI is not only asking Apple to help it get the data from this phone — it’s asking Apple to create a version of iOS that lacks the security features the FBI claims it cannot crack, and to install that on the phone. It claims this is the only way to get the data.

Numerous security experts, wearing both black and white hats, believe this is spurious. They claim there are ways to get the data off of the phone and to crack its encryption. Indeed, even what the FBI is asking presupposes that the data can be safely backed up so that a new operating system can be installed on the phone without losing its contents. Whether any of the methods proposed by security experts and hackers would work or not is irrelevant — the FBI wants Apple to lower the gates on iOS and let it in.

What a gift for Apple! Naturally, it does not wish to create a less-secure version of iOS. The FBI’s request has allowed it a platform to go to every media outlet that will listen — and they all are — to warn of the dangers of removing these safeguards to users’ privacy and security.

Apple gets to warn people not only that such an insecure operating system might fall into the hands of “bad guys” like terrorists and foreign (non-US) governments, but that even the US government might use it for purposes unspecified but darkly assumed to be nefarious.

The FBI says that’s unnecessarily alarmist, but the past few years of leaks and revelations about domestic surveillance have put many Americans’ trust in their government at a deep low ebb. That mistrust has extended to companies that have cooperated with the government, and especially to companies that hold large stores of data about private citizen, such as Facebook, Google and Apple.

The FBI’s demand for Apple to reduce the security of iOS “just this once, we promise” separates Apple from that pack. It gives the impression, possibly inaccurately, that iOS security is so good that even the US government, with all of its experts and resources, cannot crack it. And it puts Tim Cook on the podium with Edward Snowden in the eyes of privacy advocates, as a champion of individual rights and liberties.

Remember, this is the guy who runs the most tightly controlled and opaque walled garden in the world of personal computing. No amount of marketing or PR from Apple over the last few years has made any progress in changing that image. It has been seen as the very opposite of anything to do with liberty, especially against the “openness” of Google and Android.

Right up until the FBI needed to get the data off an iPhone and decided literally to make a federal case out of it.

To quote Die Hard’s Hans Gruber: “You ask me for a miracle, I give you the FBI.”