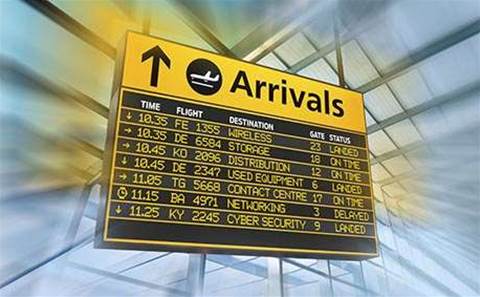 The global resellers are coming. Plenty have already arrived.

One of the most recent arrivals was Indian-headquartered, global player Servion. The $80 million company that specialises in customer interaction management (CIM), opened its Melbourne offices in October.

“If you look at the Asia-Pacific, Australia is one of the largest economies. I actually think we have come here late rather than early,” says Servion chief executive officer and founder ‘Bala’ Balakrishnan. He says Servion is determined to build a powerful business and that Australia is perfectly placed.

Servion is one of many global IT channel players to land on Australian shores in the past year. In July, one of the world’s leading Microsoft Lync integration partners, Modality Systems, moved into the Australian market. The company has more than 350,000 Lync seats deployed in over 200 countries.

California-based secondhand network equipment specialist Curvature – which until recently was known as Network Hardware Resale – already provides services to Australian customers from Singapore chief executive officer Mike Sheldon realised it could do more business by setting up shop here. The company, which claims to be “the world’s largest supplier of pre-owned networking gear”, plans to launch its Sydney operations.

“After selling to Australian enterprises for many years, we have been very successful and we have a built a pretty good little business from Singapore but when deals are small and urgency is of the utmost importance, we still suffer from being 2000 miles away,” says Sheldon. “We can’t deliver overnight except to Sydney; our products suffer from a relatively high transportation cost. Even at cost, it’s expensive. You ship a $200 box – it costs $200 to ship.

“Australians largely procure things from Australia because the same factors that make us less competitive make them more likely to acquire locally. The transaction costs for buying from the US or Europe or Asia are really high.

“Australia is by no means a humongous market like the US or China but far more business gets done as a percentage of the total than in any other market than I’m aware of, apart from maybe Brazil for a different reason,” he adds.

Sheldon hopes that by operating onshore, Curvature will double its Aussie turnover. “We have a $10 million business in Australia from Singapore but I think it could [get to] $20 million quickly if we were local.”

What makes Australia unique, says Sheldon, is the amount of technology and connectivity. “If you look at population, you would think Australia was a much smaller market but the equipment we sell and maintain has much more to do with connected devices, how many devices, how pervasive is wi-fi connectivity, what speed in general is the pervasive bandwidth and those are all very positive in Australia.”

The reality is that most companies are locally owned. Australian Bureau of Statistics data shows that at June 2011, 97 percent of businesses were wholly
Australian-owned.

Nonetheless, government policies are focused on attracting foreign investment because of Australia’s remoteness. The Department of Foreign Affairs and Trade website says, “Without foreign investment, Australia would be unable to build our economy to its full potential and would have less funds available to spend on hospitals, schools, roads and other government services.”

Austrade provides overseas businesses with assistance by providing them with information about grants, R&D tax incentives and other assistance.

Servion, for instance, was lured down under by Victoria’s Napthine Government, determined to set up a Silicon Valley to replace Victoria’s dying manufacturing industry. The government sent its minister for technology, Gordon Rich-Phillips, to Mumbai to meet with Servion executives, and invited them to see the Australian Open. When Servion decided the timing was right, the government helped the company with registration. It even connected Servion with Australian lawyers. Victoria was the only state to connect with Servion.

This willingness for foreign investment does not extend to differential tax treatment – a core principle for some countries looking to tempt overseas businesses.

A recent study by UHY, the international accounting and consultancy network, found that Australia sits below the global average in attracting Foreign Direct Investment (FDI) as a percentage of GDP. According to the 33 country comparison, Australia sat in 10th place with a rate of 15.2 percent. Compare that with a global average of 17.1 percent. It was also well below the EU average of 20 percent. Essentially, other countries are doing a better job of attracting overseas businesses. Singapore’s start-up industry receives significant government support with tax breaks and fund matching on investments. None of that is available in Australia – a fact that could make local IT players breathe a sigh of relief (see breakout).

Peter Strong, the executive director of the Council of Small Business of Australia (COSBOA) fears it could put many resellers out of business. “The argument is they will bring cheap prices and make everything better…[but] in the long term it worries me that there will be a decrease in service,” Strong says.