The harsh reality of going public in Australia 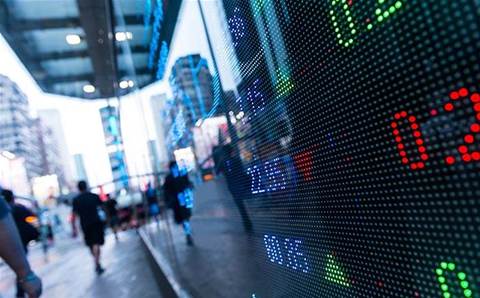 Few Australian channel firms have traditionally had strong aspirations for public listing, however, in recent years, many have developed an appetite for a float.

But the sharemarket appears to have little appetite for many of them. Are they trying to fly too high, too soon?

The stock price performances of most Australian IT service providers that have listed during the last four years — the clear majority via back-door floats —could, at best, be described as flat.

Hosting provider Bulletproof’s shares were valued at $0.40 cents each shortly after it reversed into the shell Spencer Resources late 2013; they’re currently trading at around $0.09 cents.

Cloud provider Rhipe’s (formerly Newlease) shares enjoyed a brief time in the sun rising from around $0.50 cents following its back-door listing early 2014 to hit a peak of $1.75 mid-2015; today they’re trading back down around $0.50 cents.

When Breeze and Technology Effect merged to form MOQdigital and reverse into Montech Holdings its shares were worth around $0.30 cents and they’ve clung to that price range ever since.

Similarly, Cirrus Networks shares have barely pushed the needle since it reversed into Liberty Resources in 2015, hovering between $0.02 cents and $0.05 cents.

Two veterans of successful tech-floats — James Spenceley, founder of Vocus Communications and now co-founder of investment fund MHOR Asset Management, and Dicker Data chief executive David Dicker — believe that many mistakenly view the ASX as an arrival point and don’t have a clear understanding of what’s required for a publicly listed entity to prosper.

“My CFO and I really managed our float very, very closely. We didn’t just flip it to a broker and hope. I had a very clear strategy and we fought very hard to keep that on track. I think that did help,” Dicker says.

“I think people list and then fail to understand that listing is not the end of the journey and you’ve got to spend an enormous amount of time generating interest in your stock, otherwise there’s not many buyers while a lot of your shareholder base want to sell. I think they just fall into the black hole that is the bottom 2000 stocks listed on the ASX,” Spenceley explains.

Similarly, Peter Kazacos, a veteran of two tech floats including Kaz Computing and founder of Kaz Capital, says many companies have a “magic pudding” view of going public but underestimate the sales and marketing talent required to satisfy the needs of both customers and investors.

Kazacos, has seen tech companies through both successful and less successful floats — the highly successful Kaz Computing in 2000 and back-door listed Annitel. The latter was the result of a series of complex transactions which eventually saw Hostech — also the result of previous back-door listing into a mining company — absorb Annitel along with three other companies in April 2010. Kazacos eventually became the major shareholder in the new group which became Annitel after the Hostech name was dropped. Annitel was ultimately split up and sold in pieces to BigAir and Inabox Group in 2014 when it failed to reach scale.

The latter experience hasn’t left Kazacos with a strong belief in back-door listings and he says that many technology entrepreneurs believe that they’re a cheap avenue for becoming the next technology unicorn.

However, he says the financial benefit is smaller than they perceive after taking into account the legal and regulatory costs of being a public entity.

And, he says, it’s likely to be offset by the pain if they’re left holding a large share of a sluggish stock they don’t know how and don’t have time to learn to promote.

Kazacos believes companies are better off spending time focusing on mergers to achieve scale and attract a spread of institutional investors to share the risk.

“People must look at what their ultimate goal is and I think a lot of people get starry eyes from watching the US technology juggernauts — the Facebooks, the Microsofts, the Googles — and think that they can become one. They’re exceptions to the rule.

"If they wait about, their share price just wallows — it doesn’t go anywhere and people have false expectations as to what the fair valuation of the company is. And if the shares aren’t trading, then the share price isn’t a fair valuation either,” Kazacos says.

He argues that the challenge is amplified in Australia, where investors are less familiar with the short-term loss strategies involved in growing technology stocks than those in offshore markets such as the US.

Heap is familiar with the problem and it’s one for which many companies going public are wholly unprepared. The luxury of quietly pursuing a growth strategy without answering to investors vanishes overnight.

“IPO’ing means, as a high-growth business, you have a significant communications challenge to ensure that the investors understand where the company is at and what its objectives are and how they’re trying to deliver. I think that companies that list to early face the challenge of a misalignment of expectations that private companies don’t have to deal with,” Heap says.

It can also place unnecessary pressure on companies to focus on their share price at the expense of producing long-term growth, Heap says. He argues that venture capital funds are more interested in a company’s potential revenue growth rate than they are in profit and share price.

“Somewhat counter-intuitively, they should be losing money. An early stage business should be growing very, very rapidly. Every cent of revenue, even though it might be doubling every year, should be thrown into continuing that rate of growth,” he says.

Twitter, Amazon, Uber and Box are just a sample of the technology titans that have achieved multibillion-dollar valuations without turning a profit.

They cite a need to constantly reinvest or risk being run over by the next new, new thing. Heap concedes that there’s more of an appetite for such strategies in the US than in Australia.

Dicker reserves a certain amount of scepticism for investment funds and their approach. He doesn’t believe there is a clear science for understanding why companies do and don’t succeed in creating shareholder value after floating.

“I don’t think so. You have to understand fund managers. They look for certain things that are not always logical. Business fundamentals mean a lot less to them than the possibility of growth. That is why Rhipe was a fund manager darling and Dicker Data was not — look at the two now,” he observes.

Arguably, a broader scepticism has seeped into the ASX and startup community concerning the impact of tech IPOs and back-door listings on the credibility of the securities market.

It reached its peak in June 2016 when online music start-up Guvera announced plans to raise $80m through an IPO float.

While the company was burning through cash and reported a net loss of $81m on negligible revenue for the previous financial year, had its prospectus succeeded it would have valued the company at $1.3 billion. Start-up community luminaries Mike Cannon-Brookes and Niki Scevak publically eviscerated the prospectus and the ASX scotched the IPO at the eleventh hour.

The Guvera prospectus scandal solidified the ASX’s case for tightening listing rules it had proposed a couple of months earlier to crackdown on premature, imprudent and feckless capital raising activity.

Under the new rules, which came into effect last December, companies seeking to list must satisfy a tougher Net Tangible Asset test which lifts the bar from $3 million to $4 million or a market capitalisation of $15 million (up from $10 million).

They’re also required to have $1.5 million in working capital and conform to a minimum free float quota of 20 percent (the proportion of the company shares actively traded rather than held in a restricted state by insiders).

However, not everyone agrees that the ASX should be tightening the rules. If anything, says Dicker, the Australian securities market needs liberalisation.

“Also what we really need in Australia is a good junk bond market. We did get a bond away a while ago, but it’s exceptionally hard to do. That is a massive impediment to companies in Australia. You need a thriving junk bond market to really move forward. It’s more important than venture capital."

For as long as the likes of Guvera keep trying their hand, Dicker is unlikely to receive many sympathetic ears within the ASX and the tech start-up community.

And, even if the fortunes of the listed channel companies turn around miraculously in the coming years, don’t hold your breath for that to change.

Grow your software revenue by selling these 5 affordable, essential tools for the modern workplace
By Andrew Colley
Jul 20 2017
12:18PM