The Missing Link Security's next tricks, a year after winning CRN Fast50 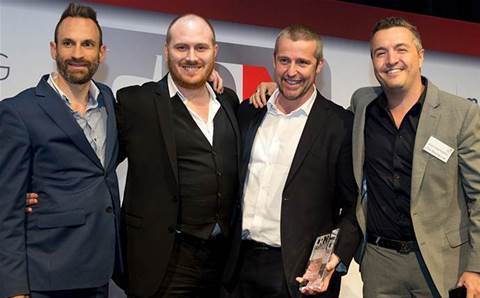 With a litany of high-profile cybersecurity breaches in the past 18 months and organisations now more than ever evaluating their security posture, last year’s CRN Fast50 winner The Missing Link Security is determined as ever to serve the institutions that are among the most targeted: government departments.

Shortly after the win, Missing Link Security took the wraps off a product that was three years in the making; a project that security director Aaron Bailey said was one of his visions when the company was founded.

The company launched ASD4-as-a-service in March this year, a managed service aimed squarely at allowing government customers to stay compliant with the Australian Signals Directorate’s top four strategies for protecting their infrastructure from cyber attacks.

Compliance with the ASD4 is mandatory for all government agencies, but not for private companies, though Missing Link Security still offers the service to enterprise customers.

“We’re definitely trying to be unique, but not just for the sake of it. Where the ASD4 is concerned, it’s just a really good idea,” said Bailey.

“It’s just doing the basics, but if you do it well it really works in making a material difference to whether a customer will be hit by ransomware or cryptolocker or even worse. And almost nobody is doing it well.

“It is a hard problem to solve, that’s why we spent so much time developing it and launching it. It’s not just to be unique and different, it’s about actually trying to make a difference.”

The Missing Link Security was set up in 2013 as an IT security-focused sister company to well-known Sydney integrator The Missing Link Network Integration. The two entities have a different ownership mix.

The decision to spin out security was a success, made evident by Missing Link Security’s win in the CRN Fast50 last year with a whopping 333.26 percent growth, reaching $11.5 million in revenue.

Missing Link Security isn’t immune to one of the most prominent challenges in the channel: hiring quality talent. Despite a shortage of skilled workers, Missing Link Security kicked into hiring mode this year with 19 new staff across the entire business, bringing the total headcount to 31.

The company recently set up shop in Melbourne as well, and has ambitions to establish a physical presence in Brisbane and Canberra to cover the entire East Coast. Bailey said international expansion was also on the cards, with European operations in sight.

Though Missing Link Security still has a tight relationship with cybersecurity vendor FireEye, the company is also on the lookout for new partners that fit in with its offerings. New vendors include Darktrace, which Missing Link Security built its network behaviour anomaly detection-as-a-service product on, as well as Carbon Black and ForeScout.