The next evolution for Vonex is mobile app development 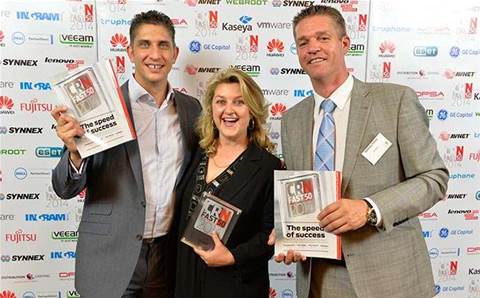 Last year’s CRN Fast50 No.1 spent the majority of 2015 negotiating through red tape in a bid to reverse list on the ASX. Now that due diligence is complete and a float planned for November, Perth-based Vonex is ready to lift the lid on its latest product.

Vonex has grown beyond its heritage in the channel in telco reselling and wholesaling and thrown itself into productising its intellectual property. The company is getting ready to take on the world with Oper8tor, a free app that allows users to call individual or multiple contacts simultaneously regardless of device.

The app updates all numbers and details on users’ contact lists onto a single platform and calls multiple points of contact at the same time, including landlines, Skype and Facebook. Revenue comes from in-app advertising.

As part of the reverse takeover of former energy company Aleator, Vonex has raised $5 million in capital, with $3.5 million going into app development. “We’ve started fundraising for the app development, and that’s what led us to becoming a listed company,” said chief executive Brydie McKee.

“When you look at app development – especially for a global launch – you need to raise money if you want to go into new countries and reach a wider audience.”

The company grew 232.4 percent in the 2014 financial year, raking in $3.7 million in revenue and earning the top spot in the CRN Fast50. After two years of back-to-back, triple-figure growth, Vonex will focus its efforts on Oper8tor for the next 12 months while growing its wholesale and retail telco businesses into new markets. Vonex already has customers in 63 countries, including the US, Singapore, Indonesia and the Philippines.

The communications business is still Vonex’s bread and butter, but the company is no stranger reselling its own IP. The business was founded in 2009 on the hosted PBX platform created by Angus Parker, marketing a white-labelled hosted PBX to ISPs and telecoms providers.

In 2013, Vonex acquired one of its major sales partners, iTrinity, meaning the company no longer had to rely on white-label partners to sell and market its service. iTrinity also brought on billing and helpdesk capabilities, business and residential PSTN, mobile and ADSL.

With huge plans for the year ahead, the reigning Fast50 winner will be hoping for a re-entry into the 2016 list.  “Good luck to the 2015 entrants, it is a fabulous ride being in the top 50 winners of the CRN Fast50, particularly being number one,” said McKee. “Look out in 2016 because we will be trying our hardest to get back into top spot!”