The problem with flash is it doesn't break down 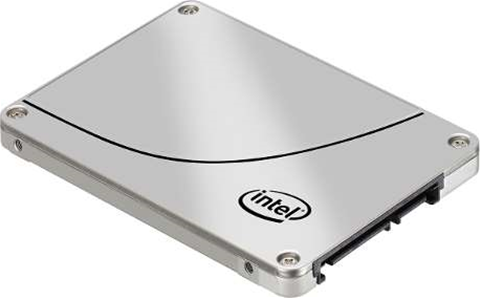 Flash is killing resellers. And we don’t mean Flash Gordon. Or that bloke in an old raincoat who occasionally pops into the shop. Or those things that make your photos look better when taking selfies in the dark. We mean flash drives. Solid state drives. Hard disks with no moving parts. With very little to go wrong. Ever.

Built-in obsolescence was famously made famous by Henry Ford who probably only invented it by accident while trying to make his cars cheaper. The by-product of the cheap, mass-produced car was that bits wore out and needed replacing, thus creating a nice little earner for the folks who keep them going. And the same thing applied to IT.

In the reseller world, you could always rely on a hard drive to help with the bottom line. First, there was the fear of failure. Anything designed to spin faster than a Formula One engine for 24 hours a day isn’t long for this world. Heck those Formula One dudes change engines after every race. And if the spinning isn’t bad enough, there are those data pickup heads hovering nanometres above the surface. That’s like holding a Formula One race on a velodrome. There’s going to be a crash.

That scenario, once explained, gave rise to all sorts of up-selling. Like a backup hard drive for the unreliable hard drive inside the PC. Fortunately for resellers, irony is lost on the general public. For those who understood irony, we could offer a tape drive, which by design was more unreliable than any hard drive ever built, with a level of incompatibility between vendors that would make Apple and Microsoft very proud.

Then, when the inevitable occurred and the hard drive crashed, we could offer umpteen services to the hapless consumer. This could be a high-cost, high-tech solution in a clean room with dudes in HAZMAT suits, trying to recover all the broken bits of data to assemble them into a facsimile of the lost lolcat pictures. Or, it could be a simple,“Oh dear, how sad, never mind”, followed by the installation of a brand new time-bomb from one of the highly respected hard drive vendors.

Of course, while the customer was in the shop, there was ample opportunity to point out that the new high-performance hard drive would be underutilised in such an old PC, so why not upgrade to a whole new box? After all, that other thing inside with moving parts, the power supply with its integrated one-dollar-fan, would soon be joining the old hard drive in IT heaven.

Then along came flash. With no moving parts. Using bugger all power.

Sure there was an initial flurry at the cash register as resellers retrofitted SSDs into old PCs at vast mark-ups. But you needed a massive mark-up because you were never going to see that customer again. Not ever. Once the SSD went in, the punter could keep using their hoary old PC almost indefinitely.

Who knew that the real performance bottleneck was hard drive access, not how much RAM or how much CPU grunt you had? All right, who besides resellers knew? Ten-year-old PCs running Windows 8.1? Yep. It’s happening right now for the price of an SSD. And don’t get me started on the corporate customers who are upgrading their SANs with a pallet of SSDs they bought on eBay. That’s altogether too depressing.

Gotta go! Flasher at the door!