The rise of Asia in the Australian channel 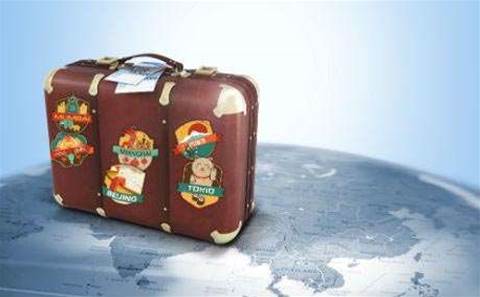 When Nextgen Distribution set up shop three years ago, founder John Walters wanted the company to live up to its name – and that meant finding Asian suppliers of enterprise IT who were cleanskins in the Australian channel.

It was the time leading to the Government’s Asian Century report, and the mining boom that carved up mountains to ship to China was at it its peak. Also, Australia was (and still is) in the grip of a generational productivity slump and high wages. It presented an opportunity for Nextgen to look further afield, says Walters.

“The traditional place a distributor would go to source vendors was Silicon Valley, and we had a keen eye on the Asian Silicon Valley,” says Walters, who was formerly sales and marketing director at Ingram Micro Australia.

Walters says Taiwan, India and China are hotspots for emerging enterprise IT vendors. They join Japan, Thailand, Malaysia and South Korea as sources of hardware, and India that has grasped the global outsourcing industry though companies such as Infosys, Tata, Satyam and Tech Mahindra.

“Years ago, Asia was a ‘cheap and cheerful’ view of electronics, but it is now an enterprise technology area.”

Nextgen introduced China’s number-two equipment vendor, ZTE, to Australia, a direct competitor to Huawei as well as the likes of Cisco. Channel partners get new brands, greater choice and better margins on commoditised features, Walters says, especially in the data centre where the customer doesn’t see a brand’s sticker.

“And we’re starting to get some appreciation from the Australian market that Chinese brands are world-class; they’re telco-class.”

The need for sharper solutions is pressing: we have the world’s fourth most expensive economy, says the World Bank, and our wages are among the most expensive. Multifactor productivity declined 0.6 percent every year for the past five years, says the Productivity Commission.

Asian geographies tend to specialise along the lines of competitive advantage. Manila and Bangkok are global hubs for contact centres, picking up where India – now focusing on business process consulting – left off. Japan is home to integrators and hardware design, while China ramps up its manufacturing and design.

India: Power from the people

In doing so, Infosys opened the door to the likes of Satyam, Tata and, most recently, Tech Mahindra. By opening local offices, Indian outsourcers hastened the trend to offshore consulting and code cutting, something that Australian banks in particular latched onto in the mid-2000s. They also legitimised importing foreign IT workers, often on 457 visas.

It is a mark of how long Infosys has been here that the Australian office doesn’t see itself as Indian any more.

Infosys Australia chief executive officer Jackie Korhonen, who took over from Ebeyan in 2008, says exposure to global competition is causing Australian enterprises to seek advantages where they can.

“Particularly our large clients need to be globally competitive and not only defend themselves, they also want to take their businesses into Asia,” Korhonen says.

“They need best-of-breed IT and processes at the right price point. They are part of the global economy and need the best the world has to offer.”

Korhonen says Infosys’ expertise in delivering projects while drawing down on global centres of excellence sets it apart from other Indian providers.

“Discipline, processes, the way delivery is managed seamlessly around the world, that’s what differentiates us. Our clients trust us, and whatever we say we can do, we do.”

Infosys will expand into public-sector work more aggressively over the next few years, challenging incumbent Western providers. “They’re looking for companies to provide end-to-end services [through the cloud] and consumption pricing.”

Tech Mahindra is the latest Indian IT provider to come here, recently tilting at Canberra’s Dataflex – although that deal fell through at the final hurdle. It also hired former Telstra executive group managing director and now Hills chief executive officer, Ted Pretty, to navigate at the top end of town.

“Telecom providers are having to focus on enterprise because that’s the largest market,” Potdar says.

Although India and Asia are massive markets, providers from those regions are still attracted to Australia’s miracle economy, which has had 23 years of growth. “Australia is a very important region for us. It has a lot of potential [because it] is one of only two [ASEAN] countries clocking positive GDP growth and most of the ASEAN tigers are fading.”

Tech Mahindra is focusing on financial services and government, especially the NBN. And it is pursuing telco and mining while offering managed services.

But customer demands for an IT services provider with intimate knowledge of their sector and business has led Tech Mahindra to reorganise away from purely technical delivery and hire experts with sector-specific experience.

The focus on business challenges has led it to double down on the ground in Australia.

“If you visit [a country] you have a view, but if it’s in your DNA you have to be part of the local area.”

China’s sleeping dragon has fired up, spurring Australian resources trade. China is also the source of the world’s cheap consumer electronics, which it parlayed into making enterprise-grade IT equipment.

Barry Lerner, chief information officer for Huawei, China’s number one IT equipment maker, acknowledges that China is no longer the land of “cheap and cheerful” devices, as major manufacturers embrace quality standards and methods. Lerner says Huawei’s philosophy is to offer solutions tailored to Australian verticals such as banking, mining, retail, medical and public sector backed with business advisory services.

“We’ve come in with an overall solution and built it on our foundation,” Lerner says. “We have our own cloud, big data, smartphone devices and our own network.”

Lerner likens the Huawei experience to plugging an electric car into the power grid.

“We come in with the idea of applications for each of these industries. We can do the whole hospital and patient records and applications coming out of China as well as all the devices. Certain devices like measuring blood sugar, you wouldn’t think that Huawei does that piece, but we have partners who do.”

Huawei also focuses on its customers’ business needs: “We have mining [experts] and doctors who help with the processes”.

Typical of Asian companies’ slow-burn mindset, Lerner says Huawei “calls on customers even if there’s not an [immediate] opportunity there” to learn who they like and trust and have dealt with in the past.

“From there we start to develop our strategy.”

Huawei will launch its retail channel in Australia later this year to expand its reach, while it is also busily filling out its local distribution channel.

Lenovo became known in the West when it bought IBM’s PC business in 2005 (it is also buying Big Blue’s x86 server business). Lenovo Australia’s executive director Matt Codrington says it must be more efficient than everyone.

“Our challenge as a hardware vendor is to grow in a market where the average selling price of hardware continues to follow a downward trend of average unit price,” Codrington says.

Lenovo has global hubs where skills and costs make sense: its social media hub is in Singapore, marketing in India and research and development is split between North Carolina and Japan.

“The success that Lenovo has had over the past four years is driven by scale. As you scale your business, diversity is very important.”

He says that risks such as the devastating Thailand floods that wiped out much of the region’s IT manufacturing are instructive. Lenovo has spread its factories in Japan, Mexico, Hungary, India and back in the US.

“It’s been very important for us to bring manufacturing in-house rather than outsource. We’ve opened new Lenovo factories across China.”

While Australia argues over the NBN, countries such as Indonesia, which has installed several communications backbones over the past year, “are hurtling towards their digital future”, says Codrington.

“We see countries like Indonesia investing heavily and we have to be more heavily invested in the backbone or wireless infrastructure if we’re to have a chance 20 years from now.”

Japan: Land of the rising integrator

Japanese telco giant NTT Communications is another overseas entrant that bought into the local market when it took over Frontline Systems and Harbour MSP in 2011, merging them last November.

(Its parent company, the Nippon Telegraph and Telephone, in a separate and unrelated deal bought IT services provider Dimension Data for $3.5 billion in 2010.)

NTT is not the only Japanese giant that has established a foothold in the Australian integration space. NEC did the same through its 2012 buyout of CSG’s technology solutions unit.

NTT Communications ICT Solutions Australia has about 200 staff that provide everything “from the ground up”, says marketing manager Michael Fortescue.

“Network servers, a whole portfolio of managed and professional services, and we also provide infrastructure and value-added services,” Fortescue says.

Where some larger service providers have had to adjust to rapid delivery of projects, Fortescue says it plays into NTT ICT Solutions’ wheelhouse.

Fortescue says Frontline and Harbour MSP are bedded down: “There’s a lot of consistency, it’s fully integrated and we’re making money every month.”

It is now focused on taking Australian brands global, using NTT’s end-to-end network. “We’re the gateway for Asia and the rest of the world” and to bring foreign companies into Australia, he says.

Growth areas include managed and cloud services (offered through the Melbourne data centre, formerly Harbour MSP) and storage services for governments. Consuming database and analytics services on demand is also a growing business, he says. NTT ICT Australia “takes on the burden” of licensing for the customer:

“We let the customer bring their own licences or we can offer the licensing on top.”

Microsoft gave New Zealand IT services provider Datacom its entry into Asia in 1995, commissioning it to provide fulfillment for the Windows 95 OS. Since then, Datacom has expanded to the Philippines, Malaysia, Hong Kong and Indonesia, recently divesting itself of some businesses as it recasts itself.

Kirsty Hunter, who has been with Datacom Connect since 1998 and is now the managing director of its business-process-outsourcing arm, says Asia is not homogenous. Datacom has juggled its capabilities to benefit from strong technical capabilities in Malaysia and the low price point offered by the Philippines’ English-language heritage.

She advises Australians engaging in Asia to take a long view. “Be patient. We’re not steamrolling Asia. We’re very deliberate and prudent,” Hunter says “We’re happy to invest and take a loss here and there.”

Channel partners venturing into Asia should respect local cultures: “You can’t do the fly-in-fly-out thing with Asia; it takes time. Nobody can dispute the size of the market that Asia presents, but it’s not a cash cow; it’s a real slow-cooking thing.”