The rise of the digital map and the fall of man 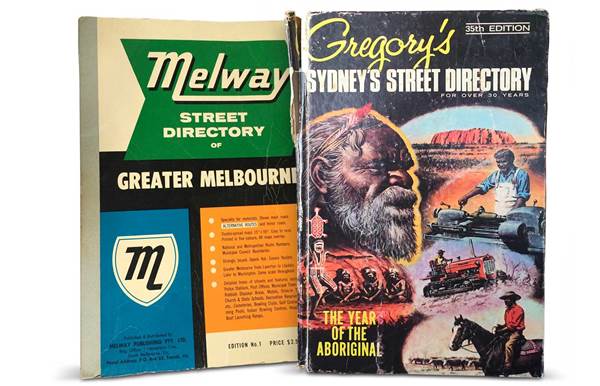 COMMENT  |  You know that old chestnut about how men never ask for directions because it’s some kind of threat to our desire to appear in control of any situation? Yeah, generalisations are always funny.

Well, thanks to digital disruption, it’s not true any more. Men will ask directions now – just not from people. Because the other hilarious trope about men and our silly, silly ways is that we just love playing with toys and gadgets. Give me a device that does a thing I could do perfectly well by myself and I’m sold – just give it a cool name. Maybe throw “cloud” in there somewhere so it sounds really modern.

Digital disruption has hit many an industry these past couple of decades, and publishing – my industry – is no exception. Go into your local newsagent and see how few magazines are on sale compared to ten years ago and … oh yeah. You don’t have a local newsagent anymore. It’s a hard world.

If you’re reading this on paper, rather than a screen, allow me to take this moment to thank you, you stalwart of print, for your ongoing support. Not a lot of technology publications do paper anymore.

It’s no easier for the publishers of street directories, who find that their core business has been supplanted by apps that everyone gets for free when they buy a phone.

Believe it or not, Melways, Gregory’s and UBD street directories are all still in print. I looked that up. I had to look it up, because I can’t tell you how long it’s been since the last time I owned one, or even saw one. I expect the core market  for printed street directories is people who don’t know about the app on their phones. Or maybe libraries, which keep a supply of old street directories for people to look up what their neighbourhood used to be like in the old days.

Of course, the app on your phone is much smaller than the map in your printed street directory, so there is something to be said for not having to scroll about. But that’s about it. You don’t need to buy a new app every year to make sure it’s up to date, and you can even have it tell you, turn-by-turn, where to go next.

Which, come to think of it, is a little bit like what happens when you ask for directions, isn’t it? So have Google and Apple Maps really solved the problem? How can I look all manly and stuff if I’m doing what my phone tells me to do?

This might explain a phenomenon I have been noticing recently, whereby Apple Maps appears to be trying to kill me. Try to follow my thinking here.

If I need to get from one place to another and I’m not sure of the route, the last thing I can do is ask anyone, because testosterone. I can, however, ask Siri to tell me how to get there, because gadget. But then I’m being told what to do every few minutes and how can I possibly cope? My phone ain’t the boss of me, right?

So every once in a while, Siri tells me to do something utterly daft. Like, repeatedly telling me “stay in the second lane from the left” and then suddenly “use the left lane to turn left”.

I’m confronted with two choices: swerve across whatever traffic is in the left lane and risk death and potential property damage, or miss the turn and suffer Siri’s quiet opprobrium while it gets me out of the mess I got into by not doing as I was told.

Matthew JC Powell is a technology commentator, philosopher and father of two, in no particular order​