The second coming of VDI 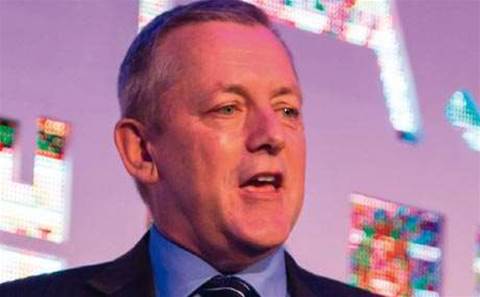 Despite early hype surrounding virtual desktop infrastructure (VDI), it failed to support expectations. For instance, in 2009, Gartner predicted that two in five desktops would be virtual by now, but the analyst has pushed out its projections to 2016, when it predicts that just 8 percent will be virtual.

But as network infrastructure improves and data centres become more responsive, a trend that has been ‘just around the corner’ for a decade may be starting to appear.

He said ChromeOS might span from education to the enterprise: “I’ve been working on a Samsung Chromebox to discover what new challenges this technology brings.”

A key consideration will be how the platform handles applications through HTML5 and with whom Google partners, he says. VMware and Google joined forces in February to offer traditional Windows apps on Chromebook devices.

“What are we going to do about these end users and devices?” asks VMware Australia & New Zealand managing director Duncan Bennet. “And with the CIOs I’m talking to, the biggest challenge is how to provide this any-device connectivity.

“We believe the answer lies in the software-defined workspace.”

Bennet says the reasons for VDI weren’t always clear. “We see a lot of adoption in government and the financial sector, but VDI is not the answer for every user.”

Japanese systems integrator NEC needs no convincing of VDI’s benefits, says its Australian chief technology officer, Tassos Mangos. The Australian arm was looking to provide desktops as a service when it found head office already had this technology. “NEC has 160,000 [virtual desktops] around the world and eight years of deployment expertise,” Mangos says. “VDI was a bit of a non-starter for not understanding the back-end costs. That’s changed now due to efficiency and how we’re delivering.”

When a VDI implementation is struggling, it pays to check network latency, says Riverbed regional vice president, Ian Raper. A bank was struggling with its VDI for five months before it worked out why it was running so slowly.

“VDI doesn’t like latency,” says Raper. “After four months of testing everyone assumed it was the network, cloud provider, firewall, storage… everybody was put through the cycle. After two weeks [using Riverbed’s network optimiser] it was possible to show the VDI presentation layer [was to blame].”

Grow your software revenue by selling these 5 affordable, essential tools for the modern workplace
By Nate Cochrane