The squeeze is on for BlackBerry 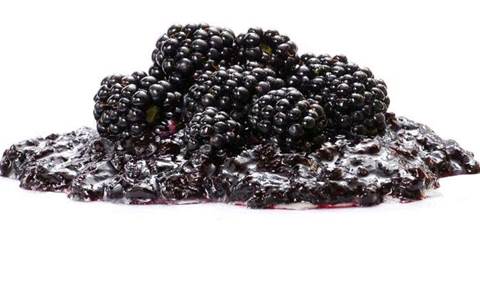 A few issues ago I suggested that Apple ought to buy BlackBerry. At the time, it seemed like a good idea, because I could see potential for BlackBerry’s services if they could only be set free from BlackBerry’s hardware. A BlackBerry Messenger on iOS, I thought, could be great.

I’ve changed my mind. Why? BlackBerry Messenger on iOS.

The software was released to considerable fanfare, then pulled because BlackBerry’s servers couldn’t cope with the sudden spike in demand. There’s your first clue right there. Then it was re-released a few days later, but it took users hours or even days to register for the service (including me, even though I already had a BlackBerry ID). There’s your second clue right there.

Then, once you’re registered, what happens? Nothing. Does the app have a directory, or a search function, like any decent communication app – Twitter, Facebook, Skype, Instagram, etc? Nope. There is no way to search for your friends or contacts among the other people who registered for the service. That floored me. This was BlackBerry, the company that basically invented mobile messaging, releasing a mobile messaging app without a directory service. It was like Paul McCartney, the genius behind the Abbey Road medley, turning around and releasing that song about someone knocking on the door and could you let them in. Seriously, it’s that naff.

One kind of neat thing you can do with the app is generate a QR code with your PIN on it, and send that to friends so that, if they happen to have BlackBerry Messenger, they can scan the code and link up with you. On the CrackBerry forum (a BlackBerry fan site) the editor was enthusing about the fact that thousands of people were sharing their QR codes on Instagram. Instagram! Can you believe it?

I posted my QR code on Facebook, and got a grand total of zero takers. You know why? You want to guess why? I’ll tell you why: all the people on Facebook who might want to get in touch with me can do so already – via Facebook.

BlackBerry Messenger for iOS and Android has managed to prove once and for all that BlackBerry is no longer relevant. As I was writing this, BlackBerry announced that its planned sale to Fairfax Financial Holdings is off. Rather than buying BlackBerry for $US4.7 billion, it’s going to organise a consortium to loan the company $US1 billion, and toss in $US250 million itself, “as a show of confidence”. Hint: when an offer to buy turns into a loan for around 1/20 the original amount, that’s not confidence.

Part of the new deal – if you can call it that – sees Thorsten Heins removed as CEO and replaced by former Sybase CEO John Chen as Executive Chairman and “interim CEO”. I’m intrigued by that, because I can’t imagine there’s seriously a search for a permanent CEO happening. Maybe someone in Waterloo, Ontario imagines that the reason Steve Jobs managed to pull Apple back from the brink was because he spent several years as “interim CEO” before taking the job permanently. Hint: it wasn’t.

Chen reckons he can turn BlackBerry’s fortunes around. Good for him. He reckons he can do it in six quarters. I suspect that’s optimistic, but optimism is perhaps all that’s left.

Right now, BlackBerry’s market capitalisation is hovering around the value of its declared assets in its most recent filing. That means the market thinks the company itself – separate from the real estate and capital it owns plus the cash in its bank account – is worth basically nothing. Given that it has apparently lost the know-how to build a decent messaging app and the back end to support it, that valuation may be right. I’m not confident that BlackBerry has a year and a half left.