The Telstra acquisition that puts the K in cloud 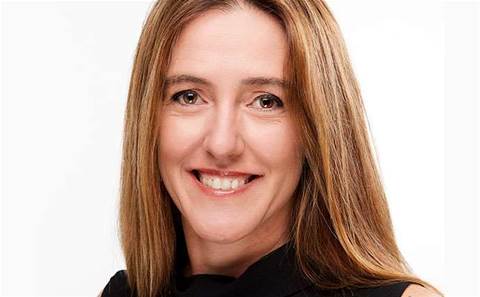 Telstra has been on a whirlwind acquisition path over the past three years in an effort to beef up its enterprise capabilities.

The buyout of award-winning Microsoft partner Kloud turned heads in January. The Melbourne-headquartered company earned its reputation as one of the fastest-growing and best regarded of the new breed of cloud integrators.

Telstra didn’t hide that its enterprise cloud business was lacking and that plucking one of the channel’s brightest stars was the best way to fill the gap.

Kloud managing director Nicki Bowers says: “It has been a great transition so far and we are already experiencing a strong alignment between Telstra and Kloud sales teams.

“We have many new customers that have been introduced to us by Telstra, providing a better coverage of the market.”

The business had been propelled by the broader uptake of cloud services as enterprise customers mature and leverage their cloud investment, Bowers says. She hinted at the internet of things and enterprise mobility as the next key areas for the six-year-old company.

“There are more people leveraging the tech for things like IoT – and building cloud-based applications on top of the technology will be key in extracting the benefits.

“There’s also been a massive shift to enterprise mobility in the past 12 months that we are continuing to support from both a consulting and managed services perspective.”

Kloud has always cherished its company culture as a key to success, dubbing its staff ‘Kloudies’. While Bowers’ fellow directors Jamie Potter and Geoff Rohrsheim left following the Telstra acquisition, Kloud’s headcount is booming with 38 new Kloudies coming on board this year.

Telstra has been open about its global enterprise ambitions and Kloud is poised and ready to go along for the ride. With help from the telco, Kloud has expanded to Singapore, adding to its international market presence in Manila.

Kloud also has offices in Sydney, Adelaide and Brisbane, along with its headquarters in Melbourne.

While sustained growth can be tricky for CRN Fast50 companies, Bowers says Kloud is expecting another big year. The company debuted in the Fast50 in 2014 at No.3 with 135.09 percent growth to hit $19.2 million in revenue.

“We attribute a lot of growth from helping our customers develop a cloud strategy based on their inherent needs and building an end-to-end solution around which creates stickiness with our customers,” Bowers says.

“For us to be able to support and provide enhancements once the workloads have moved is paramount. It’s something that motivates customers to move to the cloud, knowing we will support them throughout their journey.”