The year the cloud grew up 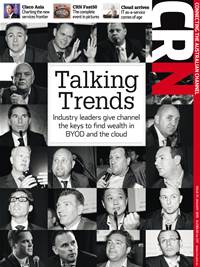 This article appeared in the January issue of CRN magazine. 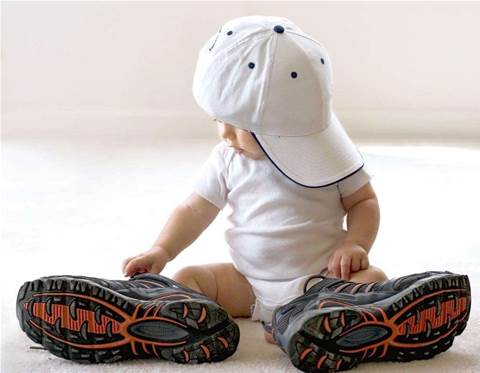 No matter how fast technology changes, the rules of the channel always seem the same. Rules that vendors seem to have a hard time remembering.

The number one rule? Vendors will always need a channel of resellers. As you make your plans for 2013 this should give you some comfort. Just make sure you read the fine print.

While a channel is mandatory, your place within it is not. Let’s look at one of the latest and greatest examples of a vendor learning the number one rule the hard way.

Google is not the first vendor to think that its technology is so amazing that customers will ditch their existing set-up and come running. After all, you don’t need a reseller to become the world’s biggest search engine. The power of the internet browser lets a vendor reach right into a home or business and serve up services that once belonged on servers.

The same thinking appears to have underpinned the global giant’s attitude to Google Apps. The productivity platform was supposed to unseat Microsoft Small Business Server and Microsoft Exchange but anecdotal evidence suggests it is mainly chosen by new businesses wanting to keep costs low. Google appears to have had far less success at flipping established businesses from Microsoft’s grip.

Google offers a self-help portal where a tech-savvy business owner can port emails and files themselves, but those situations hardly represent the bulk of the market. And Google’s Australian channel is anaemic. There are 27 resellers listed for Sydney which includes the majors such as enterprise players Fronde and Cloud Sherpas.

But most of the entries are tiny outfits with non-corporate names such as Bunch of Cowboys and Plenty of Parking. Where are the mid-market players? Where are the veteran channel brands?

In the wake of the latest CRN Fast50 it’s interesting to note I couldn’t see a single entry in Google’s listing which is hardly surprising. The margins in reselling cloud are virtually non-existent – it is purely a services play, and most are trying to make their money on the migration because there are no servers to support.

And you’re not going to make money on password resets. Google’s consumer roots have also hampered its takeup, which is a polite way of saying the messaging for business can take a back seat.

One Google Apps reseller told me last month that he had reasonable success with businesses under 50 seats but that over 50 seats the demand was almost solely for Microsoft Office 365 (which he sold as well). Why was that?

A larger company asked for a demo of Google Apps’ video collaboration platform, Google Hangouts. The first thing that popped up was a request saying, “Which friends do you want to invite?” Can you imagine the CEO of a 100-person company asking a key customer if they could be “a friend” so they could talk together on Google Hangouts? Hanging out is what you do with friends, not customers.

But one of Google’s biggest problems was the lack of a program for resellers. There was nothing to stop any company putting their hand up and calling themselves a Google Apps reseller, even if they’d never opened a browser.

Google is finally waking up to the reality of rule No.1 – you need a channel to sell to SMB. And you need to build that channel, starting with a definition of who’s in and who’s out.

“Now you have to sit exams to become an accredited partner for Google Apps. This is a big shift,” he says. “That’s bringing some legitimacy around the cloud model which we didn’t have.”

Google is still a little shy about talking to the press about its channel plans. The certification program was apparently launched in the US in February last year but only brought out to Australia in this financial year.

The exact date for Australia is unknown because Google doesn’t appear to have notified either of the two channel publications about the program – a strange omission when you’re trying to build a channel. Google also refused to make a spokesperson available to comment on the program. Hopefully Google will decide to let everyone know a little more of its plans in 2013.

After all, the market is hungry for information and assistance on moving to the cloud, says Chadwick.

“We’re now moving to the broader market model where there’s a bit more maturity. Companies are looking for advice about the cloud and the traditional IT specialist has no bloody clue,” Chadwick says. “Their version of the cloud is to set up a remote server and dial in. But that’s not cloud.”

Who knows what Google’s Google Apps channel will eventually look like. At $5 per month per seat (that’s the cost to the customer; the margin is apparently 25 percent of that!) it’s hard to imagine there’s room for the mid-market resellers. Either they’ll be one- and two-man bands or national providers and telcos collecting licences like long-line fishing trawlers.

It’s interesting to look at the channel emerging around the world’s most successful hardware vendor, Apple. The iPad is emerging as the must-have business tool because of its appliance-like nature. The thing works as intended and hardly requires any support.

A growing group of business consultants and accountants are assorting cloud programs for their clients which they can use from the iPad. For some reason the software itself is much more appealing to business owners when they know it can be accessed from their tablet. Not that there’s any money in other types of cloud software. Good luck making a living out of it, unless you’re well into workflows and software customisation.

But if you’re looking for growth that’s one market on the boil.

Now for the good part – sitting down with a bottle of red and making some guesses as to what the year holds. No-one bothers to check 12 months later anyway. I’m just going with the one prediction because it has such huge ramifications for the channel. OK, it’s not really a prediction, it’s already in train but it’s going to become clearer.

Server companies will get hammered

Here’s a tale of two pictures. Notice how the graphs are diving to the right there? No, it’s not good is it? You’re looking at the three-year share performance for HP and Dell. Let’s just say enterprise hardware, or businesses built around servers, is not going so well and is going to get a whole lot worse.

I’m guessing one of the reasons they are hurting so badly is the impact of the cloud. Those great big cloud data centres already buy up a fifth of the world’s servers. That fraction is going to get bigger and bigger. You can imagine how small the margin is on a server when it’s one of millions sold to a single customer. Not quite the same as SMB, I’d imagine.

Everyone thought that Leo guy was crackers when he tried to steer HP into software. Admittedly he cocked up on the execution by alienating huge swathes of customers, not to mention the board. And then he bought an (allegedly) absolute turkey that has cost the company as much as $8 billion. (Don’t you agree the former Autonomy CEO should only appear in photos wearing a monocle and stroking a white Persian cat?)

But you can see what he was trying to do. Take a look at IBM’s share price. While HP and Dell are under $20, IBM is butting against $200 and has been on a tear for the past three years.

From Morningstar’s analyst report: “IBM holds a defensible position in enterprise software, services, and hardware. While each of these businesses is an industry leader in its own right, the combination of these products and services provides the firm with an unrivalled solution creation and delivery ability that is the key to its wide economic moat.”

IBM’s consulting division mixes it with the Accentures of the world, an area that swims in money. HP and Dell are trying to get there but have they moved fast enough? It’s something to keep in mind, server-selling friends of mine.

When the company that makes the servers you sell is struggling, it’s time to act like an IBM and diversify. If you can slide into application development for a couple of verticals you’ll find it much easier to weather the upcoming storm. Resellers who have not dusted off their strategy road maps will be in for a shock.

Change has been building for some time now and the opportunity to act is running out. Double check you’re satisfied with the products you sell, the market you’re selling to and the vendors who you represent.

Study the vendors’ stories very carefully because they are sure to go under a serious rewrite. (Private cloud resellers should not forget VMware’s Project Zephyr. Where is that going?)

I wish you every success in 2013, whatever path you take.

This article appeared in the January issue of CRN magazine. Subscribe now