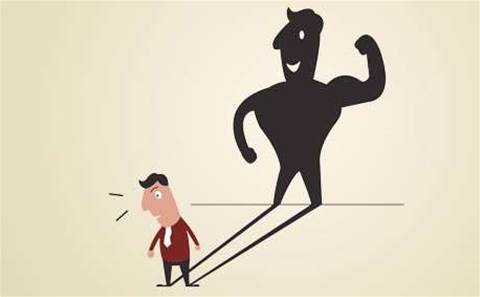 Tim Cook got a lot of press recently for grumbling at a shareholder - actually a representative of a shareholders’ group - at Apple’s shareholder conference. The hapless questioner pointed to various environmental and social initiatives in which Apple has been involved of late, and questioned their value in terms of return on shareholders’ investments. That’s (kind of) fair enough, but then he demanded that Cook commit - right there and then - to doing only those things that generate profits for Apple and, therefore, returns for shareholders.

For one thing, Cook did not get to the position he’s in now by doing what other people told him to do or changing his mind to suit someone else’s agenda. He is Steve Jobs’ hand-picked successor, chief executive of the most valuable listed company in the world - that’s not a job you get by being a wimp.

Cook’s Alabama drawl can lure people into thinking he’s a gentle soul who wouldn’t scare a lamb. Back to what I said about his job - gentle souls need not apply.

Most of the coverage of the Cook reply focused on the environmental aspect. Cook told his questioner, and anyone else, that if they wished to deny the threat of climate change, they should get their money out of Apple. Climate change is a political hot topic just about everywhere, so it’s natural for the press to fixate a little on that aspect.

But the questioner also missed the fact that a lot of what Apple does - like any truly successful company - is not focused on the next quarter or even the next year, but years or even decades hence. Something that costs money but has zero direct revenue - developing iOS, for example - is nonetheless vital to a long-term strategy.

How long was Apple maintaining two development streams for OS X - one on PowerPC, one on Intel? A second development team, on full salaries, built versions of every OS X update for half a decade for a platform Apple didn’t support. Waste of money, or smart contingency planning for the day PowerPC could no longer go where Jobs wanted to take the Mac?

More deeply than that, though, Apple is one of a small group of companies that spend their money researching concepts and ideas that seem pretty way out to folks like us, but that 10 or 20 years from now will be the shape of computing.

Google is another, though it’s a bit more showy about it - WiFi balloons and wacky glasses and all that.

One of my favourite Steve Jobs quotes was at the shareholder meeting after he first took the reins of Apple in 1998. Someone rattled off the statistics for the declining number of Macs that had sold, and asked him how he was going to fix it. He said: “I’m not. I’m going to build the best computers in the world.”

He was stamping his authority on the company; the era of Amelio, the business guy who fiddled numbers, was over, and Apple was back in the hands of someone who believed in building things.

Cook, like his predecessor, isn’t nearly so interested in making sure next quarter’s numbers add up as he is in making sure Apple’s still ahead of the curve a decade from now, both in tech and the elusive “cool” factor.

It can’t have hurt him image-wise, either, to show a flash of anger. The job description for Apple CEO quite likely includes the phrase “grumpy visionary who doesn’t suffer fools”. It’s reassuring to know Cook fits at least that part of the mould.