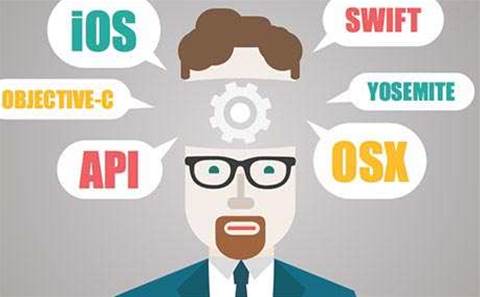 Apple’s Worldwide Developer Conference last month was its 25th, and would probably have been its largest ever, if everyone who wanted a ticket could get one. For the first time, tickets were allocated by lottery, rather than on a first-come-first-served basis, so everyone had a more or less equal chance of disappointment. When WWDC first started in 1990, it was attended by 1600 developers, which was a sizeable chunk of the total number of people writing for Apple systems worldwide. There are now more than nine million registered developers for iOS and OS X. Can you imagine them all fighting for 5000 spots in San Francisco?

Of course not. Even accounting for serious developers who, nonetheless, would lack the time, money or inclination to make the trip, nowhere near all nine million of those registered developers are actually developing anything. And don’t expect to see apps from the millions more who tuned in for the live stream anytime soon.

You see, WWDC has, over time, become an event for Apple devotees as much, if not more, than it is for developers. It has been used to show off new hardware such as the iPhone and iPad, despite being nominally a software event. Especially after Apple stopped attending Macworld Expo, the WWDC became the place where Cupertino spoke, and everyone listened.

Steve Jobs was obviously comfortable with that, and even cultivated a certain pseudo-religiosity in the way his company dealt with its customers. He understood the slightly irrational way people desire new things, and tapped into it well. Tim Cook appears less comfortable with it. He may be a better CEO, but he demon­strates no wish to be a high priest.

Many of those nine million regis-tered developers are just fans (or journalists) who have registered as developers in order to get early access to builds of iOS and OS X for the glory of being first on the block. Cook knows this, and it’s no doubt part of the motivation behind introducing a public beta program – people will be able to get their early hands-on, without muddying Apple’s numbers.

As for the announcements at WWDC, there were indeed some shiny new toys shown off, including OS X 10.10 “Yosemite” and iOS 8. Both of these include major interface and technological refinements that tie the two systems closer together yet maintain their distinct identities and use cases. It’s a model for multi-platform OS development that other companies (cough, Microsoft, cough) might do well to emulate.

The third shiny new thing was Swift: a Cocoa-native development environment that has the object-oriented goodness of Objective-C without dependencies on legacy C code or older APIs. Apple even got someone to demonstrate it live on stage. And they even made jokes about hyperthreading.

If you watched this in Australia, but you were not really a developer, Apple wanted you to go back to sleep. In fact, wherever you were watching from in the world, if you were not planning to develop anything, Apple seemed pretty determined to make sure you knew you were in the wrong place.

The pièce de résistance of Apple’s most developer-oriented WWDC keynote for more than a decade was what was not shown: any hardware. No new iPhone, no new iPad, no iWatch and no TV set. Sure, many of the enhancements to OS X and especially to iOS hinted at future hardware developments, but not one thing that appeared on stage was designed to make people want to reach out and touch it.

It’s hard not to see this as a deliberate shift in Apple’s strategy for its developer conference. And it’s the right move. Apple’s one of the biggest companies in the world now – it doesn’t need to be a cult.