To channel or not to channel: What’s an ISVs best route to market 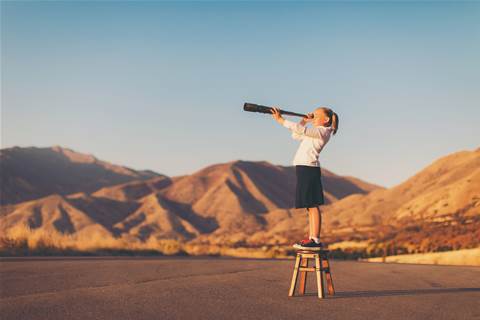 How do ISVs decide which is the best route to market? To answer this question, CRN spoke to a number of ISVs and investors with varying approaches to sales strategy.

While some ISVs opt to go direct with customers, others choose the channel to exponentially expand their sales force.

Taking the direct route are companies the likes of Saasyan, an AI-powered student safety and well-being startup. The company has recently appointed Sidney Minassian as chief executive and switched its sales strategy from working through partners to going direct.

For Minassian, this switch was based on having the best possible subject matter experts representing the company but also about providing the customer with the best buying journey.

“I think more and more even enterprise buyers, b2b buyers, they want a more consumer like experience,which means they want to be able to come on your site, learn what you do and see if you can solve their problem, explore your solution, get social proof, get a quote and then transact online and maybe ask questions directly,” Minassian told CRN.

The company not only deals directly with customers. In 2020 it was part of a larger deal with the South Australian Government where it went through the channel.

The deal was part of a larger contract which included Palo Alto Networks, Cisco and Telstra.

“That was a more complex deal, because it also involved networks and high speed internet for all the kids at the schools,” Minassian explained. “So when it comes to that, it makes sense to go through a partner, but that's a one off. And we will continue doing that on those types of deals where appropriate.

On the other side of the coin is a company called BeeCastle, an ISV which works with the Microsoft platform.

In September 2020, the Australian-born customer relationship analytics platform for Microsoft 365, affirmed its investment in the channel with the appointment of Andrew Browne as its new head of channel and partnerships, a Sydney-based role to help BeeCastle connect to MSPs other and resellers.

“The appointment of Andrew is critical to us growing our channel, working with partners on how they can use BeeCastle in their own operations to grow, alongside assisting them with campaigns to their customers,” BeeCastle chief operating officer Tom Hilton said at the time.

The company has since added integrations to Connectwise and joined the Ingram Micro Cloud Marketplace.

“We have seen a lot of success with managed service providers who use BeeCastle with ConnectWise for a 360 view of client relationships and drive strategy within sales teams,” Hilton said. “MSP sales leaders now have the data they need automated to retain and grow key accounts, incentivise prospecting and objectively.”

There are also a number of managed service providers (MSPs) which have developed their own solution and are selling this through the local channel or directly to customers.

One notable example is Sydney-based MSP eNerds. The company developed a solution called Invarosoft, a personalisable IT services management platform for MSPs and IT teams.

It is a dedicated application in which end users can connect directly with a support provider via a chat interface, and the provider can troubleshoot and run up tickets, all in the same space.

Launched in 2017, Warner said he realised that it would need to become even more if it was to truly provide value, and become an early-market player in an entirely new space.
The current iteration of the solution aims to be a one-stop-portal for everything that sits between professional services automation (PSA) solutions and the client.

The solution today has become a PSA portal and an identity access management solution, it replaces online forms and will soon have capabilities for customer satisfaction and vCIO to provide recommendations and pricing options directly to the client based on audit results.
Warner explained that to get to this point of success as an ISV, it has taken a huge amount of work particularly because they were treading new ground.

“We actually coined this customer experience category. If you were a vendor trying to sell on a marketplace, there was no category for this type of software,” Warner said.

“We've probably had a tougher time than most because it’s not only selling something but educating and selling at the same time. If we didn't have to do the education piece, life would be a lot easier, but with new categories comes spoils; you get the first-mover advantage and get some scale where others wouldn't because they’re competing against incumbent products.”

The company is taking a direct to business, ‘sell-to’ not ‘sell-through’ approach and Warner said that this meant a lot of groundwork, getting out alongside vendors at events and showing MSPs what can be done.

As the cost of cloud decreases and organisations look for a competitive edge in any way they can, we will see an increasing number of ISVs enter the Australian market and provide new opportunities for vendors, customers and partners alike.