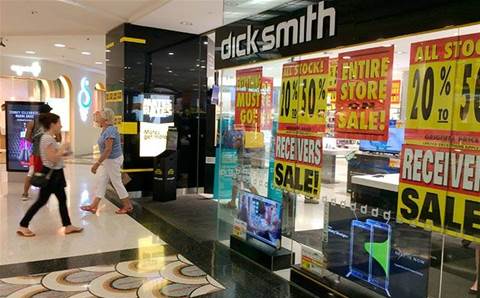 The Dick Smith Holdings stores are no more. All that is left are some large lawsuits and some larger lessons. We all lost something so let’s all learn something.

The world changed after the global financial crisis (GFC). The international finance world received increased scrutiny for their conduct – especially for behaviour that contributed to the financial devastation and contagion that spread and soured the globe. Many ordinary people lost their homes and had their lives torn apart.

Many business people still walked away with staggering multimillion dollar bonuses. So who was accountable? Will we all end up paying the titanic bills for the Dick Smith Holdings collapse?

Australians fortunately missed most of the GFC carnage (so far at least) but we should be careful not to miss out on the valuable lessons and changes that many other countries gained. Primarily and simply, these changes are about maintaining some semblance of accountability in the financial industry; keeping the financial world transparent and ethical due to the significant risks inherent in their industry. The consequences affect everyone – at least indirectly. Part of our Australian reform efforts should acknowledge the inevitability of risk but provide effective crisis management controls.

For example, nearly 3000 Dick Smith Holdings (DSH) workers lost their jobs after the electronics retailer collapsed. Most employees realistically had little control over the major decisions of the company. Meanwhile, the Dick Smith leadership team were remunerated much better than most Australians will ever be.

We are all part of the financial system – the essential plumbing of our society. We cannot ‘opt out’ so let’s ensure that our systems protect the public. Let’s ensure accountability and balance in our system.

We are all ‘investors’. Did your superannuation fund have any DSH shares at any time? How would you know?

Regardless of whether you suffered directly by the decimation of DSH, every Australian consumer lost DSH as an electronics retailer – sure, some were happy to see the stores go but this lessened competition.

Australians lost their longest serving ‘Techxperts’ and a physical store concept built on the foundation of Australian gumption and the intention of a welcoming environment to ‘try before you buy’ from a range of products and brands. Physical customer service to make your life easier with a technical solution. The DSH store model had the potential to be an Apple genius type customer service experience – but with more brands and catering to an older audience.

Please note that I fully acknowledge the horrid state of Dick Smith stores prior to the DSH collapse – at least the stores I examined in NSW and WA. However, did the entire business need to be obliterated or just the previous management?

So, what happened to Dick Smith?

‘[Dick Smith Holdings] would need to see a substantial reduction in EBITDA from even our guidance before we even get close to our number with the banks. So no concern from my end.’ - Dick Smith leadership team - 28 October 2015 Conference Call Recording – Trading Update

Approximately two months later, Dick Smith Holdings was placed into voluntary administration and receivership having covertly well exceeded ‘their number with the banks’. The oldest and longest serving Australian electronics retailer – DSH – was in fear of being unable to repay their debt. Fortunately, the demise of DSH has been covered by major media outlets.

McGrathNicol later uncovered that Dick Smith Holdings had racked up a debt of nearly $400 million by the time of the demise.

After more than 45 offers were received to buy the business, none were deemed acceptable by Ferrier Hodgson, and the business was liquidated with hundreds of millions still owed to creditors.

Was the quick flip sale by Anchorage legitimate?

Much has been made of the dubious history of DSH being bought by private equity firm – Anchorage – for a peasant‘s pittance ($94 million) then sold a year later for a king’s ransom (over $520 million). This transaction resulted in a massive gain for the seller and enormous losses for the buyers.

Anchorage offered no warranties, although the sale will surely be thoroughly scrutinised in light of current events. Whilst moral offences may be obvious from the history, the law can be murky in these situations so only time will tell whether any illegal conduct will be found.

Shareholder protection should be an evolving area of legal review and likely reform. I often feel safer and more protected buying a used car than participating in an IPO (initial public offering).

Why I invested in DSH

I invested for the long term. I thought I was becoming a part owner of Australia’s longest trading electronics retailer in a profitable industry with high room for growth. DSH was an iconic Australian brand where the thousands of employees collectively had a significant ownership stake: over 1100 staff owned more than 8 percent of the company, according to the chairman's address on 28 October 2015.

Nevertheless, I was realistic and dissatisfied with the previous management. Walking around stores showed that DSH was a business turnaround opportunity but I could only wait until new management was instated. I reviewed the publicly available materials and how no idea of the extent of the reliance on rebates or the true inventory issues.

For instance, DSH management have denied mismanaging the company but admitted having twelve years of AA private label batteries in stock at the time of the collapse.

The former DSH CEO rejected suggestions the company was buying too much stock in the lead-up to its collapse, describing an inventory build-up as "like a supermarket receiving Easter eggs in January but Easter's not until April. By the time you get to the end of Christmas, most of those were sold - you can't just look at a point in time."

No mention was made of whether the Easter egg use by dates are checked prior to the bulk purchases plus other complications with that comparison.

Overall, my evaluation of many factors combined to support my conviction that the shares were undervalued based on the publicly released numbers and information. Especially entering into what I believed would be a buoyant holiday trading period for the industry.

I relied on public information released by management. Combined with my own research which showed:

What I actually received

Not only are the shares a total loss, I have lost time and the emotional toll in something like this (even as a shareholder) has been crushing.

Much more than any other investment, I had to live with uncertainty, stress and tension –especially as I awaited the 2015 Christmas results to be released. Retail results seemed strong generally and DSH competitors were thriving. Nevertheless, my instincts and emotions urged me to sell all of my DSH shares.

I persevered and maintained my self-discipline to hold – at least until news was released. An investment tenet is to act on logic and data, not emotion. No news was released in December by DSH management (despite the media later reporting that DSH increased their borrowings plus went outside existing debt facilities during this time) and the share price remained relatively steady. So I held on - to my peril as the shares were later suspended from trading and eventually deemed worthless.

Where I went wrong

It seems that shareholders are just assumed to take the risk - so too bad. I take calculated risks based on the publicly released information. I recognised risks but trusted management and the auditors that all was OK. Once bitten, twice shy. I have tried to better educate myself to live and learn.

However, this is where all Australians need to unite and learn from the GFC ethical collapses that perhaps were even larger than the financial collapse that they possibly caused.

In hindsight, I was out of my depth on the DSH financials and had no idea about the use (or alleged abuse) of rebates. Instead, I had trusted the DSH management, the law, and that the auditor – Deloitte (one of the top two largest accounting firms in the world). Surely someone would have alerted shareholders to any potentially unethical accounting practices. Where were the whistle-blowers?

I did not have the benefit of hindsight to raise my suspicions. If I had known that Deloitte Brazil would later be given the largest ever accounting fraud fine (US$8 million) then perhaps I would not have been as trusting of Deloitte’s seal of approval on the DSH financials.

Didn’t you see it coming?

Frankly, no. There has been much ‘I told you so’ about the collapse, but I suggest a review is done of investment analyst DSH recommendations during 2015. Many DSH good buy recommendations became goodbye after the collapse – disappearing from the public view. For example, below is a screenshot of Yahoo Finance for DSH taken 21 March 2016 (the page is no longer available).

Showing the imprecise nature of prediction and valuation, one analyst even rated the DSH IPO price of $2.20 per share as discounted.

“Given market scepticism around private equity exits, and in particular, the short-term nature of Dick Smith’s turnaround, the IPO pricing appears to have been set at a discount. We value DSH equity at $2.60 per share, above the fixed issue price of $2.20.”

I believe that I have a legal claim and will participate in the DSH class action.

I shall continue my lifelong erudition whilst lobbying for ethical behaviour in a transparent financial industry that is able to be explained to and understood by the ordinary Australians that it is supposed to serve.

Rodney van Royden has worked in various management roles in the resources industry across Australia and completed his Master of Business Administration in 2014.