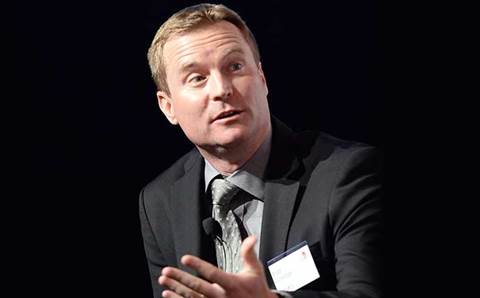 Data#3 takes vendor accreditation seriously. The company’s chief executive, Laurence Baynham, has admitted to CRN in the past that Data#3 spends “multi, multi-millions” to retain elite capabilities across partner programs.

In the 2016 CRN MVP awards – which recognise the Australian companies that boast the greatest number of top-level vendor partnerships – Data#3 was among the top three. It lays claim to 11 top-tier vendor partnership levels (and that’s only taking into account the 17 vendors we counted as part of the CRN MVP program).

But despite the high number of partnerships and that massive spend on accreditations and training, Data#3 executive general manager Brad Colledge says the Brisbane-headquartered company is quite selective about who it partners with.

“Compared with the number of vendors that are available in the market, we tend to pick a few in key categories, typically those that are leading the market globally, and invest in those rather than spreading the certifications too widely,” says Colledge.

Data#3 has a keen insight into how the biggest vendors are orienting their programs to capture the shift to cloud services. Colledge says software vendors are more advanced when it comes to annuity-based consumption than hardware vendors. Microsoft, in particular, has been vocal about leading the charge, especially through its cloud solution provider (CSP) program.

Colledge says while Microsoft is incentivising cloud, it is still important for the likes of Data#3 to be rewarded for on-premises sales. “While everything is transitioning to the cloud, they often forget that 70 percent of their revenue is still from their on‑premises solutions. The investment we have to make in that to maintain customer satisfaction for them is still huge. Sometimes they forget that and they wrap all their incentives around the cloud, which is a smaller revenue component of our overall revenue,” says Colledge.

“Microsoft are introducing additional programs, such as the cloud solution provider program, and those types of programs are intended to provide more flexibility. However, they’ve still got a little way to go to mature some of those programs.”

Colledge says hardware vendors are getting closer to solving the challenge of annuity revenue, as opposed to one-time purchase models.

“There are various ways of achieving that, whether the vendor actually provides a consumption-based model for their offering or whether it’s financed through Cisco Capital or HP Finance, for example, to achieve a similar result in terms of consumption-based operating models,” he says.

Data#3 reached revenue of $983.2 million in 2016 and while much of those sales came from products, CEO Baynham pointed to Data#3’s transition “from primarily a product-centric approach to an increasingly service-centric approach”.

When asked about the vendors pivotal to the company’s recent growth, Colledge says: “I think the three key vendors have absolutely been Microsoft, Cisco and HP. Those three have been underpinning the majority of our success, revenue, profitability and hence our investments in the general go-to-market for those vendors.”

“With Microsoft’s cloud strategy being very strong in the Azure and Office 365 space, we’ve invested heavily in our capability in those areas and our certifications associated with that,” says Colledge.