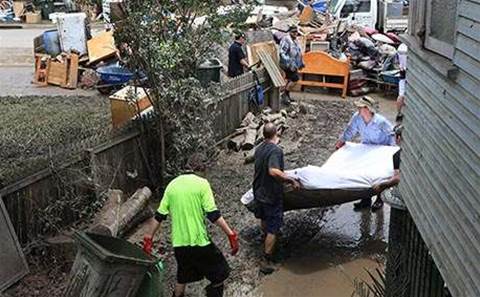 There are opportunities for IT solutions providers to overhaul customers’ creaking voice PBXs with new internet protocol systems that marry voice, video, presence, instant messaging and collaboration tools, such as screen-sharing, in order to deliver tangible benefits and return on investment.

The spread of unified communications into the highest level of government decision-making, such as during the Arab Spring crisis, is “one of the most interesting things” Cisco’s Peder Ulander has seen in this sector.

Ulander, vice president of collaboration marketing at Cisco, says the company’s partners will soon have a matrix of tools to allow them to seamlessly integrate disparate systems such as Salesforce with Google, Jive social business software, and cloud file-sharing services Box and Dropbox using Cisco architecture and APIs.

“Open APIs help partners to innovate,” Ulander says. “We even have one partner who lays LinkedIn data over videoconferencing in
real-time.”

Software vendors are adding video to credit card apps to enable face-to-face communication with concierge services to book concert tickets without resorting to traditional, clumsy automation typically used in contact centres. “Customer satisfaction rose to 90 percent because users felt they had a better relationship and got their answers faster using video,” Ulander says.

German vendor Unify – formerly a division of the giant Siemens – is also about to make a change in unified communications. It is undertaking the gargantuan task of bonding all a user’s communications channels – including their personal social media and cloud-sharing services – on the one pane of glass. The vendor’s Ansible solution was named for the science fiction MacGuffin that enables instant communication at great distances.

“In future, you can integrate with other business applications, which probably means they will provide software development kits, I can only speculate,” says Unify ANZ general manager Edgar Giesel.

Ansible will integrate legacy solutions. “They really want to integrate into the existing infrastructure of the customer. It’s never our strategy to rip and replace. Our strategy is open standards. If the customer has a Cisco or Avaya solution we can bring on top our UC solution,” adds Giesel.

“A lot of the workforce is scattered and people aren’t in their offices,” Bhattacharya says. “Business owners want their employees out on the road and [being productive].”

As a business that specialises in cleaning up the mess Mother Nature leaves behind, Stream Group puts a premium on resilience, speed and collaboration.

The company, which manages emergency repairs for insurers, grew rapidly on the back of acquisitions and recent floods, bush fires and earthquakes to have offices in Australia, New Zealand, and the UK as well as a software development hub in the Philippines.

With such a geographically dispersed workforce that often works out of hours in their native time zones, Stream needed a solution to coalesce assets around the world.

“We grew through acquisition so had a lot of phone systems and lack of consistency and inability to communicate around the group,” says Stream ICT manager Alan Hunter. “Our workloads are governed almost entirely by the weather – we’re based in Queensland so we live and breathe by the storms that come each year [when] our presence would double.”

Stream already had a “significant” investment in Microsoft, which emboldened it to add Lync to its unified communications plans. It started discussions last October with Brisbane-headquartered Microsoft and Cisco partner Comscentre, installing the primary Lync server in Stream’s Sydney data centre in February. Having an off-site presence is also part of Stream’s contingency planning. The initial scope for 250 seats included Brisbane, Melbourne and New Zealand. In the UK, 50 more seats were added and now 550 employees are online across Australia.

“A lot of damage will happen late afternoon or evening,” Hunter says. “We just had case managers stay back at work to deal with it, but with the introduction of the Lync system and the ability to route calls globally we’re hoping not to be so reactive.”

Stream’s field assessors work in the aftermath of disaster – sometimes with limited communications and in insecure work environments. Comscentre’s solution includes photo and video uploads from smartphones of claims items on the spot, which can also be stored for later updating when the assessor is back in communications range.

Previously, specialised loss adjusters would spend much of their time on the road, but with this solution journeymen staff can cover disaster sites and seek real-time guidance from specialists back at home base. This allows Stream to respond more quickly to events.

“We don’t need to hire as many specialist loss adjusters or ship them around the country,” Hunter says. But in the case of the Christchurch earthquakes “there was no mobile service for three days after the earthquake so we had to have our [specialist] assessors on the ground”.

Over time, Hunter hopes to collect and analyse data from events that pass through the unified communications platform to predict future events.

An acquisition has led the Australian arm of the British Standards Institution to revisit its archipelago of communications systems. BSI Group is the Australian arm of the venerable British organisation that has for 113 years led the world in writing and assessing standards for a range of activities. The organisation needed a platform to support its long-distance collaboration that went beyond its ageing phone system.

After a competitive tender that included bids from vendors such as Cisco, BSI alighted on a unified communications offering from Unify. The solutions provider that sold the system, Tamco, has since been acquired by Unify partner Evotec.

BSI has linked premises along the east coast and will upgrade the Perth operations once it moves offices. BSI’s IT systems administrator Nan An says instant messaging and presence are the highlights. He says these are necessary to compete with the likes of SAI Global (formerly Standards Australia) by being more responsive to customers and coordinating the activities of the 150 staff and scores of contractors who carry out standards work.

“BSI liked the ease of use of unified communications, especially presence, voicemail-to-email and SMS, which BSI is using [extensively],” An says. “Instant messaging makes it a lot easier to communicate and has faster turnaround.”

BSI installed a hardware gateway (like a PBX) at each of its Melbourne, Sydney and Brisbane offices and runs virtual servers for its IMX portal. It has 70 Unify OpenStage 40 desktop handsets scattered through the country and a soft phone licence for each user.

“The whole UC suite makes communication a lot more efficient and easier,” An says. “The phone is very easy to use and from an administrator perspective I can set up an extension without any trouble – I just plug into the network.”

This also makes onboarding staff from acquisitions and new hires a snap, he says. “So long as the networking side is perfect, it’s plug-and-play almost. People can start communicating straight away.” It’s also essential for lowering costs for a business based in the UK. International call costs for the group are now only $70 a month because traffic rides over its own network with SIP trunk.

Training consisted of a few short sessions to introduce staff to new workflows, especially soft phones that operate with headsets. An says that tapping the PC keyboard hot keys for phone operations takes some workers a bit of getting used to, but has productivity improvements.

BSI is looking ahead to greater videoconferencing and workgroup collaboration features coming in the next iteration of Unify’s OpenScape platform, as well as Project Ansible, the vendor’s uber-UC platform. Ansible will mix communications channels including phone, videoconferencing, instant messaging and screen-sharing with social media, email and speech-to-text in a single panel.

With a national footprint of fashion brands including Calvin Klein and Pierre Cardin, fast-growing Gazal Group required a unified communications solution that met the needs of its retail and wholesale teams.

The ‘off-price’ big fashion brands retail arm of the ASX-listed company, Trade Secret, has more than 30 shops across Australia, each with an Avaya Scopia videoconferencing end point. The Calvin Klein-branded shops and the Men’s Shop bring the retail count to about 50. As each shop comes up for a refresh in the next two years, it will be added to the Avaya network, says Gazal’s IT manager Alfred Grasso. Gazal has some 600 staff.

Grasso says the group considered solutions from videoconferencing vendors Polycom, Cisco’s Tandberg and Lifesize, and voice vendors including Shoretel and Telstra’s IP Telephony (TIPT). But the group’s familiarity with Avaya (it already had a digital PBX) gave the North American vendor an edge.

“Value for money and cost per head, Avaya came down as cheaper, more functional and easier to maintain,” Grasso says.

It was installed by two resellers: VMtech delivered Avaya video and CCNA deployed the rest of the Avaya solution.

Grasso says that even though the project is still underway, Gazal has already cut travel costs by a quarter. Buyers once routinely travelled to fashion epicentres in New York and Europe, but now they hold weekly video meetings with fashion houses through the high-definition 1080p and 60 frames a second Scopia platform. National area sales and operations managers use the platform for regular catch-ups with staff across Australia.

“The biggest thing we had to look at was carrier and WAN links, integrating those through the server environment, and making sure there was redundancy so there would be no loss of service at any retail stores or main offices. Gazal rolls out 20 stores every three to six months; the core environment of Botany was the first stage.”

Grasso couldn’t imagine running the business without the new unified communications platform: “It would be a step backwards for us”.

Grow your software revenue by selling these 5 affordable, essential tools for the modern workplace
By Nate Cochrane