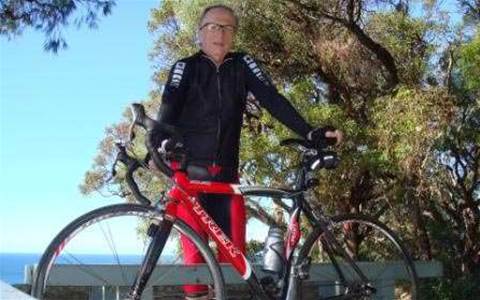 Not even the mining boom could coax him to return to his former ways.

"These booms mutually exclude each other," says Piotrowski.

"When things went down with IT, mining was booming, so the interest to go back into mining was there. But I must admit there have never been any regrets. I definitely see myself continuing where I am," says Piotrowski who is gearing up to celebrate his company's 20th anniversary this November.

According to Piotrowski, UnixPac is a different kind of distributor. He says the company tends to focus on new security technologies. So he keeps his eyes and ears open and follows developments both in the media and various conferences for new ideas.

"It's important to be aware and start talking to these emerging technologies early enough," he says.

A big part of his business involves helping vendors set foot in the region.

"For example, we brought in Alto Systems to Australia in the 1990s and in the mid-1990s they decided to open a local office. Consequently a big chunk of UnixPac's employees who were involved in the technology moved across too." Piotrowski, unfazed, says such changes are part of the business model.

"By mutual agreement these people moved with Alto Systems. We had approximately six people go with that deal," he says.

"For some people these changes could be upsetting but for us it's not. If you develop your business by keeping these possibilities in mind it just gives you a perspective around what to do next," he says.

The life-span of UnixPac's relationships varies. Piotrowski says sometimes uncontrollable events such as mergers and acquisitions change the relationship status.

But in other cases, for example with Finnish company SSH Communications, the group which invented SSH protocol, the relationship is strong after almost 10 years.

"It's a healthy relationship, it's growing and we're making room for the vendor to expand," he says.

While on assignment for BHP, Piotrowski discovered the skills to bridge his engineering knowledge with IT and his future employer Computer Vision, a Sun Microsystems related business, noticed it too and convinced him to switch companies.

After a four-year stint he moved on to Sun Microsystems where he spent over two years developing his Unix skills.