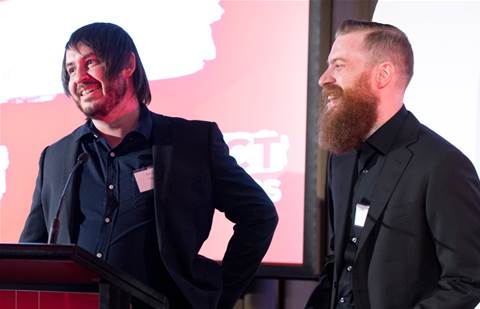 If you look beyond the hip veneer of Vibrato, you’ll see a multitude of impressive big data projects that the Melbourne AWS partner has pulled off since its formation in 2013.

Vibrato typically works in four key verticals: retail, entertainment, financial services and state government. But it was Vibrato’s project with CitiPower and Powercor that combined smart grid technology with cloud data analytics that turned heads last year. So much so that the company took out the highly contested digital transformation category at the inaugural CRN Impact Awards.

Like many fast-growing companies, Vibrato nominates staff as its key to success above anything else, according to co-founder and chief executive Peter Gatt.

“Our highlights are always our people. I believe we’ve got the best team in the world, and we’ll continue to grow that and bring people in to service the best clients and customers,” Gatt said.

Vibrato’s team continues to grow as the company expands from its traditional automation expertise and focuses more on software engineering solutions.

The company has made three key new hires in the past 12 months: a community manager, client engagement manager and client engagement executive. “Those new additions have led to massive scale for us. It’s meant that we’ve been able to get to so many more interesting projects and increased the number of clients we work with.”

“What we’ve realised is it’s less about the amount of people you have in your organisation and more about what you’re able to do with those people and how they can serve clients in a smart way.

Gatt also touted Vibrato’s new subscriptions for its professional services, which he said had been a real game changer. “We believe clients who work with us for a long time deserve an augmented team to work with their actual teams to constantly get the latest innovation from us,” he said.

The company has been busy over the past year expanding from its traditional cloud and DevOps background into new areas like its data business.

“What we’ve really been helping customers do is commercialise their data and understand the value in it, then building a platform that isn’t just exploratory mucking around; it’s data that’s commercialised in a platform that’s safe and secure, and that most parts of their organisation are able to tap into to get the value out of it,” Gatt said.

“That’s been a really strong growth area for us in terms of revenue, but also the breadth of expertise in our team.”

Gatt also hinted at plans for an international expansion, having already completed work in Southeast Asia and the UK. He added that Vibrato would be working within the financial services industry even more in the future.

“Everyone always talks about just moving to cloud. We’re more about specialising that service to cater to the particulars of a client's industry​.”

Grow your software revenue by selling these 5 affordable, essential tools for the modern workplace
By Brendon Foye