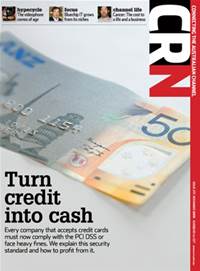 This article appeared in the November, 2009 issue of CRN magazine. 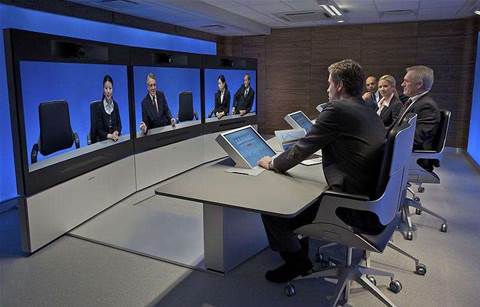 Sydney systems integrator eVideo had just six weeks to deliver a videoconferencing system to a power plant in far north Queensland to link it to its satellite sites around the Sunshine State and Brisbane head office.

Stanwell Corp, a state government electricity generator, has a dispersed business with hydroelectric power stations at Barron Gorge, about  20 kilometres north-west of Cairns, and Kareeya on the Tully River, five hours drive north of Townsville.

Dodd attributes some of the 15 percent drop in travel expenses to the new network that provides high-definition video and audio, and he aims to cut that spending by almost as much again in the next six months. And the 10 LifeSize Team 200 setups scattered through Stanwell's network make staff more productive, improve their work-life balance and reduce the company's carbon footprint, Dodd says.

Such recurring themes have led to a $US2 billion ($2.18 billion) videoconferencing industry where the Asia Pacific is one of the hottest markets, accounting for a quarter of worldwide revenue and 41 per cent of unit sales, says US analyst Wainhouse Research.

The LifeSize system and its support exceeded Dodd's expectations, he says, especially the "muticonferencing" that links five sites on a call, which was a "vast improvement". Dodd says the high-definition video aids more natural communications.

"For face to face communications, you could see how receptive and reactive they [videoconference participants] were to someone speaking," Dodd says.

He stops short of calling the system "telepresence" with its immersive overtones but says its flexibility and quality allows the generator to do business with partners and suppliers.

Staff have taken to the system with such gusto that a planned network upgrade can't come fast enough, he says.

"The previous system had a reputation for being somewhat difficult to operate. The new tech is very much press and play and was a step in improving acceptance of it. The vast improvement in the quality of video has [aided] acceptance."

The business is considering deploying desktop video systems such as the $3000 LifeSize Passport for its senior executives so enthused was it with the results, Dodd says.

eVideo swooped in at the "death" to snatch the $400,000 Stanwell deal from Tandberg, says the reseller's director, Tom Morgan.

"It came via Amber Tech who are one of two distributors," Morgan says. "They were about to go with Tandberg and we came in at the death.

"We're probably the most experienced in the videoconferencing industry for LifeSize because we have certified video engineers where a vast majority of [resellers] are more in the [audio-visual] or IP space.

"And this is why we won the job as well because we have experience in the industry."

Morgan says LifeSize could look to rival Cisco and Polycom, eVideo's other major brand, for clues how to run its channel.  "We've been 12 years with Polycom and they are very, very tight about who they put on as a dealer. You can't go to Polycom and say I want to resell your products and if you're into video bridges you have to purchase the equipment and have certified engineers."

So impressive was eVideo's pitch that Stanwell sent a purchase order a couple days later. Morgan says his business is one of the few with networking and audiovisual knowledge. He aims to help dealers from either end of the spectrum with a managed services offering, providing the smarts to support their customers.

"The users are actually using the equipment more now because they didn't like the standard definition [videoconferencing] but they are having network issues," Morgan says. "They are looking at upgrading bandwidth because HD is bandwidth hungry but the good thing is users are embracing it rather than hopping on a plane."

"It will open video communications within the whole organisation rather than being restricted to a meeting room or dedicated telepresence environment," Micallef says.

In hospitals the $3000 device "could almost velcro to the back of a mobile display", Micallef says.

But it wasn't realised until 1927 when US Secretary of Commerce Herbert Hoover sent his image from Washington DC to New York. The German post office commercially deployed the technology for its customers prior to World War II. Bell Labs and AT&T tried to revive videoconferencing and desktop video phones from the ‘50s to the ‘90s with little to show for billions of dollars of development.

It was only when standards started to filter into mainstream use and cheap, off-the-shelf webcams and soundcards with free software such as Skype became available that it seeped into broader use.

The problem with the technology was always that its cost far outweighed the utility to the user. Systems were clunky and obtrusive, difficult to use and access (early attempts used special booths that were few and far between) and, paradoxically, the convergence of audio-visual, collaboration and communications technologies daunted many users.

This article appeared in the November, 2009 issue of CRN magazine. Subscribe now