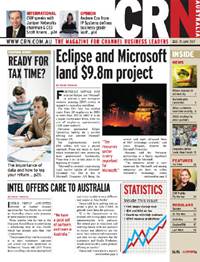 This article appeared in the 25 June, 2007 issue of CRN magazine. 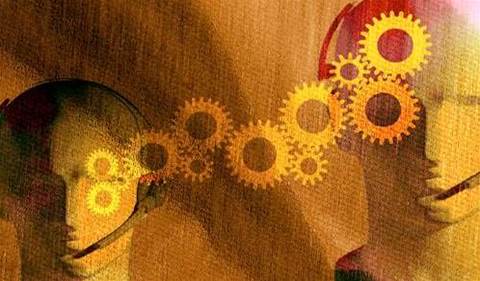 TECHNOLOGIES IN FOR THE LONG haul tend to grow and develop at a slow and steady rate, while fads rapidly rise before plummeting into obscurity. If you believe the previous statement, then the future of VoIP should have place in the future technological landscape. However if VoIP fails to deliver like a time-poor Santa, more than a few companies will see hefty investments fall flat on their face.

When canvassing opinions on the current and future VoIP market, no such concerns are evident from vendors or the channel.

Providers’ view
“The general uptake of VoIP has been relatively slow to date, but now it is taking off,” said Graeme Reardon, regional director for A/NZ at Linksys. “Our partners are getting up to 20,000-30,000 subscribers, so VoIP is obviously picking up.”

Reardon said VoIP has been used in the corporate space for years, and in the SMB space Linksys has had a couple of solutions out for some time.

“We did some market research about six months ago, which found two main trends: resellers do not trust their provider for DSL or cable as they are concerned about this going down. The second concern was around keeping their existing numbers, but both of these concerns have been solved now,” he said.

Reardon said since Linksys rolled out its partners program, it has 1100 partners, with 200 providing Linksys voice. He added the vendor also has a managed services platform, LinksysOne, which can run voice.

“We are seeing traditional data and traditional voice resellers who are now providing the full gambit of voice and data. We are seeing a huge upsell and cross-sell opportunities for these resellers, as they are opening up the doors for both sides,” said Reardon.

Gary McLaren, director of marketing and products at IProvide, said: “The VoIP landscape is quite interesting at the moment with different types of VoIP. Resellers need to be educated when talking to end-users.”

McLaren said the vendor is seeing through its 100 signed-up resellers that the channel has to understand their customers.

“Resellers have to take different approaches to end-users about whether it is saving a dollar or networking an office as there is a variety of different VoIP packages. It comes down to what the customer wants and ensuring resellers have a flexible offering,” he said.

McLaren said the SME market is embracing VoIP, compared to 12 months ago where users were just playing with VoIP such as Skype.

“End-user attitudes towards VoIP is moving out of the early adopter stage and they are keen to see the benefits. We are also seeing a bigger demand from our resellers as their customers are asking about VoIP.”

McLaren added end-users can migrate to VoIP gradually by getting a connection and spreading this as the firm adds new sites.

Graeme Josephs, managing director of Get Communications, said: “As long as you
know what to expect with VoIP, it saves users a lot of money, offers flexibility and can be integrated with components such as unified messaging.”

Josephs said VoIP is a hot area for resellers with all of the larger integrators providing it and firms which are not providing it are unsure how to sell VoIP.
Raaj Menon, chief executive officer of PC Range, said: “VoIP is just starting to take off and our current VoIP products are outselling our non-VoIP products. That is clear evidence that VoIP is becoming an all-in-one device.”

Menon said PC Range’s route to market is through the distribution channel, and
the impression the firm has got from the market is that end-users are very
VoIP savvy.

“End-users have been hearing all about VoIP and resellers are definitely asking for more and more VoIP products while we are getting a lot more calls and enquiries around VoIP,” he said.

“Pricing with VoIP is already low and call costs have pretty much bottomed out, with some of the smaller providers struggling. I think the hardware prices will come down further.”

Mike Blanchard, director for Australia and New Zealand at VoIP provider TeleWare, said: “With VoIP we are getting over the innovation stage and into the adoption market. It is still deemed too expensive for the smaller firms, but you will see products come out targeted for SMEs.”

Blanchard said traditionally TeleWare has alway serviced enterprises and due to IP and SIP, the firm has been able to downsize to small organisations.

“The problem for resellers is that VoIP is quite a big change from traditional telephony and they have to train their guys in data. To make that jump has been problematic for a lot of organisations.”

“From an Express Data point of view, more and more resellers are from a data background and getting into voice. However there is a real shortage of technical people in New Zealand,” said Blanchard.

“Some of the large organisations are nervous about VoIP, but some of the others have just done it. I don’t think SMEs are so bothered, it is just about price point for them. Some of the suppliers are bringing the price point down with 14 extensions releases.”

“UC cover three forms of communication: IP telephony, video conferencing and collaboration. VoIP is just one part, but we bring all three together. We can integrate VoIP into firms’ business process and get all the voice messages pushed through to a unified client. You have one common inbox.”

Sutherland said most firms have enhanced voice and unified messaging, but UC will take off in the next 12 to 18 months as we are at the early adopter curve at the moment.

“We are hosting a luncheon with our three main vendors: IBM, Cisco and Microsoft, to talk about defining what is UC and what is the opportunity, plus profiling resellers that should be looking at UC,” added Sutherland.

“The opportunity is there for resellers, but you need to have the voice skills as there is a certain level of complexity in putting in UC.”

Steve Evans, group general manager enterprise at reseller Commander, said: “Our view on VoIP is we provide a VoIP-enabled backbone and sell VoIP solutions such as end-points and switching.

“The VoIP market is growing exponentially. Four or five years ago the value proportion for VoIP simply didn’t add up. Contrast that with today, where there is a fairly open standard and the value proposition does stack up.”

“Each of them has a different value proposition. We have done a lot of high-end Cisco implementations. Microsoft will become a powerhouse in VoIP and its Nortel alliance will help.”

Evans said Commander does not deal with VoIP as a technology as it sells to end-users on the business needs and if they want to integrate their communications.

“As the cost of VoIP comes down, it will be no different to traditional TDM. High-end enterprises really are adopting IP solutions, as they have a large investment in IP. In the mid-market, the cost of running a converged environment is driving them to VoIP and as the price point comes down we are seeing some SME involvement.”

Evans added VoIP is not just about the technology, it is about the solution and resellers need to ask what is the business problem they are trying to solve for
an end-user?

Future of VoIP
Reardon at Linksys said: “VoIP is only going to get better and DSL and broadband is getting better and better, too. The infrastructure is becoming more prevalent so we can offer more services across those networks with more reliability.”

McLaren at IProvide said if you go far enough forward VoIP will replace traditional telephony. “It is about educating customers about why VoIP is good for them,” he said.

Josephs at Get Communications said: “TDM calls will drop in future and telcos profits will drop, and they will need to be replaced with value-added services. End-users still need some education. Most people we talk to hear about VoIP and think it sounds like another computer buzzword.”

Menon at PC Range said: “I think VoIP is going to be huge and we are already seeing more home lines switching to VoIP. VoIP will become even more significant over the next few years.

“I think the VoIP provider landscape will consolidate as it is getting crowded. The lower-end has adopted VoIP due to the pricing. A lot of offices are taking up VoIP and we are getting a lot of enquiries around that,” added VoIP.

Blanchard at TeleWare said: “We have said that Nortel will be there as a dominant supplier of telco equipment and we believe Cisco will maintain its position as number one in enterprise data and voice will be bolted onto that. We are a Microsoft Gold partner and its big play into UC will be a major shift in the market.”

The potential of VoIP cannot be underestimated. If it manages to live up to its much-inflated hype then resellers would be well advised to ensure they have the knowledge and capabilities to succeed in a technology which could sculpt the future of communications.

“VoIP will become even more significant over the next few years.”

“Uptake of VoIP has been relatively slow to date, but now it is taking off.”

Ovum:
According to the analyst and consulting company, the inevitable decline in fixed line access continues in Asia-Pacific, but at a slower rate
than previously.

This article appeared in the 25 June, 2007 issue of CRN magazine. Subscribe now