Watch out Australia, 800-pound gorilla Oracle is coming for the SME market 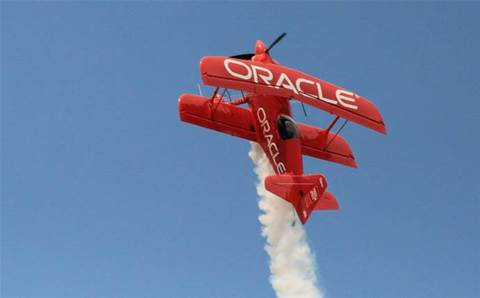 COMMENT  |  Imagine chatting with your local real estate agent and asking which CRM she uses to track her clients. One day, perhaps, she may answer, “Actually, we use Oracle.”

Yes, that’s right. One of the brands most synonymous with governments, global enterprise and international finance is opening its doors to SMEs. A brand new division, Oracle Digital Prime, has just launched this week – a strange choice of name given that “Prime” is so closely associated with Larry’s latest bete noire, Amazon.

How small? Oracle claims it will go as low as $10 million in revenue, with a grey tipping point of $250 million before the enterprise sellers step in.

The business unit has been “in an evolutionary state for the last 12 months”, says Malcolm Ferguson, head of applications for digital, Oracle ANZ, who heads up sales for the division.

Sydney is one of five hubs in Asia Pac; the others are in Bangalore, Singapore, Hong Kong and Seoul.

Goliaths like Oracle can’t just sell to and service SMEs overnight. Most SMEs would keel over if they knew the annual salary of an Oracle DBA.

How does Oracle and its channel start servicing $10 million customers profitably? “It’s a big change for us and our partners,” Rob Willis, managing director, Oracle ANZ, says. Oracle’s SME channel will comprise partners either reselling licences or selling implementation services.

Willis expects most to deliver “a relatively vanilla” solution, which may involve some configuring and change management.

Some partners sell a bundle of consulting services built to a price for a specific outcome, Ferguson says. Partners will also drop costs by using offshore teams to deliver projects. If you want an Australian certified Oracle engineer then the price will rise accordingly.

Back to the licensing – won’t it require a cultural shift away from the take-no-prisoners world of enterprise sales? Oracle’s reputation of chasing licence fees is not going to go down well with a $15 million-a-year medical centre.

That culture is already changing, Willis claims. He points to the recent introduction of a universal credit, which can be applied to any on-premise or (non-SaaS) cloud products. “You order one SKU and one part number covers all our available infrastructure and platform services,” Willis says.

“You can start using one service, stop using it and use another. It’s charged by the hour so there’s no contracts or lock-in required, and it’s very easy to shift from one service to another. That’s the most flexible arrangement on the market today.”

“We’re employing people with a view to having them take a more consultative approach to selling. So understanding business requirements, and in some cases deciding we’re not the right fit. We will qualify out rather than proceed with a project that is misaligned,” Ferguson says.

A more consultative approach is definitely what’s needed with SME, but it begs the question – what was Oracle doing beforehand?

“Previously we were focused a little more on the product sales approach that you talked about,” Ferguson says.

But one of the most likely products for Digital Prime is ERP. Oracle can sell its Cloud ERP at a fraction of the cost of on-premise these days.

“Now we would be looking at annual licence costs of $30,000 and implementation costs of at least half.”

So where does NetSuite stop and Oracle Cloud ERP begin? The lines are blurry, and sales teams on the ground accept they are in competition with each other. But Willis hopes that the strengths of each ERP in certain industries will keep them out of the same patch.

It’s only day one but it’s clear that the first vendors in Oracle’s sites are the GreenTrees, Attachés, Sages and other on-premise ERPs.

They now have to make room at the SME table for an 800-pound gorilla. And he’s hungry.

Grabbing the hybrid cloud opportunity with Lenovo and Azure Services
By Sholto Macpherson
Nov 8 2017
6:35AM