What makes or breaks an IT acquisition? 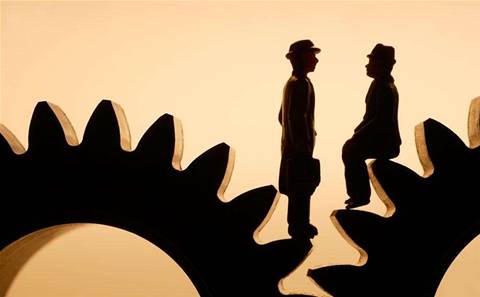 Earnings potential, recurring revenue and intellectual property can all grab the attention of a would-be buyer, but culture is the No.1 characteristic of a successful acquisition.

That's the message I got last week when I spoke to two heavyweights of the tech M&A scene, who will join me for an exclusive session at Microsoft's partner conference next month.

I've been fortunate enough to enlist Cyrus Adaggra, general manager of corporate development at Telstra and previously a senior member of its mergers and acquisitions team, and high-profile channel figure David Shein, whose claims to fame include selling distributor, ComTech, to Dimension Data and who this year led the rollup and ASX float of local IT companies Breeze and Technology Effect.

Consolidation continues to be an overriding theme of the Australian IT channel; just last week we published a list of more than 20 buyouts so far this year.

Telstra has bought three successful integrators – NSC Group, Bridge Point and O2 Networks – and those are just a few of the technology outfits the telco has picked up. Telstra keeps buying tech firms for its health business, and is constantly purchasing digital companies, such as streaming video outfit Ooyala.

I know plenty of company owners in the channel who would jump at the chance for a deal, whether selling to Telstra, or to be part of the kind of combination that has seen channel folk like Nicki Page and Mick Badran from Breeze join forces with Joe D'Addio and Scott McPherson from Tech Effect, under the guidance of David Shein.

So what is the thinking behind the deals? What makes buyers, well, buy?

That's what I am seeking to unearth during my session at APC.

I spent time talking to David and Cyrus this week. We ended up speaking for longer than I had planned, because, well, who wouldn't want to pick their brains? If only I had a company I was looking to sell – I just got some money-can't-buy mentoring!

They both let me in on the themes of a successful deal. Again and again, they said it is vital that company culture is a good match. Of course, deals also have to make business sense. But David and Cyrus shared plenty more secrets of what makes a smooth, successful sale.

A handful of top-flight IT leaders will get the opportunity to sit down with Cyrus, David and me during the Microsoft Australia Partner Conference, which runs from 31 August to 3 September on the Gold Coast.

I will also be hosting two more sessions, one looking at acquisitions from the perspective of the seller, and the other examining partner-to-partner relationships.

I urge you to register your interest now for your chance to join these high-level discussions.