What Ninefold shutdown means for Australians competing in public cloud 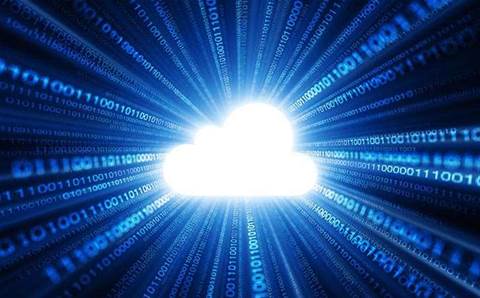 Australia-based IaaS and PaaS provider Ninefold has announced it is closing its doors and migrating clients to the cloud services of parent company Macquarie Telecom.

Having closely watched Ninefold from its beta days through to its shutdown, it does highlight a couple of key points about the current state of play in the public cloud in Australia and around the world.

Since the news broke about Ninefold, together with a couple more recent high-profile cloud sunsetting events, it has been suggested that the public cloud game is a lost cause when competing against the big public cloud players. Rather than simply suggest the IaaS/cloud game is too hard given the dominance of AWS, Azure and Google, I thought I’d write down some thoughts on why choosing the right underlying platform is key to the success of any cloud, especially when looking to compete with the big players.

Outages are a cloud provider's worst nightmare and can lead to loss of confidence in a platform by existing clients. This perpetuates itself in bad press.

In the case of Ninefold, the company had some significant outages in the early days, which were attributed to the choice of cloud management platform and hypervisor. The platforms in question (CloudStack) was open source and at the time I was investigating a number of cloud management platforms. When evaluating the same platform that Ninefold had chosen, I experienced some horror bugs, which ruled out any plans to go with that platform.

I remember thinking how much prettier the interface was compared with VMware's just released vCloud Director, but the list of show-stopping bugs was enough to put me off proceeding at the time.

CloudStack was eventually bought by Citrix and then given to the Apache Foundation where is currently resides. But for me, the initial damage had been done to Ninefold's reputation as a IaaS provider. Throughout its history, the company attempted to transform firstly into a Ruby On Rails platform and more recently looked to jump on the containers bandwagon as well as trying to specialise in storage-as-a-service.

This highlights a fairly well-known belief in the industry that going open source may be cheap in the short term but will come back and bite you down the track. The fact that the company statement on Ninefold's closure was mainly focused around the apparent cost of upgrading their platform (assuming a move to Openstack or some other X-stack-based cloud manage platform) highlights the fact that going with more supported stacks such as VMware ESXi with vCloud Director or even Microsoft Hyper-V with Azure is a safer bet long term. There are more direct upgrade paths version to version, and there is also official support when upgrading.

Competing against AWS head on

As CRN's sister title, iTnews, reported back in February 2011, "Macquarie Telecom subsidiary Ninefold launches next week, promising a Sydney-based public cloud computing service with an interface as seamless as those of Amazon’s EC2 or Microsoft’s Azure."

Ninefold from the early days touted itself as the public cloud alternative. Its initial play was to attract Linux-based workloads to the platform and offer very, very cheap pricing when compared with the other IaaS providers at the time. They were also based in Australia before the likes of AWS and Azure set up shop locally.

I’ve talked previously about what cloud service providers should be offering when it comes to competing against the big public cloud players. Offering a similar but smaller slice of the services will not work long term. Cloud providers need to add value to attract a different kind of client base to that of AWS and Azure.

The pie is large (some agencies put the total available market for cloud in Australia alone at upwards of $2.5 billion by 2018). I don’t believe we will be in a total duopoly situation for cloud services in the short to medium term, but cloud providers need to stop focusing on price, and focus more on quality of their products and services.

Ninefold obviously believed they couldn’t compete on the value of their existing product set and felt that upgrading to one that did allow some differentiation in the marketplace compared with the big public cloud players was not a viable option, hence why it is helping existing clients migrate to Macquarie Telecom's platform, which does run a best-of-breed stack and doesn’t try to complete head to head with AWS, at least from the outside.

Anthony Spiteri is the lead architect at Perth-based cloud provider Zettagrid. He is a VMware vExpert and vChampion. Check out his blog at Virtualisation is Life.

Cloud application revenue made easy
By Anthony Spiteri
Nov 5 2015
7:33AM