What the Open Data revolution means for you 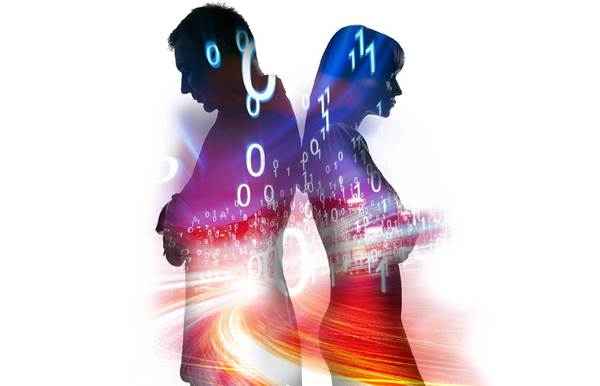 A quirky debate on banking data is happening on the sidelines – but with consequences that will radically change how you interact with your major suppliers and potentially your customers.

It all started with the banks. Last year, the treasurer, Scott Morrison, commissioned the Open Banking Review, chaired by Scott Farrell, to find out the most appropriate model for “open banking” in Australia. Open banking essentially means giving customers greater access to and control over their banking data. This has the potential to transform the way in which customers use and benefit from the banking system.

Why banking? Well, there is a Royal Commission that may as well be called, “Why Banks Behave Badly”. And it’s not just a phenomenon in Australia.

Governments globally are trying to level the playing field between banks and consumers. The former have too much power over what people buy and what they know about the products they are buying.

Open banking seeks to change this. Consumers will be able to switch banks from one day to the next, says Steve Millward, chief analytics officer at Data Republic.

“There’s a lot of friction moving from one bank to another. In the future it will be a lot simpler,” Millward says. “All payments, credit cards, direct debits and mortgages will move over instantly. It will be as easy as switching from Just Jeans to General Pants.”

Certified organisations will also have access to banking data, but only if a consumer explicitly allows it. Usually this will be for some benefit to the consumer.

In theory, a bank could exchange transactional data with other banks and create its own accounting software for small businesses.

It also makes it much easier for non-bank brands to add banking products. UK supermarket chain Tesco went from struggling to number one in its category in five years, winning immense loyalty from customers.

It expanded into selling credit cards, insurance and loans, using grocery data to know when someone was about to move house, for example.

In Australia, Coles has done something similar on a smaller scale.

There is a clear trend of creating money from customer relationships – the more trust a company enjoys, the more products it can sell. Understanding your customer is the key to a good relationship, and the best way to gain that understanding is through analysing data, Millward says.

“Data is going to become a battleground for business,” he says.

Resellers need to take note – customer experience is the best way to keep customers and turn them into strong referrers. There is no better salesperson than a happy (and vocal) customer.

The bigger point is that this federal review is only the first of several. The government intends to liberate data from other commoditised industries.

“After us comes electricity, telco and other utilities,” says Jeff Mentiplay, head of data innovation and partnerships at ANZ, referring to the open banking review.

So what happens when consumers and businesses know far more about their own data and the products sold to them? They will be able to make better buying decisions – either for a cheaper service or a more valuable one.

The Cambridge Analytica-Facebook debacle exposed the consequences of Facebook’s business model. The way it was treating users’ data was morally unacceptable to its users.

Your business customers are about to become much savvier about the use of their own data. They will also expect far greater transparency with suppliers. After all, if this legislation is powerful enough to force banks to give apples-to-apples comparisons for their products, surely it will set expectations for other suppliers.

It is worth thinking now about how you use data in your business – and what you can share with customers. A SWOT review will tell you where the risks are from data leaks and breaches of trust, but also reveal the opportunities.

Cleverly used data can deliver a way to “surprise and delight” your customers, as the saying goes. Work out a strategy to deepen that trust and the sales will follow of their own accord.

Sholto Macpherson is a journalist and commentator who covers emerging technology in cloud
Got a news tip for our journalists? Share it with us anonymously here.