What to do now the data centre is doomed 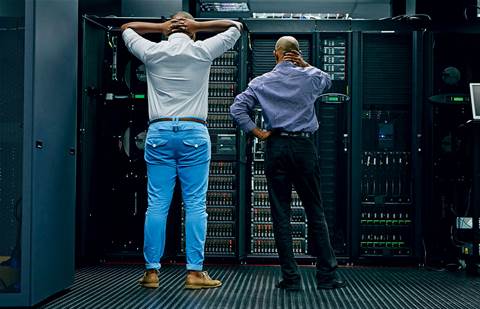 There was a time when winning data centre refresh contracts was the biggest game in town for infrastructure partners, as the boxes they installed three to five years back became ripe to be ripped and replaced.

But data centres are expensive to maintain, and for most organisations, they offer little inherent value beyond providing a place where they can do their computing.

Today’s corporate IT buyer is presented with an endless array of cloud and hosting solutions to downscale or exit their on-premise environments. The question is often now not what to upgrade in the data centre, but whether to keep it at all.

According to the July 2019 Gartner report Death of the Data Center: So Where Do My Workloads Go Instead?, 80 percent of enterprises will have shut down their traditional data centre by 2025, well up from the 10 percent that have done so today.

For channel partners, this is forcing a very rapid rethink in terms of where they draw their revenue from.

“(Clients) don’t want to be running data centres,” says Toby Alcock, chief technology officer at Thomas Duryea Logicalis. “And it is the board level and C-level that is saying this and forcing that mandate down to IT.

“So what we are seeing is the IT spend is getting challenged every year. But the overall business technology spend is increasingly significantly, and that is attributable to public cloud.”

But while the corporate data centre might be in decline, it is not dead - yet. Alcock says the long tail of legacy applications is keeping many workloads on-premise, while for some applications, such as CCTV, the data volumes mean it makes more sense to keep them local.

But what remains is likely to look very different to the acres of raised tiles that many infrastructure specialists would be used to, with Gartner predicting the number of microdata centres will quadruple by 2025. The shift to downscaling is being driven by hyperconverged players such as Nutanix, thanks to the amount of compute they can pack into a rack.

“Nearly every customer we are talking to is trying to reduce their on-premise data centre footprints in one shape or form,” Alcock says. “The bang for buck is getting better and better, and the vendors have responded to that. And most of them have an op-ex model for consumption now.”

As for where the bulk of workloads end up, in North America Gartner believes 80 per cent of large enterprises will have moved to colocation providers by 2023.

That is good news for data centre providers such as Digital Realty. Senior engineer Joseph Badaoui says the introduction of technologies such as machine learning and IoT means data is being created at an exponential rate, and subsequently, customer needs have become more complex.

“Migrations and infrastructure upgrades are all about laying the foundation for continued digital transformation and innovation,” Badaoui says. “As a result, customers are looking to ‘future proof’ their data centre investment, opting for infrastructure that is not only proven and resilient, but scalable enough to meet changing business objectives.

“In addition, customers are demanding renewable energy and innovative best practices that will lower their carbon footprints and drive resiliency.”

They are also looking to take risk out of their IT operations. At the Melbourne-based multi-service IT provider Interactive, national data centre manager Ben Richards says one of his company’s key selling propositions aligns with clients’ growing realisation of the criticality of their IT infrastructure.

“They are often looking to move out of a legacy on-premises data centre into a high-quality facility such as Interactive offers,” says Richards. “The facilities they’ve got are no longer up to scratch, or they often don’t fit in with strategy in terms of digital transformation in terms of property.

“And operational risk is really a big one – what risk are they running by keeping an on-premise data centre going?”

This has been good news for Interactive, which operates an integrated disaster recovery service.

With so much movement of workloads out of traditional on-premise environments, the key questions now for channel partners are how to capitalise on that migration work, and more importantly, how to build ongoing revenue streams once those workloads have moved.

The Adelaide-based solutions integrator Nuago believes it may have the answers, as the company has grown to 50 staff in just under four years.

“We really try to bridge the gap between executive teams and their technology groups and help them actualise on their strategic direction through the appropriate technology projects and programs,” says Nuago’s cofounder and director of sales Connor O’Rourke.

“We do a decent amount of widget sales and moving endpoints, but usually for us that is a pull-through mechanism of doing the harder things.”

“We do a lot of business case development, sitting in their business from between four weeks to 12 weeks to get a really good understanding of where they are in their purchasing cycle for enterprise-grade infrastructure,” Stevens says. “And if they are at the end of one of those three- or five-year cycles, then there is a massive economic lever to pull to say it is not worth reinvesting in the physical kit.

“And if you give them a three- or five- or ten-year model, depending on what their finance departments need to see, the return on investment can be massive.”
Stevens says Mantalus has built solid revenue streams around helping clients refactor their workloads for the public cloud.

“But it is not just ‘migration done and walk away’ – that hasn’t happened to us in a single one of our customers,” Stevens says. “First, they ask us to maintain it. And second, they have projects they want to kick off that they need help with. So we become a part of their ecosystem.”
Alcock says TDL has also been tracking these shifts and responding.

“Our managed services business is growing year on year, and we see a big pull through for new project deployments, because we have a much tighter relationship with the customer,” Alcock says.

“By being there in the monthly cycle of the relationship we are getting a much better pulse on what the customer actually wants, and they give us input that helps us to continue to evolve the service and add value.”

“You are now talking about ongoing relationships and business value .It is a different skill set .“