What to do when you’re better than your vendor? 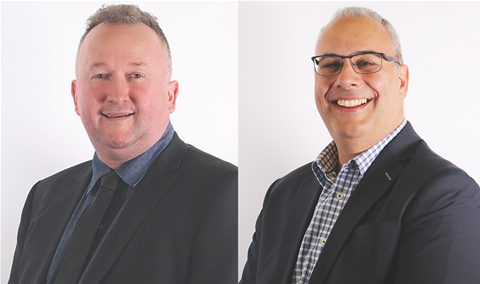 While most partners are left to the mercy of their vendor when it comes to technology updates, a select few like Brisbane’s Teba Group are helping shape the direction of global software giants like Citrix.

Teba Group is a Citrix specialist and one of only six platinum partners for the vendor in Australia. It is the only dedicated Citrix shop in the country.

The company didn't start out that way, in many ways Teba had been typical of the traditional channel community until Craig Stones joined the company. A long time Citrix devotee, Stones sits on a number of advisory panels within Citrix and even has his own blog called mrcitrix.com.au.

Stones had developed a reputation as one of the leading Citrix specialists in the world and while working at other companies and wanted to build his own specialist practice.

Following a meeting with Teba CEO Steven Psaradellis, Stones joined the company and Teba began wrapping up its dealing with other vendors to become a Citrix exclusive shop.

“So basically, for the last eight, nine years, we've literally said, No more new clients that aren't Citrix. And as of the middle of last year, we actually got rid of - in a nice way - we moved on and passed that client to another providers which were not using Citrix,” Psaradellis told CRN.

Psaradellis said that for him and the existing Teba team, the specialisation came out of a desire to differentiate the company from competitors. This goal appears to have been achieved with Teba being asked to consult with some of the largest organisations in the country.

“So by being clear, and being a specialist in an area, we started to actually get work just by people understanding what we do, as opposed to being another provider that does everything.”

At the same time, Citrix revamped its channel program to cater to fewer, more proficient partners.

This led to a number of existing partners losing Citrix endorsements while still having support contract obligations. Many of these engaged Teba to fulfill their obligations.

“Because not only were we doing it for our clients, we were doing it for other people's clients. So we're at the point now that over 40 percent of our business is through partners.”

Psaradellis explained that because the company was so deep in the Citrix Product stack they are considered experts by Citrix and customers but this does not mean that they take technological risks on ‘bleeding edge’ solutions.

“We will only implement leading edge [technologies] or something that's been around for at least six months.

“On the other hand, we ourselves look at the products when they're in beta and bleeding edge. So we have to look at it first. And invariably, and this has happened to us so many times I've lost count, we will find an issue first in the world.”

“We will literally ring them up and go guys, this doesn't work and they go, oh, really? Ah, let's have a look, and they come back and go [wow]. thanks for telling us.”

“As far as I can tell, they're not proactive in going out there and seeking feedback continuously. They do seek feedback, but they are not doing it continuously.”

“But we seem to be finding issues proactively, because that's all we do all day.

Psaradellis said Teba’s personnel do find it a little bit strange because there are much bigger Citrix partners in the US.

“Somehow we, a little company in Australia, tend to find a lot of these issues first.”

For Psaradellis, there is no other option.

“We get on the front foot because we live and breathe Citrix, we have to get an answer. We can't just say, ‘oh that's fine, we'll put another product in’, It's not an option for us.”

For Stones, a Citrix specialisation does not preclude Teba from conducting what it considers to be best practice with customers.

“I don't actually talk about Citrix products,” he explained. “I look at the business requirements, the business issues and then wrap technology around it. Yes, that tip technology is 99 percent of the time Citrix, but I have customers I have spoken to and they're not right For the Citrix option so we put them down.

“We recommend something else and if it's not us doing it, we'll recommend the partner to do that when we're talking to them.”

CRN contacted Citrix multiple times for comment but the company had not responded by the time of publication.