Why APIs are the essential ingredient in a successful cloud mix 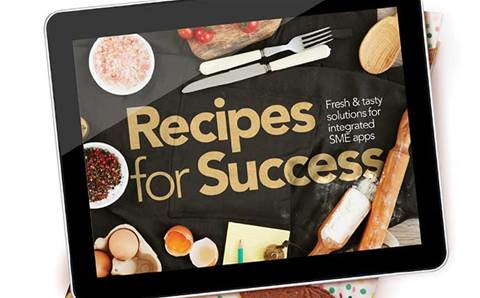 COMMENT  |  Is the integration boom a sign that we are reaching SaaS stage two? Whatever you want to call it, integration platforms are opening up curious and potentially lucrative new roles for resellers.

A small number of apps have built seriously large ecosystems – take Google G Suite (formerly Apps), or an accounting app such as QuickBooks or Xero for example.

The intention of building an ecosystem is to extend the functionality of the core product: for example, adding a more complex inventory or a tablet-based point-of-sale to your accounting app. This results in the hub and spoke model – the primary app in the middle with hundreds of apps connecting radially.

Developers have rushed in and built all sorts of niche apps for SMEs that just wouldn’t have been viable pre-cloud. The internet has given them a global market of bicycle shop owners, for example.

Any app can say it has an API, but anyone who has used cloud software for a couple of years knows that not all APIs are born equal. How often do the apps send data between them? Is it bidirectional? Does the niche app need to poll, or will the hub app signal when new data has arrived?

The niche apps on the periphery build their API to connect exclusively to hub apps. There’s definitely no budget for connecting to anyone that doesn’t have a sizeable audience to pluck off a few customers.

How do the apps on the circumference of the wheel talk to each other when there’s no rim? There is an infinite number of small jobs out there that people end up doing manually because the apps they use don’t connect.

In Australia, we have one of the first integration platforms that picked up on this opportunity a long time ago. OneSaas was built by the brilliant Corneliu Tusnea, a Romanian-born developer who previously built high-speed stock exchanges in Europe. OneSaas has a fairly straightforward syncing platform that keeps app data up to date.

A recent challenger in Australia (but with global ambitions) is Maestrano: a data-syncing platform that adds business intelligence dashboards built from data feeds from multiple connected apps.

Maestrano decided early on to go the white-label route – it powers PwC’s cloud accounting platform, PwC Next and a NAB small business platform currently under review.

Many CRN readers would be familiar with Zapier, probably the best known and most heavily marketed of new apps. It can not only sync data, but trigger different actions based on conditions you can program with recipes.

It’s these recipes that hold the most interest for resellers. Zapier, like OneSaas, targeted SMEs with apps such as MailChimp, Xero, QuickBooks and Trello.

The next breed are targeting enterprise apps. TIBCO, which calls itself a “global leader in integration and analytics”, has developed a similar framework to the Zapier model. It connects to about 90 apps including SAP, Oracle Eloqua and JD Edwards, Sun Java Systems and other high‑end tools.

TIBCO has spun off an SME version called TIBCO Simplr, which comprises online forms, data flows and automated sequences. The enterprise heritage is obvious in its error reporting, which is easier to see than it is with Zapier. Next to Zapier, Simplr is blessed with enterprise looks only a developer could love. Another app, Workato, produces similar recipes.

There is a world of workflow automation waiting for enterprising resellers, and the possibilities are unlimited. Salesforce is a rich area for interesting little workflows that keep data freshly updated.

Of course, this requires an understanding of your customers’ daily lives on a more intimate level than many resellers would experience. But that’s exactly where you want to be: in the centre of your customer’s business, indispensible and puzzling out better ways of working.