Why Australian companies reverse out of the cloud 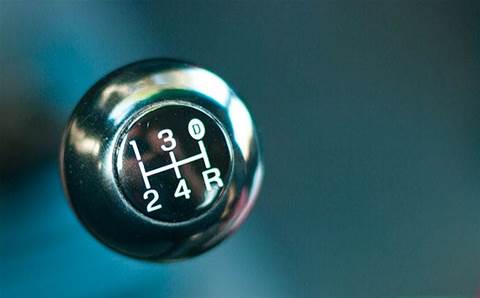 Australia's tyranny of distance is partly responsible for our much-maligned internet speeds (the country's politicians also carry their share of the blame). Akamai's Q1 State of the Internet report ranked Australia 50th in the world for internet connection speeds – our 11.1 Mbps on average lags behind the likes of Thailand, Lithuania, Latvia and Kenya.

The cloud demands fast, stable internet connections, and this has proved the downfall of plenty of cloud migrations.

Nowhere is this more apparent than voice and video, where latency issues have been known to curtail the shift to unified communication-as-a-service.

"Unless a client has a direct MPLS connection into the data centre then the voice is delivered over the public internet. This makes the cloud service or app unreliable if the internet connection isn’t seriously spec’d for purpose, which some customers just seem to ignore."

Fast Track was called in to rescue a multinational recruitment organisation when "their former supplier didn’t address this and ultimately we remediated their solution, which was a cloud rip and replace. Not an insignificant undertaking – especially as the configurations were held in a cloud service managed by others. and we had to start from scratch," Ball said.

The client moved to Mitel as its replacement, though Ball would not name the previous vendor.

Connectivity is doubly problematic in regional and rural Australia. Shane King, owner of Ask Itee in Muswellbrook, said a law firm's attempt to move to hosted Exchange was derailed by telecommunications.

"Comms was not up to the task. We are in a regional area where ADSL2+ is the best you’ll get," said King. "Contention and reliability of the ADSL, not an issue for browsing and email, suddenly floated to the top as a critical component. The telco tried a number of things but in the end conceded it wasn’t going to get any better unless we went to a more expensive digital service, which blew any costs savings out the window."

After 12 months, the law firm had enough. They paid out the hosting contract and returned to on-premises.

They're not alone in being once bitten, twice shy by a poor cloud experience. Peter Kantarelis, chief executive of Lookup.com in Sydney, said one of his customers "wanted us to put everything into their own data centres for now" after the "previous IT company did a terrible job of migrating to cloud".

"Turns it was their private cloud with poor performance. Customer was tied to three-year legal contract that only favoured the IT company."

Kantarelis added: "With Aussie internet being so far behind the rest of the world, we have found best practice is to have hybrid systems where some workloads are synced with cloud. This removes lag and improves speed at the ground level, while maintaining redundancy. You get best of both worlds."

One of the prime attractions of the cloud has long been the promise of massive computing grunt at a fraction of the cost of building your own high-performance system. But while the public cloud boasts an incalculable supply of VMs, performance problems can plague applications when they are improperly migrated or poorly architected.

A client's Microsoft SQL database that required low latency and reasonable I/O ran "like a dog" when it moved to an overseas cloud provider, said Les Dunn, general manager of sales at Brisbane-based Aliva.

"The customer had persisted with intermittent poor application performance for over six months, because the previous provider kept on making promises that things would get better. The IT team, particularly the service desk, received consistent complaints regarding woeful app performance.

"The provider proposed WAN acceleration to enhance performance, but would not deliver a free proof-of-concept. So the customer saw this as a possible fix but a wasted investment if the acceleration didn’t significantly reduce the underlying latency issue."

Ultimately the application was migrated back on-premises; thankfully the client had hung onto its infrastructure as a contingency.

Paul Cowle, chief executive of North Sydney-based Fusion Professionals, draws a distinction between legacy application that are migrated to the cloud versus cloud-native apps.

"We've found that net new applications – typically web apps and websites – constructed from the ground up with autoscale, autoheal and continuous delivery in mind generally work well. It is the legacy, off-the-shelf applications that don't behave so well.

"They are not designed around ephemeral storage or dynamic scaling. In fact, they can be more complex to manage in this type of environment as compared to, say, VMWare, where the workload can by dynamically moved with zero downtime to achieve certain operational outcomes," said Cowle.

He is particularly cautious about data analytics and BI apps, and has seen clients exit the cloud for highly memory intensive apps due to the high costs involved. "The problem is they require so much memory that you end up on the largest of the available instance types and these are extremely expensive, much more so than having your own on-prem servers that you pay for once and can use for years.

"They also don't handle autoscale or autoheal well due to the fact that they need to write back to disk, so you don't get some of the perceived benefits," Cowle added.

Next: When the architecture is just plain wrong