Why backup and DR is leading the cloud opportunity 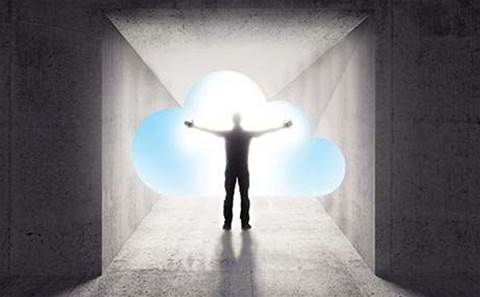 We’ve been hearing about cloud services for years. How the cloud represents a golden opportunity to evolve from being a pure reseller into a managed service provider. But is it real or just the latest hype from an industry beset by pundits crowing about the Next New Thing?

Of the myriad use cases for infrastructure-as-a-service, backup and disaster recovery (DR) have been some of the clearest growth areas.

To find out the real-world impact of DR-as-a-service and backup in the cloud, CRN spoke to several vendors, MSPs, resellers and customers about cloud-based data availability.

Scott Meddings, technology strategist at Symantec, says the market is growing. He quoted research estimates of recovery-as-a-service being a $5.7 billion market by 2018, with a CAGR of 55 percent.

“We’re seeing a lot of our resellers move into this managed service space. Channel partners are requesting it,” says Meddings.

“Larger customers are building private clouds, but also hybrid environments. DR to a public cloud is good for small to medium customers. Symantec needs to support them all.”

The experience of Darren Warner, regional director of Infrastructure & Operations Asia Pacific at real estate company CBRE, suggests there’s solid opportunity for the channel in helping customers move to the cloud. “Moving to cloud has been a headache, particularly for smaller organisations. If someone can take that headache away, that’s valuable.”

CBRE has virtualised its infrastructure aggressively since the Brisbane floods of 2011, and uses backup software by Veeam to move data between data centres throughout the Asia-Pacific region. Moving data to the cloud is the next logical step, according to Warner.

Customers are also asking for hybrid solutions, says Michael Fortescue, director of NSW sales for NTT Communications ICT Solutions. “Customers are learning that not all clouds are created equal.”

Keeping some data on-site, while moving other data into and out of – even between – different clouds, can help customers take advantage of the best prices, says Fortescue.

NTT is a CommVault partner, and provides an archive-as-a-service that is unique in the Australian channel.

Ronnie Altit, managing director at leading Symantec partner Insentra, agrees that resellers can bridge the knowledge gap. “People underestimate the complexity of moving to the cloud. Having a DR site adds complexity to an environment. If a customer doesn’t have the expertise to manage these environments, they can rely on the channel to help them.”

While everyone CRN spoke to agreed the overall market was growing, the battle for share is driving prices down. “The big guys are buying market share,” says Altit. “Once they’ve got the customers, it’s harder for them to get out.”

The price war means that “cloud is more cost effective than having your own DR site”, says Altit, but he cautions against creating yet another hosting business. “There are hundreds of new businesses. Desktop-as-a-service or physical hosting of a DR service – it’s a rat race.”

We’ve seen plenty of evidence of the dropping price of commodity cloud offerings, with Microsoft publicly committing to match AWS pricing for compute, storage, and bandwidth earlier this year. Cloud storage prices at Azure were as little as 2.5 cents per GB per month at time of writing. That’s about $300 per year for a terabyte of redundant storage.

Altit isn’t suggesting managed service providers start building out their own cloud infrastructure. To do so would require hefty investment, not to mention assuming risks around performance and security.

Investing now may be too late. “Any integrator with a long-term vision has been investing [in managed services] for some time. Starting from scratch now means significant capital investments just to catch up,” adds Altit.

Security and performance issues are not limited to private infrastructure. Even the sophisticated global public cloud providers have had issues, with highly publicised outages from AWS, Google and Azure.

Meanwhile, a slew of data exposure scandals from major organisations has brought the security of information systems into sharp relief.

“None of these are new issues,” says Fortescue. “No matter where the data is located, you still need to be mindful of the security of that data.”

How can channel partners make money if cloud is a bottom-dollar commodity infrastructure? They must layer their value on top of the platform.

Fortescue says channel partners shouldn’t try to compete with public cloud. “The large cloud providers are selling a commodity. They have to, at that scale. But you don’t get personal service from them.”

One of the virtues of public cloud is the standardised set of services, but they can also be confining. The reseller understands the client’s business, says Fortescue. “They know what you need, and they care. To the large global providers, you’re just another customer.”

CBRE’s Warner praises channel partner BEarena. “BEarena was one of the first Veeam partners in Australia, and they partnered strongly. They helped us with what we were trying to achieve.”

As Warner looks to move data into the cloud, he will continue to involve BEarena. “We’ve had a relationship with them for quite a while. I’ve no reason to look at any other partner.”

In terms of budgets, Warner expects to pay based on disk used, “but I haven’t given too much consideration to pricing yet”.

His number one concern is how you connect – the network. It is here that partners often fall down. “They never give you the details of how you connect in with it: how you pull or push data in and out of the service.

“Connectivity can be varied, so you need to choose your partner carefully. Public internet will never give us the capability. We want a private link,” Warner adds.

And with the government recently announcing that the majority of premises will receive fibre-to-the-node delivering “the minimum data rates required by the federal government’s broadband policy”, the public internet looks likely to remain a poor option for businesses needing to access storage in the cloud.

Retaining customers comes back to service, says Greg Wyman, Asia Pacific vice president for StorageCraft. “If all you’re doing is acting as a middleman and not adding value, your margins will probably be very slim and it will be difficult to retain ‘sticky’ customers. If you’re delivering additional, value-added services – for example, testing recoverability of the backups – you’re able to be much more ‘sticky’ to a customer.

“Once the customer trusts you with their most valuable asset – their data – it becomes easy to up-sell and cross-sell additional services,” he says.

If you’re designing a DR-as-a-service offering, what should you include? It has to be more than just a gateway to a public cloud. Partners and vendors expect to provide a variety of services, bundles, and prices matched to individual customer needs.

At a recent breakfast hosted by CRN, Veeam’s APAC technical director, Charles Clarke, stressed the opportunity for channel partners. Veeam Australia is adding around 3,000 new customers every month, and every sale is made through the channel. In the most recent quarter, Veeam grew its number of Pro Partners by 28 percent – it now has 1,322 partners in Australia.

Veeam is working closely with Microsoft around opportunities for backup to the Azure public cloud, especially since the launch of local points of presence in Sydney and Melbourne. It comes as Windows Server 2003 approaches end of life.

Cloud-based DR guarantees backups are geographically isolated, decreasing risk. This is what Warner wants. “I want to have backups outside my own premises. Right now we have a risk that our backup staff could wipe our backups.”

Mitigate tech risk in your business
By Justin Warren