Why can't disties cash in on cloud? 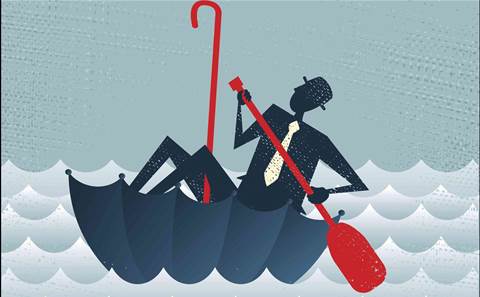 Could the cloud have driven Dimension Data out of distribution? Last month, CRN broke the news that Express Data, one of Australia’s largest IT distributors, had been sold to ASX-listed Dicker Data.

The sale came after a disastrous year for ED. In the year to 30 September, revenue had slumped 8 percent to $798.5 million. But the real concern was the dive in profits – from $9.9 million to $2.7 million.

Internal numbers at ED suggest that the fall in profitability could be due in part to the centralisation of IT hardware purchases. “We have gone from 15,000 resellers down to 2,000 when you look at who writes 98 percent of the business,” outgoing marketing executive Peter Masters told CRN when he quit in November.

It’s worth asking in this case whether the decline in hardware sales is due to the replacement of physical servers and equipment by virtual machines run by Amazon, Google and Rackspace.

Cloud computing has proven that it is more than a trend; it is a reorganisation of how computing products and services are supplied. The internet has proven to be the most effective distributor of computing to businesses because the raw computing power can be delivered directly to where it is needed. No distributors required.

The ongoing conundrum enveloping distributors is what place do they have in the world of cloud computing? How do you become a distributor of cloud services?

“No one is doing it well. The opportunity is significant and whoever gets it right is going to do very well,” says Danny Moore, chief executive of Express Online, the online arm of Express Data – soon to be part of Dicker Data.

While cloud-focused distributors such as NewLease focus on the enterprise technologies, the rapidly evolving SMB landscape, driven largely by cloud accounting and productivity suite vendors, has caught Moore’s eye.

“Anyone establishing a small business must look at a subscription model for all their IT infrastructure and the services that roll on from that,” Moore says. “This SMB play is largely neglected [by distributors] and no one has got it right.”

Express Online’s Productivity Plus roadshow was built around two very strong brands: Apple and the highly successful cloud accounting program Xero. The latter has built up an ecosystem of vendors in its own right that includes point of sale, field management and other vertical-specific applications.

The series of events was a success, Moore says. Some 30 to 40 principals showed up from traditional Express Online resellers, many of them Apple dealers, in Perth, Brisbane, Melbourne and Sydney. The vendors included Apple, GeoOp, Vend, Xero, Cisco and Mobile Iron, who provided examples of solutions made up of bundled cloud apps and a tablet.

Attendees were highly supportive of the event, even if some weren’t fully across the concepts involved in cloud software. “The message was bang on, there is no doubt of that,” Moore says.

The goal of Productivity Plus was to bring together new opportunities for Express Online’s resellers. But Moore freely admits that the roadshow was a “preliminary education piece”, for the distributor as much as for its partners.

“We didn’t have a clear distie strategy at that stage. It’s not just taking our hardware and software in a traditional reseller sense. It was to open the eyes of our resellers, where the cloud space is heading and set up relationships with those [vendor] partners,” Moore says. The ultimate goal was to drive more sales of hardware and software through Express Online and Express Data. But the distributor hasn’t established commercial relationships with any of the vendors involved because it is still working on the correct model, Moore says.

One question is whether the event attracted the right type of reseller. Moore says the event should have been broader than it was and targeted end users and customers. Next time, Moore says he will market it through the vendors’ contacts rather than just Express Online’s database.

“If you look at Xero’s customer base, they are primarily accountants. These guys are moving into advisory roles around IT, and when you’re talking about packaging solutions and this amazing customer base, it’s a natural extension to hardware and infrastructure,” Moore says.

Moore expresses frustration that only a few seem to have grasped the potential and built a successful model for selling cloud services.

“Some small guys have done it right but they don’t have the breadth or the capital. You want to bundle up hardware, apps and services and deploy them,” he says.

The best advice Moore gives to resellers moving to cloud software is to look beyond SaaS as a primary revenue stream. The tiny margins make it unsustainable as a sole source of revenue, but that misses the point. “Even if you’re earning $2 a month from a customer, that customer is hooked into you. Then you’re getting the services and the annuity income, and the stickiness is there,” Moore says. The problem for distributors is that in the mix of selling hardware, software and services, there used to be enough margin to share in the first two. Margins in cloud software are tokenistic, which means the reseller has to rely on services to make a profit. But the distie can’t take a cut of change management, training or set-up and installation services because it doesn’t supply them.

So how does the distie make any money? “I don’t have the answer,” Moore says. “I just don’t have it clearly in my mind yet how it can be done effectively, where all parties can make money. Or is it a completely new model where a distie can’t be involved? If there is an answer, we will come up with it before anyone else. But it’s damn interesting in working it out.”

Disties look inward instead of outward

Despite a lot of talk about the cloud, few resellers or disties seem to have developed viable business models. The industry is gripped by rounds of consolidations and cost control which is distracting players from focusing on developing a cloud strategy – and failing the resellers it is meant to support, says Danny Moore, CEO of Express Online.

“That’s where the channel has probably let down its reseller partners. We haven’t come up and provided those solutions. It’s not completely up to the reseller, it’s up to the distie channel to help with that,” Moore says. “There are some new players doing great stuff but a lot of the channel is still focused on short and medium-term objectives.”

The recent acquisition of Express Data will cause further navel gazing as Dicker Data attempts to merge the two cultures and draw the greatest synergies from the combined enterprise.

“There’s no doubt that whenever these major transactions take place or companies are not making profits it naturally drives you to a short to medium-term view rather than a growth phase,” Moore says.

While an acquisition is essentially a long-term play, “you know you’re going to be consumed for a while in integrating those businesses”.