Why feeling good is good for business 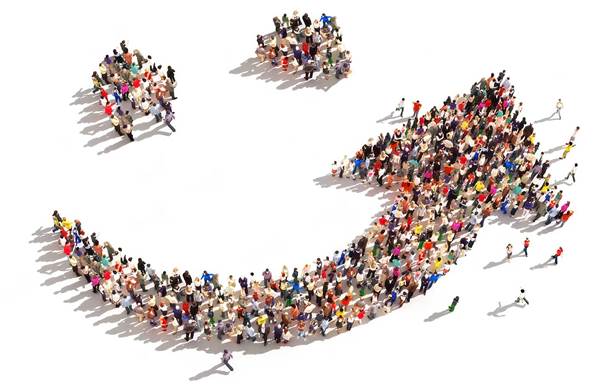 How you feel affects how you work. It’s a simple fact that the world of business is catching up to. Instead of overworking people into the ground (well, unless you’re Jeff Bezos), companies are discovering that emotion has a price tag. Happy staff equals more profits.

This is a really interesting trend that is worth watching – for the benefit of our own business as much as your customers. I’ve come across several emotion-focused applications that have clear financial benefits.

The most obvious one is the recently announced Apple Watch 4. It always had mindfulness and meditation apps, but now it also has more advanced health features that measure your heart rate and conduct an ECG test. It is becoming the de facto standard for tracking health in busineses.

One of the largest insurers in the US, John Hancock, requires all its customers to join its Vitality program, which rewards them for choosing healthier lifestyles.

Those who choose to share fitness data from a device like an Apple Watch or Fitbit can earn rewards. A free version of the Vitality program, called Vitality Go, gives customers access to expert fitness and nutritional resources and personalised health goals through a smartphone app and website. They receive discounts at major retailers when they reach certain health milestones.

A paid program, which costs US$2 a month, provides discounts on life insurance premiums.

Today, corporations understand that promoting employee health and wellness isn’t just an HR perk, it actually saves the company time by helping to cultivate a culture of healthy choices – the healthier the employees, the more efficiently and effectively they’ll work, all while using less sick and medical time.

Apple Store employees run one-to-one sessions to personally calibrate the Watch and its team-building features. Aside from providing the usual exercise-oriented tools, the initiative promotes meditation and deep-breathing apps as a way to deal with high-stress environments.

Emotion-focused applications are also being used during VoIP telephony sales calls. DialPad, a relatively new entrant in the softphone space, acquired a company called TalkIQ, which applies algorithms to speech.

DialPad has integrated the software with its calls to display real-time sentiment analysis. It identifies signals of positive and negative intent in customers’ conversations. A supervisor can intervene in a call between a call-centre agent and a prospect if the sale is going off the rails.

This sentiment analysis, which feeds into NPS scores, is powered by Google’s Cloud Natural Language API on the Google Cloud Platform. It can also be integrated with other services and products (hint, hint).

COMMENT There’s another emotion-focused application that’s more impressive. I met an accounting firm in Toowoomba that had started using a new HR work performance app called EverPerform, which is from a company based in Melbourne. EverPerform does all the usual staff management stuff, such asking about your team’s goals, your personal goals, your milestones and deadlines. But it also has another, ingenious feature: it sends a survey to each staff member at the end of the day.

The survey includes five simple questions that gauge how an employee is feeling. It asks if they understand what they’re supposed to be doing, if they have enough support from their manager, and if they feel like their work aligns with the purpose of the company.

The firm has connected its practice software to EverPerform, allowing it to graph staff productivity over time by measuring tasks completed. The results of the survey are mapped over the productivity graph, which results in one line rising and falling with the level of productivity, and another line indicating the level of employees’ happiness with their work.

Guess what the firm noticed? The two lines track each other. When the employee is having an off day, their productivity suffers. When they are walking with their head held high, they get a lot done.

Yes, this stuff is a bit creepy and Orwellian. But the employees that I spoke to at the firm love it. The manager can spot any issues on a weekly basis and have a chat, rather than finding out six months later that the employee didn’t know what they were supposed to be doing.

Try this stuff out for yourself and see what you think. And keep an open mind about whether emotion is a feature you should build into your products and services too.